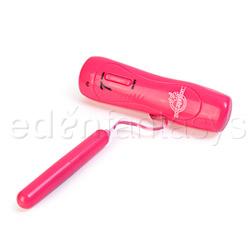 A Cheap Bullet That Works?! Yay!

The Wonder Bullet Xtra Long is, well, an extra long bullet. It's main use is a clitoral stimulator, though you could use it for external stimulation anywhere you'd like. You could, in theory, insert this vaginally. It's small diameter doesn't really lend itself to this and even those who like smaller things for insertion probably won't get much out of it. Don't let the cord fool you, this should not be used anally. The cord could easily come attached or rip and the bullet would inside and you'd be at the ER. Not so fun.

This bullet could be used for solo or partner play. The only thing I would say about partner play is that because it is corded that the cord can get tangled and in the way during foreplay and sex. This is rather unfortunate because the slim shape is really ideal for use during sex.

Wonder Bullet is made of plastic, putting it at an 8 on the saftey scale. Both the controller and the bullet are made of very shiny plastic. There is no coating to it, so you won't get any plush between you and the plastic. It's not the metallic kind of plastic and for some reason feels less hard to me because of this. That might be my own mental thing, though. The plastic is very smooth and has no added texture. There is, however, a seam that connects the two halves of the bullet. As this isn't meant for insertion, this shouldn't be too big of an issue.

There is no plastic odor to the bullet. I could not detect any taste to it either.

Beginners and advanced users should be fine with the material, granted that you like a harder external stimulation. It is rigid, so if you like some give this isn't the bullet for you.

The Wonder Bullet Xtra Long is thus named because it's longer than a traditional corded bullet. It comes in at 3 inches long, more the size of a wireless bullet. It's only 1cm wide all the way down. The controller is 4 inches long and 1.25 inches wide. 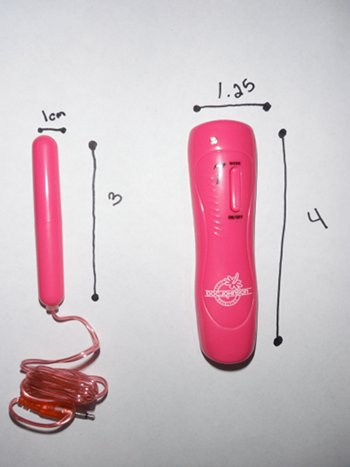 Both the controller and the bullet fit nicely in my hand. I can hold them both easily at the same time, but I took the pictures separately so you could see the details on each of them as well. 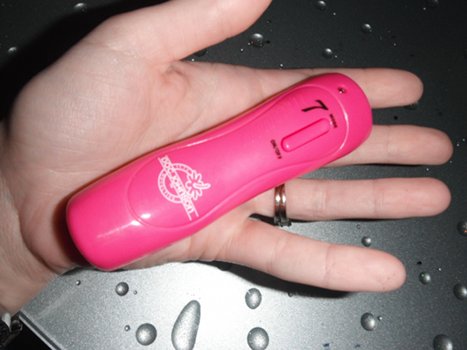 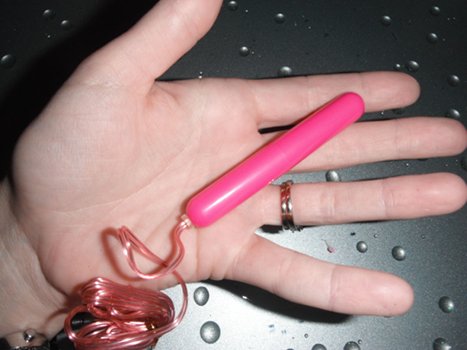 I like the size of this bullet because those tiny little corded bullets are a bit hard to maneuver. They seem to slide all over in my fingers and then my fingers go numb and generally I just get annoyed. I figured this would be a better solution and for the most part I was correct. I especially like the 1cm width because it allows for great pinpoint stimulation, of which I am a big fan. For those that like broad stimulation, this bullet clearly won't work.

Because it's so small, this bullet is easy to quickly stow away from prying eyes. It's not the most discreet since it's a pretty hot pink color and still looks like a vibrating bullet. If you're worried about people finding it, this one should be easy enough to hide.

The first three functions are constant speeds from low to high. I would say these start at a pretty high level, probably a low three vrooms and get up to a four. I'm actually really impressed with the power of this little bullet! It's rare when a cheap bullet does anything but tease me, but this one was surprisingly satisfying. The downside of the vibrations is that they are VERY buzzy. Almost clit numbing levels of buzzy. Now, it takes very high levels of buzzy to get to me not to like something and it wasn't quite to that point, but it was edging on it. It will also start to lose some power when you apply pressure, which is always a downside for me as I'm a pressure hog. You'll have to use a light touch if you want the full four vroom impact.

The next few modes are patterns. The first goes through the speeds but jerks through them where you can feel the change from each. The next two are pulses at moderate to high speeds. The seventh feels like another constant mode to me, but maybe I'm missing a subtle pattern in there. I can't attest to the efficiency of the patterns because I never use them. I dislike patterns personally and really they could not be there and I'd be just fine.

This isn't the noisiest toy, but it isn't quiet either. I can't muffle the sound through covers but I can't hear it through a closed door. If the bullet accidentally hits the remote, you can definitely hear it from across the room because it makes a racket.

The bullet itself has a cord which attaches to the remote. This basically means it's not waterproof. Don't get the cord near the water or you risk losing the bullet. It's an easy set up to use though for anyone concerned about that for whatever reason. 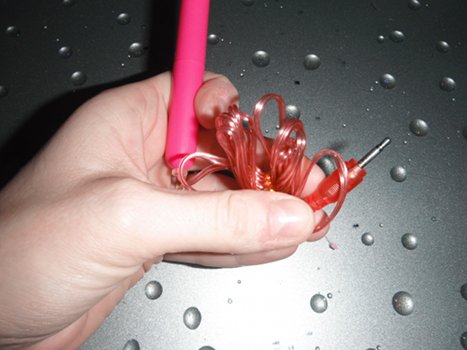 Wonder Bullet runs on 3 AAA batteries, which are not included in the package.

Because it's not waterproof, caring for the Wonder Bullet is a bit of a pain. I would recommend either spraying it with toy cleaner and wiping it with a cloth or getting some toy wipes for this. You could also use a very lightly damp cloth and soap to wipe it down.

Plastic can be used with any type of lube you'd like, so choose your favorite.

As a tiny bullet, you can store this any number of ways. For the time being, I'm trying to make the original packaging work but that means I can't unravel the cord lest I never get it back in the package. You could keep this in a drawer, but again if you unravel the cord it would be a bit messy. Some type of bag or pouch would be most ideal.

The Wonder Bullet comes in a plastic hanging type package. It's clear with a paper backing insert. The front says "7 Functions Wonder Bullet Xtra Long" with some bits and pieces about the bullet. The back has a blurb about the bullet, essentially selling the product, and going over the battery information. There are no instructions included, though it's pretty simple to figure out without them. 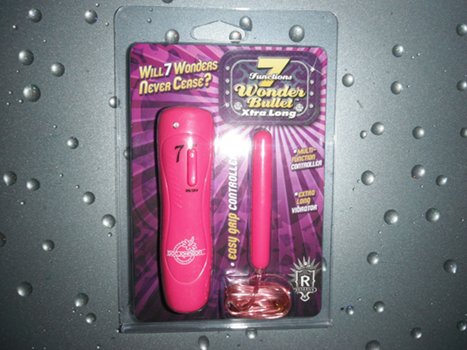 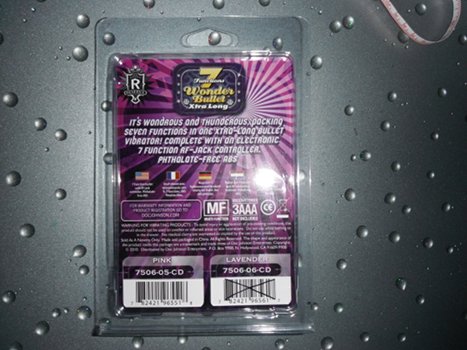 The packaging probably isn't the best for gifting and really isn't ideal for storing. To store this, as mentioned, you can't unravel the cord. That's what I'm doing right now because I'm on a kick with keeping things in their original package for some reason, but I really can't see keeping this in there for long.

I would recommend this to anyone that doesn't mind buzzier vibrations and is looking for a moderate to higher level power bullet. It's not the strongest thing out there, but it does have a kick to it. I also highly recommend it to those who like pinpoint stimulation. At the price, it really can't hurt to try this if you know the buzziness won't bother you. The buzz and the losing power when pressure is applied are really my only two complaints. As always, I wish it were a five instead of a four in terms of vrooms, but as a cheap bullet I'm satisfied.