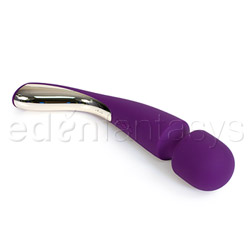 If you're looking for a discreet massager which can also be used for clitoral stimulation then I would highly recommend the Smart Wand Medium or Large. They're both discreet, strong, quiet, and rechargeable - what more could you ask for in a toy? The Smart Wand Large is larger and stronger than the Smart Wand Medium.
Pros:
Discreet & waterproof design
Rechargeable
Quiet & deep vibrations
Cons:
Vibrations felt through handle
Vibrations slightly lost when pressure is applied
Rating by reviewer:
4
extremely useful review
The Smart Wand Large from LELO comes packaged in an outer box with some details about the product. Inside the outer box is a beautiful white box. My Smart Wand is purple and it has a chrome looking accent on the handle. 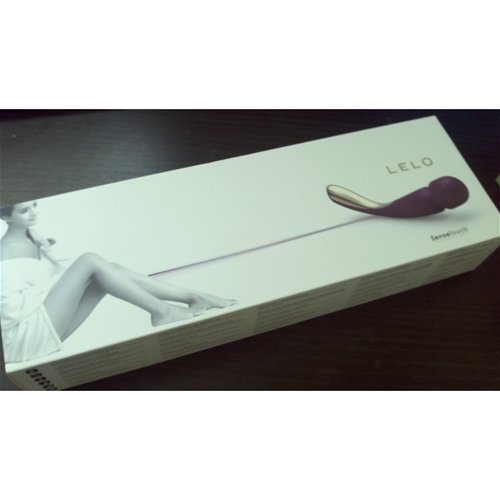 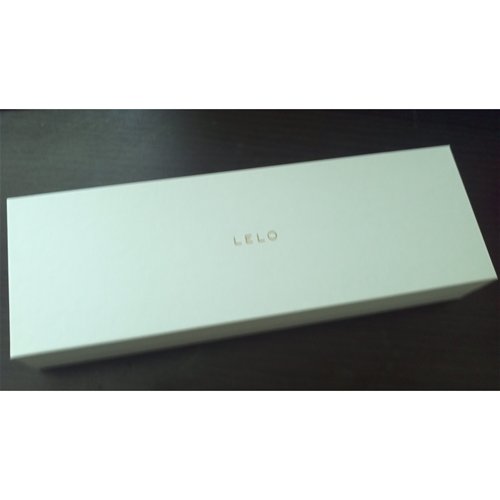 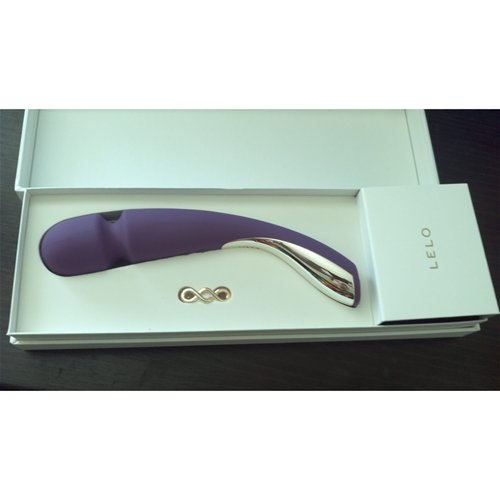 When I first opened the box I was a little surprised how large the toy is. It weighs about 14 ounces. It measures a total of about 8 1/2 inches long and the handle is about 12 inches long and curves for added comfort. The head measures about 2 1/2 inches with about 2 1/4 inch diameter. It is made of a super silky silicone and has no noticeable seam. Silicone is rated 10 on the Eden Fantasys safety scale. Silicone is also very easy to clean with just some soap and warm water or toy wipes. I would not recommend putting this toy in the dishwasher or boiling it because of the electronic components inside. LELO says this toy is waterproof but the charging port at the base is exposed. Since this is a silicone toy, only water based lube is recommended. LELO even provides a sample of their own personal moisturizer to try with the Smart Wand. When I first opened the package the silicone smelled a tiny bit like licorice like my Smart Wand Medium. It did not taste of anything. The Smart Wand Large comes with a nice strong neoprene like case to store it in too.

Charging the Smart Wand is easy with the included charger. The cable measures about 5 feet long and has a label on it saying that it's only for use with the Smart Wand Large and not to use it with other LELO products. The Smart Wand Large and Smart Wand Medium as you might expect, have similar looking but different chargers and mixing them is not recommended. The charger connects at the base of the Smart Wand. While it is charging the light on the control pad blinks and when it is fully charged the light goes solid. When I received my Smart Wand it was already partially charged. Full charging takes about 2 hours and should provide about 2 hours of use.

The control pad on the Smart Wand is well designed and the buttons are easy to press but not easy enough that you accidentally press them. The control pad features 3 buttons a + button, a pattern () button, and a - button. To turn the toy on just press the + button and keep pressing it until you reach the desired vibration intensity. If you want to explore the patterns then just press the middle pattern button. If you want to turn it off or decrease the vibration intensity then just press the -. To turn it off you can hold in the - or keep pressing it until it shuts off. It also features a travel lock which is enabled when you first get the toy. To disable the travel lock just hold the + and - keys together until the light blinks. Enabling the travel is done exactly the same way.

The Smart Wand has the Sensetouch technology. To enable it, just turn it on to your desired intensity and then hold the pattern button for a few seconds, until the light blinks. Now the Sensetouch technology is activated. This allows for you to only use the vibrations when it's touching your skin. This feature can potentially save some battery life and it allows for some new ways to tease. When Sensetouch is enabled it vibrates very softly and when it touches skin the vibrations start to gently increase to the intensity level selected before the Sensetouch was enabled. When in Sensetouch mode you can also use any of the available patterns. In sense touch mode if you don't touch skin after a minute the Smart Wand will turn itself off to conserve battery power. 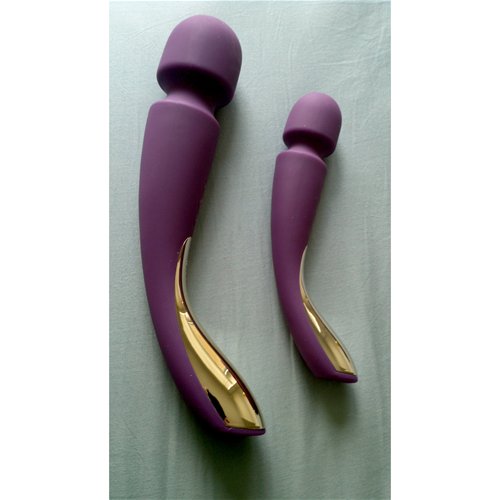 The vibration patterns and number of patterns is the same. The controls are also the same. Both feature the Sensetouch technology which operates the same. The main differences are in the LELO provided storage pouch and the vibration intensities and sizes of the toys. The Smart Wand Medium comes with a white satin pouch much like the other LELO products I've purchased in the past. The Smart Wand Large comes with a much larger and stronger neoprene like case which is black with some purple stitching accents. 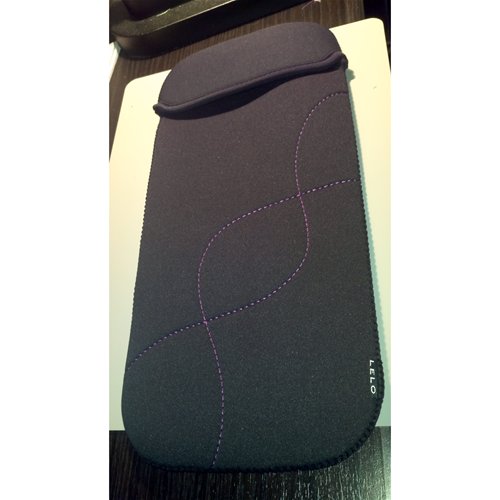 The Smart Wand Large does have significantly stronger vibrations and is more rumbly than the Smart Wand Medium. The Smart Wand Large does have however as mentioned before strong vibrations in the handle while the Smart Wand Medium didn't exhibit this issue.
Follow-up commentary   I still like it 3 months after original review
This smart wand is more powerful than I had expected. I find that the head is just too large for me to use clitorally. It is amazing for body massage though. If you don't mind a large head like the hitachi then you might enjoy this toy clitroally more than I did. I would definitely recommend this toy for body massage.
This product was provided at a discounted price in exchange for an unbiased review. This review is in compliance with the FTC guidelines.