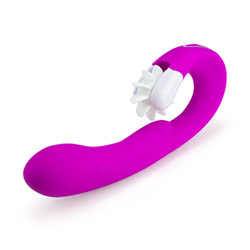 Great design. The shaft is so powerful! Add the soft luxurious rotating petals to your clit, then get ready to explode! This is now my go-to toy.
Pros:
Very Pleasurable Dual Stimulating Machine, Rechargeable, Good Size
Cons:
Has stopped at some inopportune times a few times
Rating by reviewer:
5
extremely useful review

When I unpacked this my first thoughts were: 1) Looks like a tickler machine 2) Shaft has nice shape and very firm. 3) Perfect size and length for me.

It was packaged in a nice box which could be used for storage. There's also a slot for the USB cord as this is rechargeable. I noticed there were 2 control buttons. 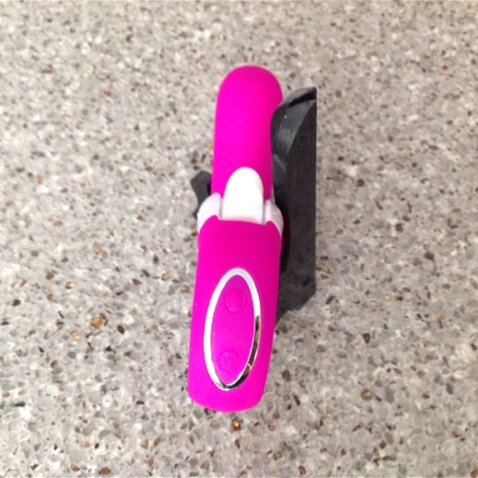 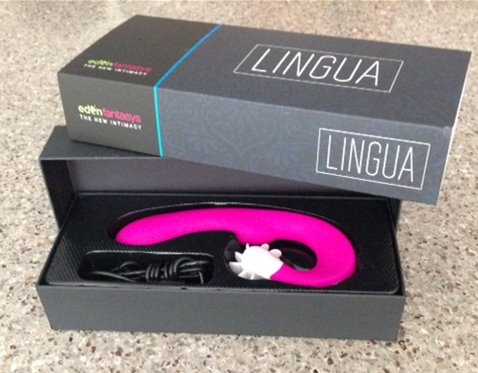 I often use a toy every evening before going to sleep. My husband doesn't mind, actually encourages me. He would have sex every night if he could. I always get new toys. I've been spoiled by Edenfantasy's and hubs. Pretty much a few new playthings every month. I'm not a great reviewer, but do like trying new things.

I started out by using the bulbous shaft on my clit. The vibes felt so very powerful. Just the way I like and need. All the different settings were great. Then I played with the tickler settings. There seemed to be 4 variations of spinning. When I was ready, I got out the lube. I applied some on the shaft and a little on the tickler roller wings. The shaft felt a little big going in. The vibes from it were overwhelming! The button controlling the strength stuck out a little and was easy to find. I toned it down so I could feel the spinning tickler wheel. The steady rolling of the pedals felt really good. Not as good as my husband's tongue but after all, it is just a toy.

I turned the vibrations of the shaft of high and the tickler at the fastest speed and just left it there for about 4 mins. I got two small O's and was about to get another when the toy stopped. I didn't fuss with it and figured the juice ran out. 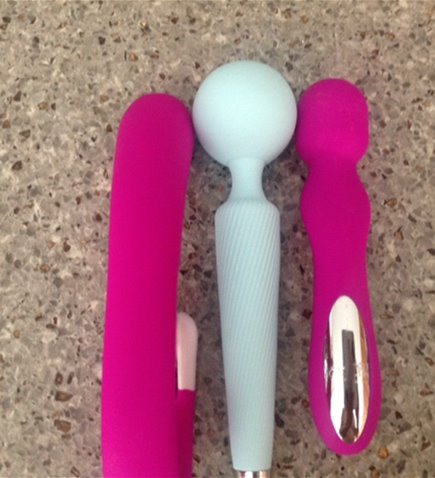 I enjoy strong clit stimulation. Of course, I have the Hitachi, but these ones are so convenient.
These 3 are very powerful on my clit.
Left to right: Lingua, Easy, Pretty Love

The next morning I plug the included USB into Lingua. The light came on to indicate it was charging. After about 2 hours it went off. "Oh, Boy!" Guess what I'm going to do tonight! When it was time for bed. I started with my usual routine.

I positioned the shaft on my clit and let humm me as we watched Netflix. I tell you, the vibes are just so strong. When I felt ready, I lubed it lightly and in it went. The vibes alone almost got me off! I turned on the spinning petals and hoped for a repeat of last night.

Fiddlesticks! Instead of getting an orgasm, the toy stopped instead. I knew I charged it, though. I tried it again, and after a few mins, it stopped again. It seemed to stop whenever I pushed down on the tickler part while the shaft was deep inside. Not wanting to ruin my night I grabbed the Easy Scepter wand. I was, of course, visibly disappointed. Hubs told me not to worry, and he would investigate the next morning. He was very tired after his tough tennis matches. He handed me the Caesar and told me to take care of myself. 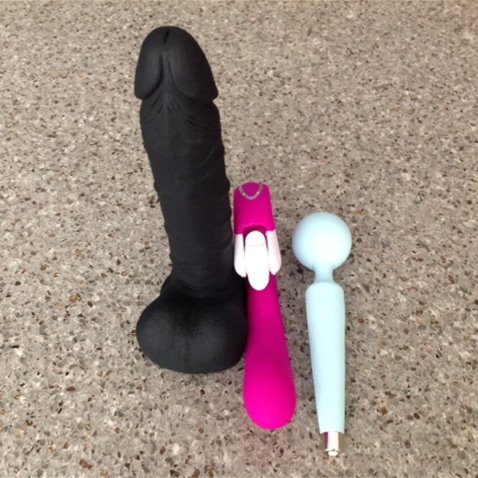 Hubs charged the Lingua and used it on me the following evening. Unfortunately, we had the same experience. It would stop as he pressed the petals on my clitty. However, after powering it back on, it did work. I just wanted some nice clit stimulation, I had enough ukw from the mighty Caesar the night before. I held it upside down, so the petals flickered my clit. I did this for about 20 mins then decided to call it a night.

About a week later, I tried it again and "Pow!" I used the powerful shaft to warm my clit up. I get so wet, didn't need or want to wait for lubricant. In the shaft went and then I turned on the petals. Talk about big O's. Yes ! I had it! I then, of course, took care of my husband. He said that was the best sex he had this year. 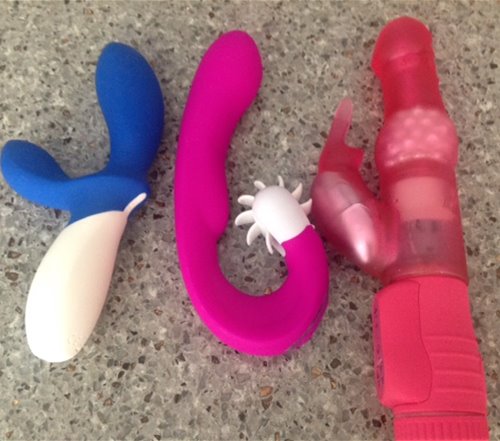 Hub's Loki Wave/ Lingua/ Chica
All of these have big heads and are about 5 inches insertable. Just right to hit my G-spot.
Review on the Chica if you are interested: https://www.edenfantasys.com/sex-toy-reviews/vibrators/chica-powerful-rabbit 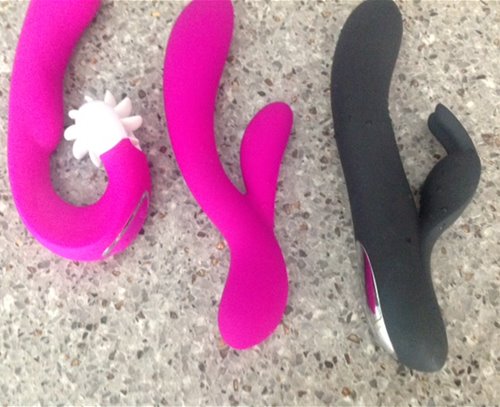 At the time of this review, I have not had an earth-shaking O yet. I have had a few minor ones, though. I do expect one after getting more playtime with it, though. The vibes accompanied with the clit petals should deliver quite the O. The shaft is a good size also. What I really like is the bulbous head. While inside, it stops the toy from sliding out. I prefer not to hold a toy while playing.

Here's my routine after a few weeks of using this.
1) Use the shaft on my clit for warm-up. This goes anywhere from 5-10 mins.
2) Hold the toy upside down and let the petals rub me. This is really enjoyable. Sometimes I just let do this and not go any further.
3)Lube the shaft and petals if needed. Insert and position the petals. While I do feel one coming on, I have stopped short. After all, hubs in next to me and needy. 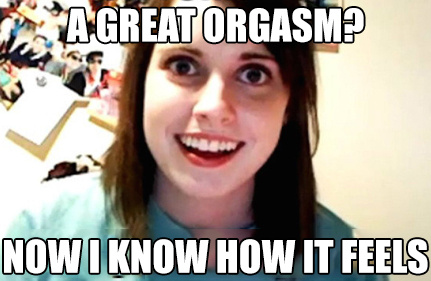