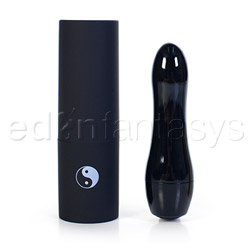 There's so many things to love about the Yin, but sadly it's just a hair short of where I need it to be power wise. It tried its best and came really close, but just wasn't quite there. For those that don't need as much power as I do, I would recommend this. It's sleek design fits nicely in your hand and the curve means your finger won't be along a flat surface. It's less buzzy than most bullets and it's waterproof. Best of all, it comes with a precious carrying case.
Pros:
Less buzzy vibrations than most bullets
Doesn't lose much power when pressure applied
Ergonomic
Cons:
Not quite enough power for me
Rating by reviewer:
3
extremely useful review

The Harmony Yin is a clitoral vibrator in the Harmony series by Doc Johnson. You can get the Yin or Yang, which are two different color options. The Yin is the black version, which is what I have. While it's primary purpose is for clitoral stimulation, you can use this for any erogenous zone that you like vibrations. You could insert this vaginally, but since it's not specifically designed with that use in mind, you won't get the best results that way. You should not insert this anally as it does not have a flared base and is very tiny.

The Yin is great for either solo or partner play. For partner play, it can be used during foreplay or sex. It's small size lends itself to being used during sex because it won't get in the way like larger vibrators can.

The Yin is made of plastic, which puts it at an 8 on the saftey scale. The plastic is smooth and shiny. It is on the harder size of plastic toys, if that makes sense. Some plastics seem to have more give than others. This one has no give. It doesn't have any type of coating on it either, so you will be feeling just the plastic when you use this. If you like a smoother, hard material this will work quite nicely. Those that like texture or something softer should look elsewhere.

The plastic has no awful plastic smell to it, which is nice. It also has no plastic taste.

The texture and material is ideal for beginners or advanced users, given that you don't mind harder surfaces. It allows for more pressure than something softer, which can be ideal for clitoral stimulation. 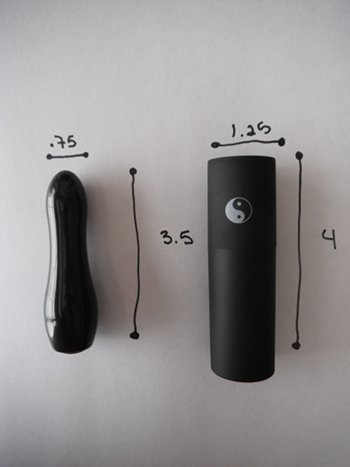 It's about the size of my middle finger and fits nicely in my hand. The carrying case also is easily held and great for carrying on the go. 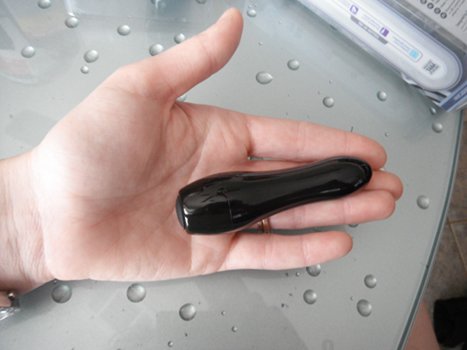 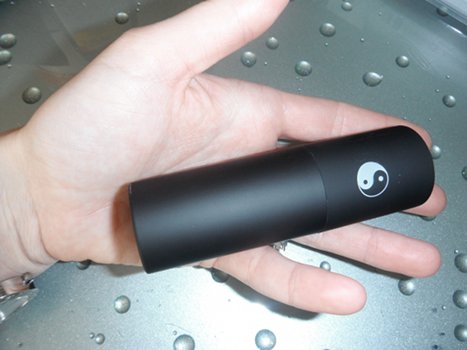 I like the size of the Yin, as it's just long enough to be easy to hold during use but small enough to hide easily or stow away for travel.

I think this size is ideal for all users. Everyone should be able to appreciate the easier to hold style incorporated into the body.

The Yin is a more discreet object because of the curve since it doesn't look exactly like your traditional bullet. I'm not quite creative enough to ever think of something else it could be, but those of you faster on your feet than I am might be able to come up with something if you accidentally leave this out.

There is a button at the bottom of the Yin that controls the speeds. You press this button and it turns it on, changes the speeds, and turns it off. The button is easy to press and located at the base and not where you would hold it, so no worries of pressing it during use. You do have to scroll through all the speeds to turn the Yin off, there is no press and hold off feature.

There are three speeds on the Yin. These are all moderate level in power level, starting at a low level three vroom and working up to a four. A note on the four vroom is that it is a very low level four. As in, just where three meets four. I could probably say high level three and it wouldn't make much of a difference in terms of accuracy here. I debated for a while which one to go with and decided I felt like this was just strong enough to warrant the four rating. However, it will not be enough for power queens. Personally, I need at least a mid to high level four and prefer a five and the Yin wasn't high powered enough for me. Those that prefer moderate level vibrations and want something just a little higher will really like the vibration power on the Yin.

The vibrations themselves are in the middle of buzzy and rumbly. They aren't so buzzy that people off-put by buzzy vibrations would be turned off. They're also not rumbly enough for me to classify them as such. I don't mind buzzy but prefer rumbly and I was really happy with the type of vibrations, especially considering it's a battery operated bullet. Many battery operated bullets fall in the "super buzzy" category and this one didn't.

I also found that if pressure was applied, the vibration speed decreased very little. This is a big deal to me as I prefer a lot of pressure. Since most bullets will lose a full vroom if not shut off completely when pushed down, I was happy that this one didn't do that.

Yin is waterproof and held up just fine in a submersion test. There is an O ring that protects the battery compartment from getting wet.

The Yin runs on one AAA battery, not included. The battery compartment actually comes out and is then placed pack in once the battery is inserted. 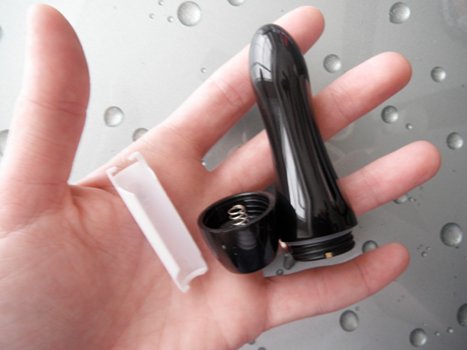 Since it's waterproof, care of the Yin is very easy. You can run this underwater and use soap or toy cleaner to wash it. You could also use wipes or a spray if you prefer. There's pretty much no way to go wrong unless you actually open the battery compartment and run water into it.

Any type of lube is fine to use with plastic, so pick your favorite. Water, silicone, or oil are okay.

Storage is the best part because the Yin comes prepackaged with an adorable storage container. It looks like a small glasses case but fatter and shorter. It has a little yin and yang symbol on it. I love this container! It's so cute and convenient! 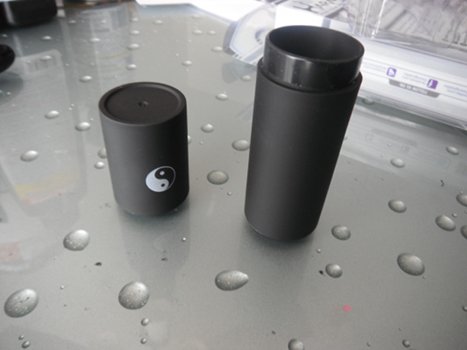 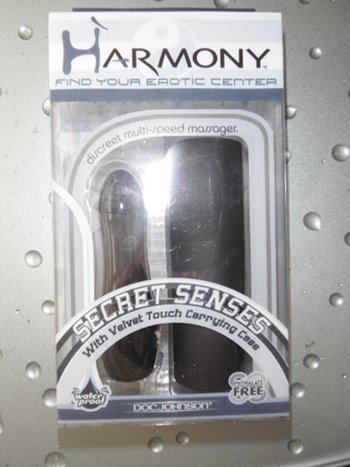 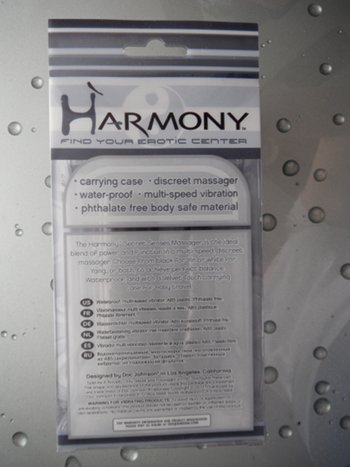 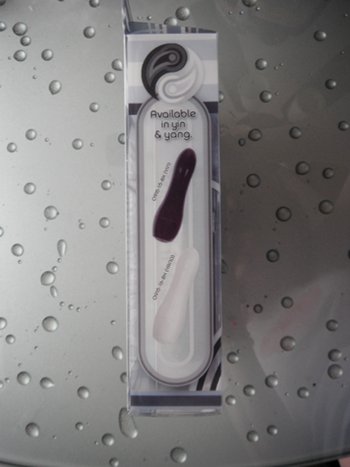 I like the colors featured because the keep with the whole Zen idea of the name, but it's probably not the best for gift giving because it's not very discreet. It wouldn't be great for storage, but it comes with that great carrying case so it's a non-issue.

There's no instruction manual included, but the controls are simple enough that they aren't needed.

I wanted so much to be able to use this on a regular basis. I love the shape and it's incredibly comfortable to hold in comparison to other bullets. The vibrations type is also a lot better. Sadly, the low end four power just didn't quite get me there. The thing is, it came REALLY close. When I would get just there, there wasn't enough power to bring me over the edge.

I do think I'll keep it though because I think the design looks beautiful and the carrying case is too cute to get rid of. Maybe one day my Clit O' Steel will soften and I'll be able to use this. One can have hope, right?
This product was provided free of charge to the reviewer. This review is in compliance with the FTC guidelines.