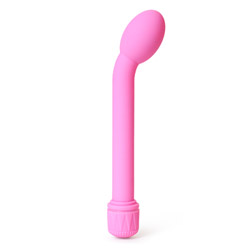 Great vibe, just a bit too big of a bulb

They say you get what you pay for, and for the price you can't beat the Tulip. It has nice vibration and the plastic carries that vibration wherever you put it.
Pros:
lasts quite a while, nice vibrations coupled with large hard plastic surface
Cons:
not so great against the g-spot
Rating by reviewer:
4
useful review
The name definitely struck me as odd. It looks nothing like a flower...in fact, I would have compared it to an egg on a stick. It's pretty simple in design...a hard plastic vibrator, roughly 3/4" in diameter, and at the top you'll find a 15 degree curve with an...well, an egg. At the bottom you'll find a dial to adjust the strength of the vibration, which also serves as the end cap. Just like most basic vibes, unscrew the cover and insert two AA batteries. It's a basic design to keep it waterproof, using a silicon like gasket, so make sure that the gasket is both in place and in decent condition (any water that makes it inside will end up corroding the insides and ruin your toy). Fill it with some fresh batteries, and twist the dial...

At first we played with it in our hands, testing the range and strength of the vibrations. It's actually surprisingly strong. It'll "vroom" with the best of them. As the egg moved southward, it definitely felt great. The vibrations were nice and strong. It passed very well all over the clit and surrounding region, thanks to a fairly large plastic surface on the egg. The angle definitely helps as well, by allowing you to hold the toy at an angle that doesn't hurt your wrist, and delivers the egg right to where it counts. 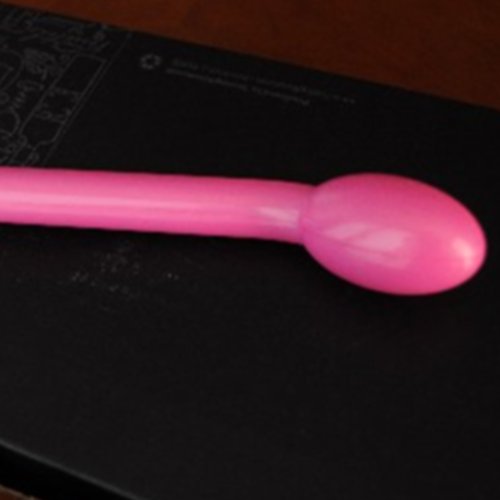 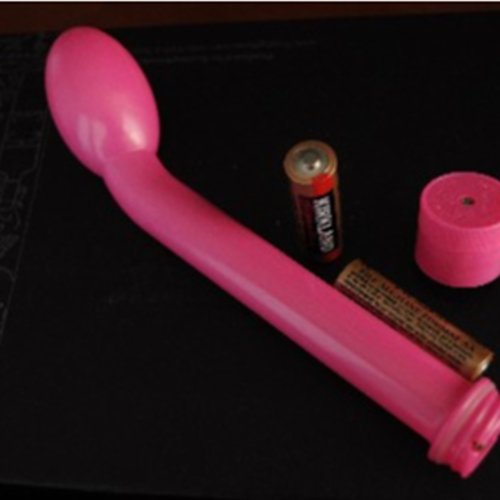 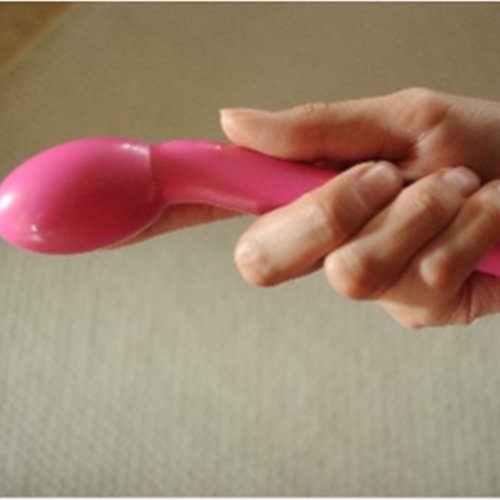 The obvious next step was to push inward with the egg...I mean, it felt so good on the outside, why not? It wasn't the entry that bothered me...it actually felt pretty good on the lips of my pussy. What didn't feel so great was the giant egg against my g-spot. I would have figured that the size and shape would have been perfect against my g-spot, but it just didn't feel that way. While the vibration was great, the pressure from the size of the egg was a little too much. And don't think it's my size, because while I'm not skinny as a rail, I'm definitely not a large woman by any measure.

The batteries last quite a while. We've used the toy for periods of 30 minutes at least, and after 3 or 4 uses, it still buzzed strong. I can say that it lasts pretty well with good, fresh batteries. We've kept it around for foreplay on the outside, usually in tandem with another toy or two. I've yet to use it anally, but I think it would actually do more in the ass that against the g-spot. All in all, I still like it.
Follow-up commentary   I still don't like it 3 months after original review
I ended up tossing this in the trash. Sure, I could have kept it to use on my clit, but I've got better vibes (large and small, some also waterproof) that fit the bill much better. It was a waste of time.
This content is the opinion of the submitting contributor and is not endorsed by EdenFantasys.com