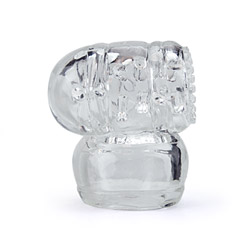 As stated, “This soft and stretchy stroker attachment allows men to enjoy powerful vibrations from a body wand. Enjoy the thick tickler lined interior with the close end for sucking sensations.” The material of this stroker attachment is made up of transparent, body safe TPR, which is hypoallergenic, latex free and phthalates free.

The interior is lined with approximately 30 nodules that are placed all along the inside. These are sure to tickle and add intense stimulation to the head of the penis. The amount or level of vibrations can either increase or decrease the level of stimulation that these nodules can provide. Given that most wand vibrators have variable levels of intensity, you will be sure to find the right speed or setting to maximize your experience.

Right out of the packaging, I did not notice much of an odor, which was great. Also, the material was not very sticky to the touch, which I extremely dislike. Overall, I am very happy with the material. 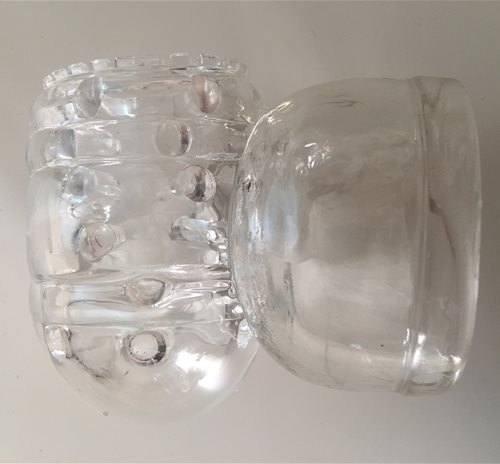 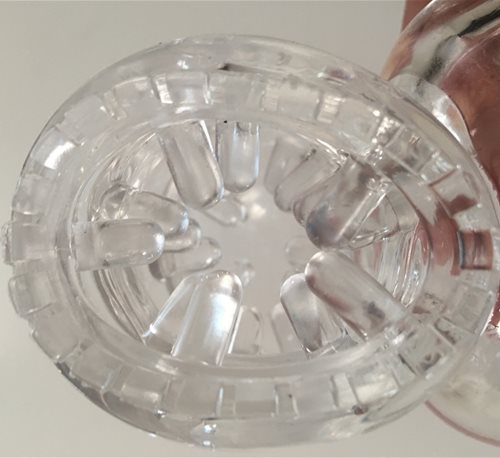 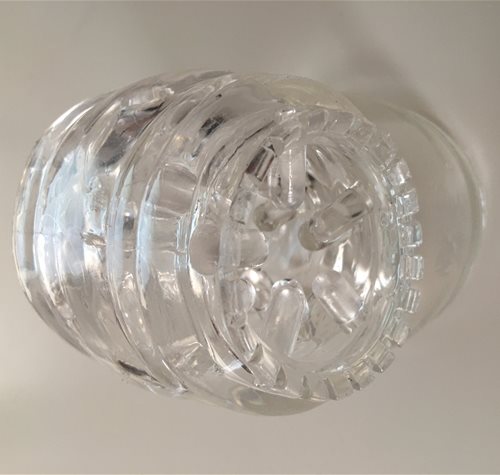 This wand stroker is rather stretchy and can fit most massagers' heads from 2 inches up to 4 inches wide (the majority of wand vibrators fit into that size category.) The size of the stroker portion of this toy will fit any penis with any size and shape. Given that it is close-ended, it is meant for stimulation around the top of the penis where most of the nerve endings are found. The closed end of the stroker is supposed to simulate a suction sensation. Pairing that with the vibration nodules, this male wand attachment can be a game changer for mutual or solo play. Whether you are using this attachment for foreplay or a masturbation session, it is fun to use alone or with a partner! Like I said earlier, it is about time that there is a wand attachment on the market that is only for us, guys!

Personally speaking, I absolutely love when my wife uses this attachment on me. I tend to enjoy mid to higher speeds of vibration while using this stroker, but I know intensity preferences vary from person to person. I recommend starting out low and building up from there to find your comfort level. 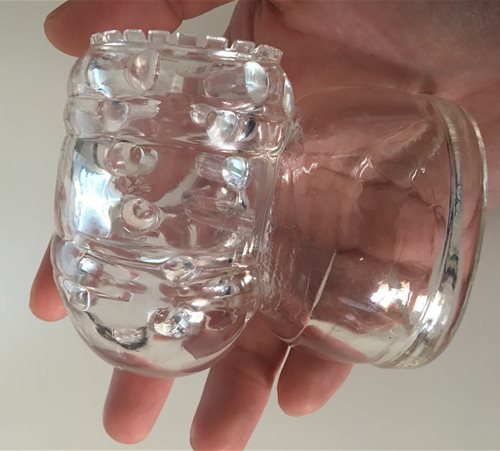 While I really enjoy using this stroker attachment and appreciate the fact that one was created especially for men, I do wish that the design were slightly different. With that said, I do not want to take away from how good this product is, especially when looking at the price point. In my opinion, I think that I would prefer this stroker to be open ended. With the fact that it is close-ended, you are limited to focusing on the tip of the penis during use. I feel that having the ability to stroke the entire length of the shaft would only add to the already great sensation. But again, having the end closed is what helps create the suction sensation that many guys enjoy. Just my personal preference, I would like it to be a fully opened stoker, with maybe a tighter opening at the end to grip the head of the penis when sliding down the shaft. It would be great to throw in some ridges at the end of the stroker to add a little extra stimulation. All in all, would I buy this stoker attachment again with its current design? ABSOLUTELY, no question!

This stoker attachment is very easy to clean. After each use, run warm water into the toy to ensure that all fluids are removed. You can wash/rinse with mild soap or standard toy cleaner. Let dry before you store.

As far as lubes are concerned, both silicone and water-based are safe to use with this product.

The packaging of this product is very minimal. The toy is stored in the plastic packaging. There are no paper or product inserts. 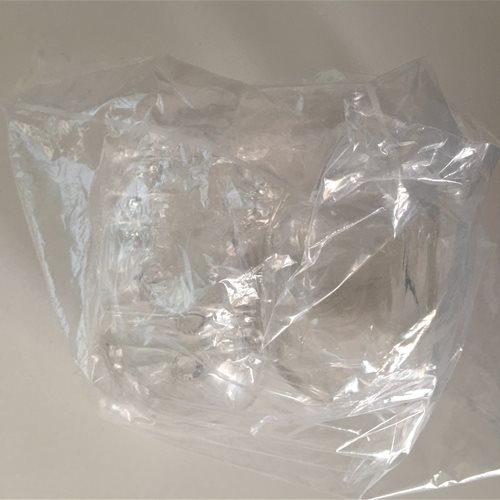