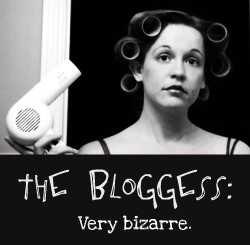 I'm just going to skip formalities and dive right into my story.

And finally he replied and said, "Um... What the fuck is wrong with you?"

"What?” I replied, "Your place of business doesn't make you think of fascist dicks?"

I'm pretty sure I won that argument. Anyway here's all the 20 or so titles I thought up. You can do whatever you'd like with them.

Iraq In The Sack: The True Exploits of Saddam Hussein

Buttnito Mussolini: An Alternate View of World War Two... An All ASS view

Idi Aminher: In Her? I Barely Know Her. But It Doesn't Matter, I'm A Fucking Dictator. I Can Have Sex With Anyone I Want.

Stalin': How Erectile Dysfunction Almost Brought Down The Allies (A Fetish Novel). Apparently my friends didn't get this one... His penis 'stalled' a.k.a., he has erectile dysfunction.

Thomas Effyouson: Though He Drafted The Constitution, No Pen Was Mightier Than HIS Sword.

George Watchington: A Voyeuristic Tour Of The Revolutionary War.

George W. Bush: The Landscape of The Seventies. A Coffeetable Book

Anywho, enjoy. Also, if you post any of these up, please don't mention my name or email.