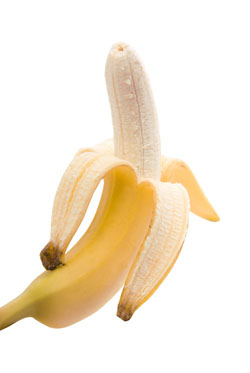 Circumcision is increasingly considered a human rights issue. San Franciscans will be voting on banning the controversial procedure this November. While the AMA does not recommend it, circumcision is still considered an essential sign of the covenant in reformed Judaism. Like France’s ban on the hijab, the question is: Are we denying freedom of religion or are we protecting human rights?
Camille and Dan had a fairly traditional Jewish wedding — the sharing of wine, breaking of glass — but no ketubah (a document that specifies whether or not the lady is a virgin). It was a perfect mix of tradition and change. Years later, when Camille got pregnant they were excited to hear, “It’s a boy!” But were taken aback when their doctor asked, “Well, are you going to circumcise?”

“We sort of looked at each other, we just hadn't talked about it yet,” says Camille.

Routine infant circumcision is increasingly considered a human rights issue. And San Franciscans will be able to vote on banning the controversial procedure this November. Some members of the Jewish community have begun protesting the measure. While it’s not recommended by the American Medical Association, circumcision is still considered necessary in reformed Judaism as “an essential sign of the covenant.” Like France’s controversial ban on the hijab, the question is: Are we meddling in other people’s cultures without understanding them? Or are we protecting basic human rights?

After Camille and Dan drew a blank in their pediatrician’s office, Camille began researching online. “I found sites about the myths of circumcising — like ‘oh they are newborns, they can’t feel pain’ — not true!” While Camille discovered she was moving away from circumcision, Dan began to feel strongly about carrying on a cultural tradition that goes back generations in his family. “He’s not normally the type of person who says, ‘well it’s always been this way... so that’s the way we should do it. So, at the same time, he was even questioning himself,” says Camille.

To be a male citizen of Israel, one must be circumcised. Though the custom has changed over the years — rabbis no longer suck the blood from the circumcision wound, for instance — the ritual and ceremony remains important. “In Conservative Judaism it’s absolutely required. Even a hospital circumcision doesn't count for an Orthodox Jew, there needs to be a drawing of a couple drops of blood, it is about the ritual.” says Rabbi Adam Chalom.

Circumcision has been questioned within the Jewish community, historically. In the early 19th century, reformed Judaism initially called circumcision “barbaric,” rejecting the practice. But it was decided amongst leaders circumcision was important to Judaism, and all policy statements since from Reformed Judaism reflect this decision.

But as the pregnancy wore on, Camille and Dan remained stuck. She struggled with the idea of choosing circumcision for her son. “My job as a parent right now is to make decisions for my son. I can’t say to him at a day old, hey do you wanna be circumcised, is this important to you?”

Rebecca Swartzman Wald is a Jewish mother and author of the anti-circumcision blog “Beyond the Bris.” Growing up around boys and men who were circumcised, Swartzman-Wald says she “finally shed the idea that there was something strange about the natural penis” with the birth of her son. She’s part of a movement of Jews against circumcision. “I would like to see the decision to leave one’s child intact be fully accepted as a valid Jewish choice. Freedom of religion also means freedom from religion. Jewish circumcision leaves an indelible, lifelong scar — which violates a right to live free from religion. If we, as a people, continue to define ourselves by a superficial scar on the male sex organ then Judaism is in great jeopardy” she explains.

Rabbi Adam Chalom comes from Humanistic Judaism, a sect that is more focused on Jewish culture than belief in God. A Humanistic Jew could be an atheist, for instance, and still find a place in the temple. Rabbi Chalom offers an alternative to the bris — a brit shalom (or baby naming ceremony). He explains, “It’s part of gender egalitarianism, firstly. But more people are questioning circumcision, as scientific evidence is mixed on its benefits. Circumcision is a very personal choice for parents, and as a general rule, surgery and an open buffet do not mix — do the circumcision in the hospital.”

Finally, the day came when Camille went into labor. The couple had still not arrived at a decision. After a long night of giving birth and staying up with their newborn son, the nurse came in. “So we are going to circumcise this little boy?” she asked. The couple requested to be alone for five minutes.

While more and more people — Jewish, Protestant, Atheist and otherwise — are questioning circumcision, the procedure is still (just barely) the norm. A 2005 report by the Agency for Healthcare Research and Quality reported that in the U.S. the circumcision rate was at 56 percent.

Wald-Swartzman supports the San Francisco ban circumcision ban, but it worries her. “I think much more education needs to take place, at the community level, before this principle is going to be accepted by most people. There is a right time for everything, and I do question whether now is the right time for a circumcision ban without a religious exemption. My fear is that people will be so up-in-arms about the perceived violation of religious freedom that they will be entirely unable to hear the important message that we in the anti-circumcision movement are working so hard to get across,” she says.

Back in the hospital room, Camille and Dan were at their same dance. “I was still leaning away from it and he still wanted to do it,” she says. “But when I said I wanted to do it, I saw how important it was to him to carry on that tradition. In a flash, I decided that’s what it was, for our family.” Dan’s parents were pleased at their decision to circumcise, but Camille did not take it lightly. “It took me until it healed up, before changing his diaper was not an emotional experience for me. I sometimes still feel guilty.”

While circumcision is a large part of Jewish tradition, the larger part of the philosophy of Judaism is do no harm. As spiritual leaders like Rabbi Chalom begin to embrace a Judaism that is more about culture and identity and less about a belief in God, it will be interesting to see what becomes most important.
Tags:
Views: 3390
Related articles