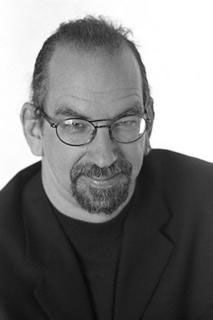 Editing the wickedly popular Frequently Felt, his author’s site, www.mchristian.com, as well as working as the associate editor for Renaissance eBooks, M. Christian is a busy man indeed. I was lucky to score some time with him during the recent New Jersey-based “Floating World” convention. This annual event boasts both professional “scene-sters,” organizers, writers, teachers, and folk from every conceivable walk of life and kink, who attend classes all weekend and play in a well-appointed dungeon at the convention center all night. It was really the perfect milieu to have this popular kinky scribe de-scribe the ins and outs of the adult fiction writing business, and to once and for all get to the bottom of that big question…

I guess the reason I am pushing a bit for these definitions is because with the stuff you write, you very often cross genres. Stories and books that meld sci-fi and sex, or say horror and erotica seem to be selling very well, and you write a lot of them.

Business is booming for cross-genre stories?

Well yes, but the eBook revolution helped a lot with that. Epublishers are a lot more flexible, they don’t have to take big risk putting out a book that might traipse across a couple of tried and true genres. It’s sometimes hard to define these books or websites where the fiction appears, but with eBooks there is no real risk.

The old model used to be a publisher would throw ten thousand books out and hoped they’d sell, but they won’t even think of doing that with something slightly risky. With eBooks titles can be tracked immediately, there is not outlay of a huge amount of money for copies of books, so more books are tried, more writers get a chance. Personally, I like the fact that we have all these subgenre stories.

And again, the definitions the distinctions between the genres?

Well, there is a tremendous amount of fuzziness about where one type of fiction ends and the other begins, but that’s what makes it so much fun…and its real wide open market for writers to sell their work.

It’s a really an interesting time, because for a while there the real moneymaker for writers was a novel, but now I think that’s changed. There [are no] advances anymore, and you might wait a long time until you see a novel begin to show a profit. But with a short story, there is a more immediate chance to see money, even if it’s fifty to a hundred dollars, the money is almost immediate. I know more writers making more money selling their stories, but at the same time I think novels have better legs.

And stories are great because we can try different things, spending a weekend versus on the work, as opposed to the six months or more it can take you to create a novel.

What advice do you have for someone who wants to get started writing, erotica or anything else?
When you are first beginning you need to give yourself plenty of time to get used to your “voice” and experiment with writing. Try to focus on having fun and not think that everything you do has to get sold or be brilliant in some way. When you’re ready—and I mean really good and ready—then you can think about putting yourself out there. But until then, have fun and get some pages and words under your belt. Oh, and read A LOT and use your imagination A LOT. Imagination is a muscle. If you don’t give it exercise, it won’t be there when you need it for your writing.

RalphieGuy
freelance writer living in the wilds of nj suburbia