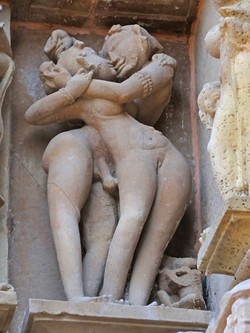 Another week, another hot topic, another 140 characters of steamy micro-erotic excellence. Presenting our weekly winner, runner-up and the outstanding entries for last week’s topic: When I was younger, I would have been so much happier with sex, if only I had known... what?
Honorable Mentions…

aly3360—When I was younger, I would have been so much happier with sex, if only I had known it wasn’t a BAD thing.

mellanhead74—that sex can be a roller coaster and to strap in and enjoy all the twists, turns and exhilaration that come with it.

MrsKittyGalore—If I had known it was more than just a weapon to get what I wanted and my fantasies did not make me a freak.

JesibelEden—When I was younger, I would have been so much happier with sex if I had know my whole body is an erogenous zone.

Lucidobsession—I would have been so much happier if I had known lube wasn’t just for old people.

DarkBunnykins
I would’ve been so much happier with sex if I realized that my body was supposed to be enjoying it.


This Week’s Runner Up…

Barryrsilver—Kinky is in the eye of the beholder. All that matters is feeling good, better, best and OOOOHHHYYYESSS.


And the Winner Is…

SirLucias—Sex would have been so much better, if only I had known which hole the dick went in.

Submit your entries to Twitter, using the hashtag #Twitterotica, or put them up on the wall of our Sexis Facebook page. Multiple submissions are allowed, but all entries must be 140 characters or less.

Up for consideration this week: Reader's Choice! Whatever floats your boat. As long as it is consensual and 18+, come one, come all!