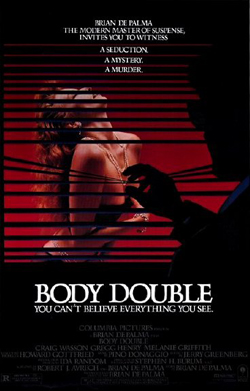 There's something fascinating about watching someone who doesn’t know you're there. Catching someone during their most private moments can be exciting, funny, or very strange. What we do in the privacy of our own homes can be very different from how we present ourselves in public, and the act of catching someone at their most relaxed is like having a window into the deepest part of that person.
Throughout the history of film, we’ve been treated to a cavalcade of voyeuristic film scenes, both sexy and sinister. While voyeurism doesn’t technically need to have an end goal of watching someone get undressed or have sex, many scenes of voyeurism in cinema do have a creepy, “peeping Tom” sort of vibe. But many others are erotic, and still others are just plain interesting.

Indulge your inner voyeur with the clips below, pulled from some of the most memorable movies about voyeurism.

The shower scene is one of the most famous scenes in all of cinema history, perfectly capturing the vulnerability of nudity. While there are only mere seconds where Norman Bates watches her before committing the murder, the preceding scenes between the two characters force the viewer to wonder what exactly he is about to do to her, even if they know the plot of the film.

Interesting Fact: In every scene where Norman spies on Marion, Hitchcock is using a 50 mm lens on a 35 mm camera. This trick most closely replicates human vision, and Hitchcock felt that this would implicate moviegoers as fellow voyeurs.

As the trailer reminds us, “You’re being watched. Look out!” Clearly, 1960 was cinema’s “Year of Creepy Voyeurs”. 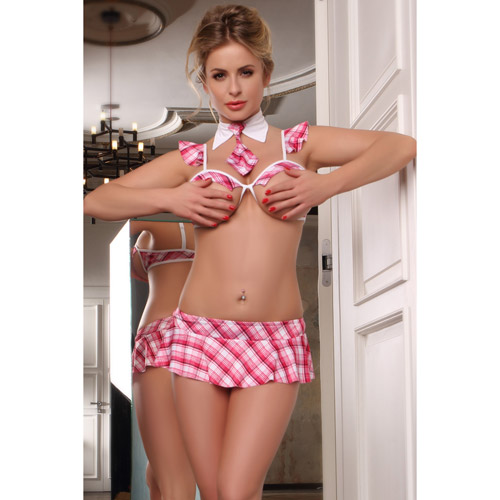 The construction does not leave much to the imagination, so throw this on if you love to show off your goods and give your dirty teacher an easy access. – BlackOrchid

There is a sensuality in being watched by an attractive man, and a terror in seeing a blind woman being watched, and knowing she is unaware of his gaze. This is definitely the darker side of sexual voyeurism, but the film provides a plot rich with psychological complexity.

Interesting Fact: Roger Ebert praised this little known film, stating: "The movies make us into voyeurs. We sit in the dark, watching other people's lives. It is the bargain the cinema strikes with us, although most films are too well-behaved to mention it."

Featuring another infamous shower scene, but with a much less sinister ending, the boys of Porky’s drill a hole into the girl’s locker room to watch the ladies shower. One of the most notable films in the genre of “Group of Guys Try to Lose Their Virginity”, the shower scene reflects the dreams of untold guys throughout history...well, up until the “tallywhacker” grab by Ms. Balbricker.

Hitchcock’s back on the list, and deservedly so, as the director who elevated cinematic voyeurism to its golden age. As a photographer recovers from a broken leg, he starts spying on his neighbors. But his innocent pastime is interrupted when he begins to suspect his neighbor of murder. In the scene below, we see the main character watch a woman dancing in her underwear, a scene that is both funny and sexy.

Interesting Fact: The camera used by Jimmy Stewart’s character is a 35 mm camera with a 400 mm telephoto lens. According to some experts, there is no way that pictures taken with that camera/lens combination would come out clearly without having the camera situated on a tripod.

In an homage to Hitchcock, this film follows the story of an actor who spies on his sexy neighbor. However, things take a turn for the suspenseful when this voyeur sees his neighbor attacked in her apartment.

Yup, this is probably the weirdest scene on this list. David Lynch, you are one intense dude.

Interesting Fact: According to Wikipedia, “The scene in which Dorothy appears naked outside was inspired by a real-life experience Lynch had during childhood when he and his brother saw a naked woman walking down a neighborhood street at night. The experience was so traumatic to the young Lynch that it made him cry, and he had never forgotten it.”

Written in only 8 days, sex, lies, and videotape was groundbreaking for it's first-person camera work. James Spader's character has a fetish for interviewing women about their sex lives on camera—which proves to be explosive when he visits an old friend with secrets and a troubled marriage.

Interesting Fact: On the first day of production, the producers sent a telegram to Steven Soderbergh; they teased him good-naturedly, telling him they'd heard reports that he couldn't direct traffic. Twelve years later, Soderbergh won the Oscar--for directing Traffic (2000)

American Pie was one of the earliest movies to showcase webcam voyeurism, and the first to showcase it to such comedic effect. When Shannon Elizabeth’s sexiness is too much for Jason Biggs to handle, the tables are turned and he is embarrassed not only in front of her, but in front of an entire web-only audience.

Interesting Fact: According to IMDB, “To replicate an erection in one scene, the crew cooked a sausage, stuck it on a pencil, and wrapped it in aluminum foil. It was still warm when it was placed between Jason Biggs’ legs.”

A photographer takes candid, voyeur-esque photos of a young couple kissing in a park. When he develops the film and blows up the image, he finds that there is an image of a killer and a murdered body in the background of the photo. In the scene below, the young woman who was photographed without her permission confronts the photographer in his apartment.

Interesting Fact: Jeff Beck, Michael Palin, and The Yardbirds all have cameos in the film.

Voyeurism is a recurring motif in this Donald Sutherland/Jane Fonda film. Sutherland’s character is a private detective, so his trailing of Fonda is just part of the job. But because her character is a call girl, there is an added frisson of sexual tension. In the scene below, Klute (Sutherland) watches as the call girl meets up with a client late at night in his garment factory.

Interesting Fact: Jane Fonda wrote in her autobiography that in order to prep for her role in this film, she spent a week with call girls and pimps. However, when none of the pimps offered to “represent” her, she decided she wasn’t attractive enough to play a call girl and asked the director to replace her. Fonda later won an Oscar for her role.


Whether they focus on voyeurs or act as a vehicle for voyeurism themselves, these films are sometimes sexy, often amusing, and still others are spine-chilling in their invasion of the privacy of others for the enjoyment of the watcher. But regardless of the atmosphere of the film, these scenes are always highly compelling. What are your favorite voyeuristic scenes from movies? Tell us in the comments below!
Tags:
Views: 4880
Related articles 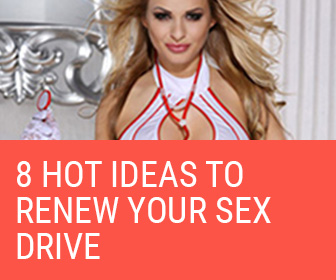