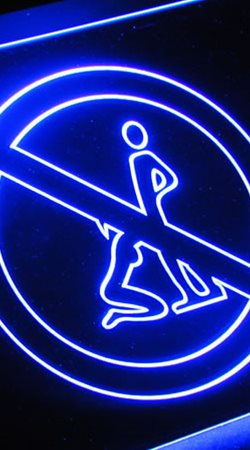 If I’d wanted to light his dick on fire and inhale the fumes, I’d get it. Smoking has an age limit.

If I’d connected his testicles to a beer barrel and sucked Rolling Rock out of his uretha, it would make sense. Alcohol can not be served to minors.

If I’d marked an X on his scrotum and delivered it to the voting booth, that could cause problems. Voting is restricted to the over-eighteens.

You’d have thought the name would give it away. “Oral sex” is not a term you would expect to find in general use if it was, in fact, the equivalent of a goodnight kiss or a welcoming handshake. “Great to see you, old friend. Let me suck you off quickly.” We’ve all heard of spanking the monkey, but this could bring a whole new meaning to “a slap on the back” as well. Oh, and another thing, If it isn’t sex, then why do guys worry that you might think they’re gay if you suggest they do it as part of a threesome? And why do partners of both gender get so upset if they find out their spouse may have done it with somebody else?

“Well, you didn’t mind when I hugged him goodnight the other day. This was exactly the same.”

All of this is an old debate, of course - as old as the Clinton scandal and maybe even older than that. But not so old that there’s an especially large chronological window between the act being illegal throughout the US, and being pushed down our throat via Monica Lewinsky; and not so old that it hasn’t, as I remarked at the beginning, yet been utterly discredited. A couple of threads in the SexIs forums still ask the question and receive varied responses, and moving further afield into what I regard as somewhat less responsible internet forums, you would be surprised at how well the supporters of “the blowjob as just a gesture of goodwill” can defend their stance.

It’s only sex if it involves penetration. A word that clearly has a different meaning in this context, because if the giver’s mouth has not been penetrated...then she’s only using her tongue, haha.

It’s only sex if you both want it to be. Okay, that opens unpleasant avenues that I have no intention of exploring today. But any girl who has ever felt coerced or worse into blowing a guy might just be bristling a little at that. I know I am.

There are others, and I hope that anybody who feels strongly on the subject will add them to the comments below. Not to try and convince me, but to maybe balance my arguments. Where I’m going with this is not, however, in search of a good verbal punch-up. Nor, although I find it a frightening topic, do I intend on discussing what certain media outlets claim is the increasing sexuality of younger children, for whom the role of the blowjob has apparently been diminished to little more than just another “thing kids do.” The act’s role in the lives of the abstinence brigade is also a discussion we should save for another time.

My personal love of, and fascination with, oral sex is no secret to anybody who has read a few of my articles or short stories, but just because I will speak of it so freely does not in any way diminish its significance to me.

I don’t give head instead of saying “hello,” and I don’t do it merely because a guy’s my friend. I do it because I want to share something...a moment, a sensation, a connection, whatever...with somebody who at that point in time is the most important male person in my life.

I rarely do it on a one-night-stand; I am unlikely to do it till we’ve been together a while. You’ve heard of three strikes and you’re out. I have “three dates and you’re in. Maybe.” I’ve had full sex before I’ve given oral sex, and I don’t mean just once or twice. And why? Because I believe that it is important enough, and precious enough, that it should not be handed around like candy; and before you ask, I’ll answer. If I won’t suck on a first date you can bet that I won’t swallow on the third. Because that is another step deeper into commitment, and I want to make sure that the feeling runs both ways.

Yes, I’ve broken both rules from time to time. Yes, there are probably one or two occasions when it was little more than a hug or a handshake. Yes, I’ve even used my mouth to talk my way out of what could have become a nasty situation with a particularly ill-judged choice of companion, and when I say “talk” I don’t necessarily mean with words.

All of which, I will confess, might sound a little hypocritical. After all, if I have to weally, weally lurrrrve someone before I’ll pop his knob in my gob, then how come I can happily make so many exceptions?

Because, even while I was doing it, and later when I thought about what I had just done, at no point did I try and convince myself that what we did was anything less than sex. It may not have been enjoyable sex. It may not have been pleasant sex. But I still considered it sex. In the same way, I’m guessing, as my erstwhile partner went to bed that night feeling fairly certain that what had happened was more than a couple of people high-fiving one another. “Yeah, that was okay. I’ll have to rub noses with her again, sometime.”

Wow. I bet it’s fun beneath the mistletoe round his house every Christmas.
Tags:
Views: 2296
Related articles