It's All In The Mind 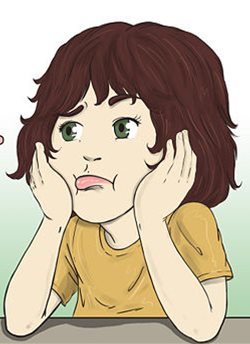 http://www.wikihow.com/Get-Your-Ex-Boyfriend-Back
Many of us love to fantasize about our favorite celebrities while making love with our real life partner. But is it okay if we remember past lovers in the same way?
There was a time, not so long ago, when saying goodbye to a lover meant “goodbye.” You might, if you still lived in the same town, bump into one another occasionally, and the tone of that encounter would be dictated by the nature of your original parting. You might still share a circle of friends and ditto. But generally you avoided one another, and the avoidance was even easier if one of you has moved away, or you dated in college many miles from your home.

Then along came MySpace, Friends Reunited, Facebook, so many social networking sites, and so irresistible to so many people. You only signed up a week ago and already they’re crawling out of the woodwork. The old friends.

Friend requests are a mixed blessing. The girl who grabbed the spot that should have been mine in a high school production of [italics|Cabaret]. Reject. (I’m petty like that.)

The classmate who I once thought would be my friend for life, until her parents moved to Alaska and we wept for days at our parting. OMG how great to hear from you! Tell me absolutely everything.

And the boy who...; the man I...; the guy that... Accept accept accept. Remember remember remember. Smile smile... shudder, but smile regardless. Did you know, if you mention “Face Book” to a Frenchman, it will sound to him like you’re saying "goat’s ass?" Fesse Bouc. And did you know, if you let things go too far with it, that’s what you will wind up feeling like? Linguistic confusion as a form of self-flagellation. How beautiful.

It’s always weird when an ex resurfaces like that. On the one hand, your mind remembers at least the highlights of your relationship and how you once or twice wondered what became of that person. On the other, well you’re probably well rid of them because...and you conjure up the reasons why you split up way back when, and hope that the passing years have maybe punished them for their past infidelities. “Oh, you have boils, piles and middle-aged spread? I am so sorry to hear that.”

Then the Goat’s Ass opens wider and you see them for what they are, a decade or so older, with a life all of their own and now you’re wondering, why did they even seek you out? Unresolved business and a blazing need to apologize? Vile curiosity over whether or not you ever got over them? Gentle, friendly nostalgia for a time when life was simpler? You choose, but remember this. Saying “hello” and “how are you doing” is only the beginning. Delve any deeper and you’re opening the door to all manner of mischief.

Question. Is it wrong to fantasize about a former lover? Whilst, for example, you are loving your current one?

Nobody, I doubt, would think twice about conjuring a former flame back to life in a fantasy, particularly one where the libido insists there was indeed some unfinished business. Things you wish you'd done but didn't. Things you thought of saying but remained silent. Things that your fantasies can not only unspool, but make certain that they play out like the best directed movie.

What about when you're in bed with your lover, though? Is it, though you would never say a word, something of a betrayal for your body to feel one man fucking you while your mind remembers another? Is it disloyal? Could it even be a form of cheating?

We're not talking about film star fantasies here, untouchable icons that border upon role play; “Yes dear, I'll be Drew Barrymore, but only if you'll be David Tennant.” We're talking about the guy you had behind the disco one night, whose number you lost - and who appears to have lost yours as well.

To which you reply “oh good,” because sometimes you need a callous insensitive slob in your life, just to balance the sweet guy whom you now call your own, and it's not like you even remember his name anymore...although you'd never admit that to your boyfriend either, because it would only start him worrying that one day you'll forget his as well. In fact boyfriend doesn't even need to know about Guy From Lubbock or any of the other past paramours whose personal details are a lot foggier in your mind than the intimate details of your time together.

Keep your friends close, but keep your fantasies closer is a grand motto to take through life, but social networking can blow that out of the water. Maybe your interaction is restricted to the occasional comment on one another’s wall, browsing through his posted photos to see if he kept that lovely head of hair...are his eyes still as blue as you remember...did his kids take after him in any way, or do they look like the shrew of a wife whom he obviously picked up in a drugstore 50% off sale (and how do you know she’s a shrew to begin with? She looks quite nice to me)?

But maybe you’ve taken it further? Like that time he saw you online at the same time as him, and your instant message box went “bing,” and there he was with that same shy “hello” that attracted you to him in the first place. And you answered uncertainly and chatted for a moment, before making an excuse to log off, but it was really just a cue for you to stare at the screen for the next few minutes, while the memories rushed back, and next time you talk, you are blithely typing “LOL remember that time we ran out of gas...”

You can bet he does. Shared experiences are always at their most interesting when you recall them with the person you shared them with, and social networking is a wonderful way of unlocking the deepest vaults of your memory. Vaults whose contents can then spill out when you’re doing something (or somebody) else entirely. Vaults which allow you to close your eyes and recall their scent, open your arms and remember their weight, open your legs and recall...

I ask you again. Is it cheating?

Well, it’s certainly deceitful and a little cruel as well. There he is, the man in your life, giving his all to make you feel good, and you’re lying there pretending he’s someone else entirely. It’s not infidelity but it’s certainly infelicitous. It's not grounds for separation, but it's a good excuse for a protracted sulk, and probably a few barbed comments as well. "Hey babe, you were great tonight. Which past lover were you fucking this time?"

It’s also one of those questions which some people can answer logically, reflectively and calmly, “of course it’s not cheating, it’s just a game you play in your mind.” Until that night when their own partner falls quiet at what ought to have been a roof-raising moment. They ask what’s wrong and he or she replies, “oh I was just thinking about this tremendous night of oral I had with a friend when I was back at college. Sorry, carry on with what you were doing...”

Ah, then they’re not quite so analytical, are they?

So, what are we saying here? Well, I’m not recommending you unfriend your past lovers, or restrict future communications to an LMAO when they post a picture of their cat. I’m not saying you shouldn’t talk to them, reminisce or even laugh about how young, carefree and cute you once were. A little gentle flirting is okay as well.

But when you switch off your computer, switch off the memories. No, it’s not cheating if you fuck an old lover when you’re meant to be having quality time with your current partner. But honestly, how would you feel if you found out that they were doing the same thing back to you?