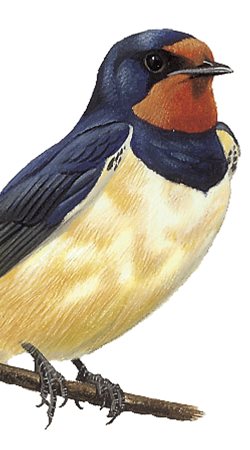 And what is the first lie she tells him? "Good”.
It was the first dirty joke I ever made up. Well, I thought it was a joke. My audience - three friends in the campus cafeteria - weren’t so sure. One of them even pushed her yogurt to one side and announced she’d lost her appetite.

Okay, so it’s not Chris Rock, but it made me smile. Not my friends, though. So far, as they were concerned... well, the abandoned yogurt tells its own story. And the screwed-up faces and assorted “yuck”s and “ewwwww”s told another. Because of all the discoveries a girl can make, in that first flush of discovering sex itself, the fact that cum (as Miranda once said in Sex In The City) is not a trip to Baskins & Robbins, is one of the earliest. And not always through personal experience, either. Hearsay, peer pressure, supposition, any of a thousand different pointers that all lead to one inescapable truth. The Ick Factor.

And if you think about it for a moment, that’s a very real concern. Your mouth is already full to bursting, with some pulsing, melting, throbbing mass. And suddenly it’s even fuller, with a thick, sticky liquid that is aimed straight for your throat.

Fact. The more inexperienced a guy is, the more likely he is to just erupt without warning. You’re not expecting it, he’s not expecting it. One moment everything is fine and dandy, the next “oh my god” splash, gush, kaboom, and then he’s looking aghast and apologizing furiously, and you.... you’re pushing him off, as he flops away, and wondering whether it was actually worth removing your panties for those five squelchy seconds.

Or you’re wiping your hand on a convenient rag... oh sorry, I didn’t realize that was your favorite shirt.

Or you’re frozen with a mouthful... a hand clamped on your lips to prevent it pouring out, at the same time as you’re wondering, what on earth you’re supposed to do with it. The teenage grapevine has already giggled the magic choice “spit or swallow” in your ear, and yes, this is probably the moment when you make that decision. At the same time, though - one is just so undignified, and what if it hurts his feelings? And the other is... the Ick Factor!

Thoughts flash through your mind like a prime time TV car chase. Yes, it tastes funny, but is it funky as well? Could you gulp it down in one, or will it stick like a pill, because it’s already getting stickier. What happens if you choke? what happens if you puke? You’ve already ruined his favorite shirt once. Are you going to take out his best pants as well?

So many thoughts, so many conundrums. So many imminent catastrophes. And all because of one, not especially funny, joke.

There was, and there may still be, a fashion among a certain breed of author to write books documenting young women’s fantasies. Books which, needless to say, are devoured by other young women, all desperate to discover whether or not their favorite nocturnal notions really are as sick and twisted as they sometimes feel by daylight.

A lot of them are innocent, and couched in terms that would even make a 1950s romance writer feel risque. Others are more daring and, if you browse through enough pages in enough books, some are so borderline filthy and graphic that, for a moment, you think you wrote them yourself.

Now, remember this was (just) before the internet opened such secrets up to anyone with a connection, and a few years too, before it was possible to log onto the net without alerting everyone in the house with the high-pitched wail of electronic screeching. A time when the very act of browsing was still so novel that parents would drop whatever they were doing, and come see what you’d found on the magic machine today. A time when books, together with girlfriends and whispers, were your only real link to the world of you-know-what.

“Swallowing his precious bodily fluid.” It sounds so elegant. So loving. So incredible. Well, assuming we’re talking about the same bodily fluid. And the more you read, at least within that shadowy world that exists between sociological study and two-knuckles-deep erotica, the more elegant, loving and incredible it becomes. Until you are literally gagging to be gagged, and every guy who says hello at a dance, at a party, at the bus stop, becomes, in the back of your mind, a contender.

Because I want to!

Because I have spent so long fantasizing about this moment that anything short of rainbows, unicorns, tall dark strangers on powerful steeds, fireworks, cotton candy, and an absolutely perfect communion of souls is going to be.... ummm, not a disappointment. But unexpected?

And of course you know that, because that first time doesn’t put you off. It just makes you more determined, gives you a goal and a dream to hang onto, because let’s face it, if it was perfect every time, you’d have nothing left to aspire towards. I don’t know why inexperienced guys will cum at the drop of a hat. If anything, you’d have thought it would be the other way around, at least if what I’ve heard about public peeing is anything to go by. How often has your other half kept you waiting, while he quickly runs to a crowded bathroom, then comes back looking sheepish, complaining there was too much pressure to go?

But they do, and it’s just a shame that we’re usually also inexperienced enough that all we can do is clean up the mess. Because like so much else that we’ve talked about here, once you both know what you’re doing, and everything is under control; when you know what to expect, and you’re expecting it as well... okay, maybe the joke still isn’t funny.