More Bang for Your Buck: Living in Paradise 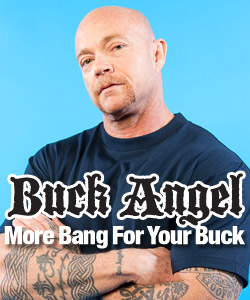 Many people don’t know that I do not live in the U.S.A. They think I live either in New York, Los Angeles, or San Francisco, but I actually live in the Yucatán in Mexico. How I ended up here is pretty amazing, and I believe it was something that was in the cards for me. The Mayan Gods brought me here.

I grew up in Southern California, but lived in New Orleans for a few years before moving to Mexico. NOLA is another amazing city, and I loved living there. That’s where the whole “Buck Angel” thing was born, and that’s where I came up with the idea to change the world. But even before Hurricane Katrina, I was already thinking of leaving the U.S.

I was pretty tired of the crap going on with the Bush administration, and the way they were targeting the adult entertainment industry. I felt unsafe as a pornographer. There were crazy new obscenity laws and record-keeping requirements being put into effect, and it was pretty damn scary. I didn’t want to get thrown in jail for five years just for failing to record a model’s alias on my paperwork!

Then a friend told me about a great city in the Yucatán. Okay, I’m a bit embarrassed to admit it, but I didn’t even know where the Yucatán was. I grew up in Southern California, so I’d been to Baja plenty of times, but I was not familiar with other parts of Mexico.

I looked it up online and was totally blown away. My wife and I bought plane tickets the next week, and hired a real estate agent to show us some properties we’d seen on the Internet. He picked us up at the airport and drove us to a few of the houses. When we saw the third one, we knew that was to be our home.

The house had been on the market for several years, and the garden was so overgrown, we couldn’t even tell exactly how big the property was—but it was just sitting there, as if it had been waiting for us. The house keys didn’t work, so we had to come back the next day. Just from looking at the grounds and peeking in the windows, we already knew in our hearts that we had to buy it. So we made an offer, and after a bit of back-and-forth negotiations, it was ours!

So now we owned a house in the Yucatán, but we weren’t planning to relocate until after we’d sold our home in New Orleans and decided what to do with my wife’s piercing business. For over 23 years, she’d been the owner of the only piercing studio allowed in the French Quarter. She was very successful there, but also felt ready to move. Then Katrina hit...

Well, that was the deciding factor in making our move. We were lucky. We lived and worked in the French Quarter, which wasn’t hit as hard, so our properties didn’t suffer much damage. With the Mayan Gods on our side, we sold our condo, my wife closed her shop, and we fled to the Yucatán.

Now, moving to another country is not always an easy thing to do, especially if you don’t know the language. But we said, “Fuck it! Let’s just go for it!” and we did. We hired a mover to ship our stuff to our new home, got one-way tickets, packed a suitcase and our dog and cat, and flew here without anything else. (We lived here for the first month with only our laptops and what we’d carried with us.)

As time went on and we figured out the way of life here, we knew we had done the right thing. It’s so beautiful and peaceful. The property is one acre, and I have all kinds of fruits growing including coconuts, bananas, oranges, mangoes, avocados, and more. I will soon be planting a vegetable garden in the back. I am also thinking of raising chickens for eggs. We did come with only one dog and one cat, but after a while—and with me being such a sucker for dogs—we now have seven dogs. I built my own gym here as well. It is not as fully equipped as I would like, but I also go to the gym down the street because it’s a way to get me out of the house. If I don’t go out to work out, then I will never leave.

My home is five minutes from an ancient Mayan ruins, and there are hundreds of such sites all over the Yucatán. I love to visit them when I have time off. There is some truly amazing energy coming from them. The cathedral in the colonial city nearby was built on the site of Mayan pyramids when the Spaniards invaded and conquered the native people. The class war between them still exists today.

Visitors from the U.S.A. sometimes freak out on when they see my neighborhood. Most folks living in my pueblo have very modest incomes, but they are such super people. In Mexico, it is all about family. This was not something I ever really appreciated until I came here.

Actually, one of the most amazing things about our life here is Lulu, the woman who cleans, cooks, and basically runs my home. She takes care of my dogs; she feeds and grooms them, and keeps them company when I travel. I get fresh food cooked for me every day. (Sometimes I think I am living in a dream.) Lulu also takes care of her 92-year-old father every day, changing his diapers, feeding and bathing him—even though he was a total asshole to her when she was growing up. And somehow she does it with love in her heart. It’s so incredible.

My life here has been an amazing gift to me—a gift from the Gods. As one old Mayan man said to me when I was visiting the center of town, “Welcome home. You have been chosen to live here, my friend.” I will never forget that!
Tags:
Views: 1074
Related articles 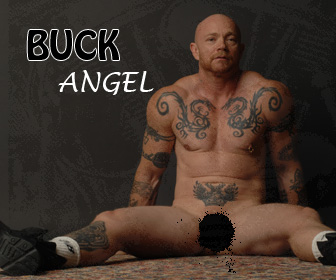