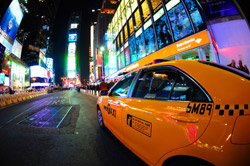 Growing up in a small, isolated town, as I did, meant that I believed strongly in the scarcity myth. It proved over and over to be true, how could I not? The only concerts I saw were folk singers, usually Alaskan but sometimes visiting, and once, in high school, Weird Al Yankovic. Though there is an annual folk festival, if you missed the one concert, the one semi-known pop star, the one showing of that rare indie film, you missed your chance to see it.

Of course, the Internet has changed access significantly since I lived there. But in my own progression, this all changed when I moved away from home and into increasingly large metropolitan areas. When I landed in Seattle and began attending college at age 21, I started keeping a meticulous calendar, studying the weekly alt-newspaper, The Stranger, every week when it came out, and balancing my music, film, spoken word, and other events with my schoolwork, classes, part-time jobs, homework, social adventures, and deadlines. It took months to get a good system going, but eventually I did. I saw hundreds of concerts, feeling anxious any time I skipped out—what if they never came back! What if I missed that band forever and ever! It didn't help that I had tickets to see Morphine play on the Pier one summer, but the lead singer, Mark Sandman, dropped dead on stage a few months before that date and the show was cancelled. Then the question became: what if they die before I have a chance to see them play!? Obviously I can't miss this show!

After six years in Seattle, I moved to New York City and have had to relearn scheduling. Every single night here there is something to do. Something special and specific to your particular subculture, too—not just a mainstream movie, but a very unique writer of a book that you love, or an unsigned singer whose latest mp3s you just adore, or a special workshop being led by a friend of yours about a particular subject that is totally relevant to you right this very minute.

On any given night, there may be multiple events that relate to your particular subculture. I keep an eye out for feminist, queer, literary, sex positivity, and BDSM events, and whereas there would be one, two, maybe oh five in a month in Seattle, there are sometimes two or three in the same night in New York City. Sometimes it is just painful to pick. Sometimes I stay home instead. Sometimes I just can't choose not to go to something, so I choose to go to nothing. Because every time you choose to do something, you are choosing not to do something else ... a revelation that is at once liberating and frightening.

Kind of like the first time I comprehended that an author chose every single word that they put in a book, and that in place of any single word the author could have chosen a different word. That level of control and articulation blew my brain a little bit, as a fourteen year old.

You can't not miss out on things when you live in New York City. That's one of the many reasons why it takes time to learn how to live here; when I moved here from Seattle, I thought I knew what I was going to do, how I was going to navigate my social evenings. I scoured the Village Voice with a red pen weekly, marked up the events I wanted to attend, but there were too many to keep track of. Not to mention that once I actually chose which event to go to, I still had to 1) figure out where it was, 2) get TO the venue, and 3) navigate the claustrophobic crowds once I arrived. And, of course, pay for the transportation and the event itself, which was often a barrier, too.

I stopped picking up the Voice. I stopped reading Time Out New York. I unsubscribed to many of the email mailing lists I initially joined, trying to find people with similar interests by attending mutually interesting events. Sometimes I even hate knowing all of the things I'm missing out on. And I especially hate when someone asks, “Did you go see x band or y gallery opening?” To which I have to say, “No, I was going to, it was on my calendar, but I decided to do something else that night ...” which I can't recall, so clearly it was not the best choice if I can't even remember what I passed it up for.

That's the risk, I suppose—in any choice you make, the other choice could have somehow been the “better” choice. Sometimes that is paralyzing. But alas, I do not yet have a time machine, and I do have the Internet, so I can pray that whoever that sex educator or singer/songwriter or author is, they will be back to New York another time soon. Because as true as it is that there will be two of your favorite bands playing the same night, it is also true that they will both be back.

New York is like a black hole for artists—the gravity always pulls us back into her orbit, into her streets, into her dark dank bars and basement clubs, into her claustrophobic crowds and overflowing green spaces. She's had that pull on artists for decades, and she doesn't seem to be letting up or moving on anytime soon. We are just her type.

Sideshow: The Queer Literary Carnival is serious literature for ridiculous times by freaks, jokesters, and other outlaws is the 2nd Tuesdays of the month at Sapphire Lounge in New York City, co-hosted by Cheryl B. and Sinclair Sexsmith. Premiere launch party on April 13th, click here for details.
Tags:
Views: 714
Related articles