Mr. Sexsmith’s Other Girlfriend: The Grass is Always Greener in the West 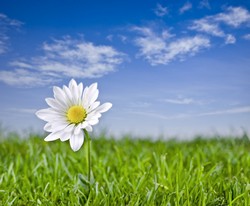 At the very moment that I write this, I am thousands of feet above the Earth, zooming in an airplane, an hour more to go before we arrive in New York City. I’ve been on the West coast again, my third time in three months, this time to Portland, Oregon, where I did a couple of workshops on sex, gender, and sex toys.

Each time I visit, it’s as though I am scouring the city for clues. Is this the place I’m supposed to live? Is this next? It’s like having a wandering eye in a relationship, not able to get up the courage to break up with someone, just waiting until the something better comes along. What am I looking for? What does New York not give me? Am I just falling into some sort of grass-is-always-greener delusion?

In a good, solid relationship, I imagine, instead of becoming resentful toward the relationship for whatever it may be lacking, instead of accusing the other person of not behaving the way I want her to, instead of deciding that your sex life is boring and will always be boring and you will never get out of this rut, what if the question became, What could change such that this issue would be better? What could I ask for from my partner?

What if we see our significant others as someone who can build a relationship with us, who, hopefully, is very willing to listen to our qualms or complaints, who will take these things seriously and work to improve them? What would we ask for, openly? What would we discuss with them that we don’t already?

Maybe I’m being too hard on New York City. I feel guilty for my wandering eye. But I feel so different when over in the West. I feel like myself, I feel like I am with my people. It remains strange to tell people I am from New York—I always want to qualify that with things like, “But not originally; I am a West coast kid, I am moving back here.”

Being a business traveler is new for me, too. Airport bars, shuttle busses to and from, hotel restaurants—all are eager places of connection and conversation for many travelers. I find myself a little put out when someone begins talking to me—“So where are you from? So where are you going?”—but I don’t know if that’s because I am becoming hardened by New York and suspicious of friendliness, or if it is because I am an introvert, and would prefer not to waste my energy on social small-talk.

As a writer, though, I become fascinated with the stories people tell, the tiny glimpses into different lives. A woman whose older sister has early onset Alzheimer’s took her to Hawaii on one of her free airline tickets this summer, and now she’s going up to Alaska. A man who is an environmentalist and a cellular biologist and a chemistry teacher at his local technical college and in his spare time he studies massage and acupuncture. A business salesman who confides in me his confusion with his transgender female supervisor, whom he’d never met in person but only spoke on the phone to, and his struggles with her pronouns. A chatty bartender who was eager to tell me the stories of his former lesbian lovers. A drunk barfly who ordered the same thing I did—bourbon and apple pie—and, after confiding in me that he was at Hooters, then a strip club, earlier that evening, also asked me if I’d ever read Naomi Wolfe’s The Beauty Myth.

With some of this, I roll my eyes internally. I’m rarely one to reprimand a stranger; I am more likely to continue my comments of, “Hmm,” and “That’s interesting,” while attempting to get them to continue to open up so I can get a deeper impression of their life, without externally expressed superiority or disregard, just curiosity. How do you work? What makes you tick?

I realize now I have had very few of these conversations while living in New York. Perhaps I could have more of them if I tried harder, perhaps strangers on the subway—especially the tourists—would be willing to strike up conversations. There are plenty of times someone asks, not necessarily to me, but to the general train car, “Is this going to Queens?” or “Does this stop at 34th Street?” and I am capable of not only answering, but engaging, and, most often, choose not to. I don’t talk to strangers at bars. I don’t strike up conversations in line for concerts or in Prospect Park or along the Brooklyn Bridge or even when eating at a table that is pushed right up against a stranger’s at a small cramped restaurant.

We in New York are eager to have our own privacy, to pretend, even if it is not true, that we have our own space. Sometimes that means erecting invisible barriers between my table and the next, pretending we can’t hear every word of the other’s conversation. Sometimes it means shutting off your ability to hear anything or take in any data when riding the subway, crossing the avenues, navigating the city, in order to keep from feeling overwhelmed.

Perhaps the wide open spaces of the West, even the five to twenty to a hundred feet between the houses and from the houses to the street, encourage people to reach out more, since we have the comfort of space, but not as much connection.

One of my favorite films, Zero Effect, is set in Portland. In it, one of the characters says, “L.A. always seemed like such a lonely town. Everyone driving around by themselves in their cars, nobody talking to each other.” Perhaps that is a stark difference from Portland; certainly L.A. has a big-city air where everyone is removed from what is happening around them, similar to New York. Or perhaps that trait is not so lonely when someone, like me, is a highly sensitive person more inclined to introversion and misanthropy, seclusion and isolation—but not in a bad way, simply in a calm, focused, quiet way.

I can’t shake the feeling that the West just has enough space, enough room for my own energy field to settle and calm around me, rather than continually bumping up against others’.

“I couldn’t do it,” the people who lived in Portland said, frequently. “I couldn’t live in New York. I wouldn’t want to.”

“We fight a lot,” I say, which often elicits a snicker. “We’re in a love-hate relationship. But I don’t know, I can’t seem to turn my back on her—not yet. I’m not ready to leave.” And as I say it, I know it’s true. The grass is tall and vibrantly green and capable of growing everywhere, since less of the city is covered in concrete, but New York has grass, too. And for now, it will do.
Tags:
Views: 842
Related articles