New York Fashion Week Continues: Sophisticated, Riské—and Everything In Between 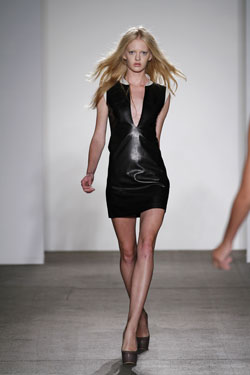 Photo by Patrick McMullan/PMc
Diane von Furstenberg, Donna Karan, Monique Lhuillier and Carolina Herrera all showed their new chic and elegant collections over the last three days in New York. As one would expect, they were perfectly executed, beautifully tailored and highly praised.
But the other side of fashion week’s coin is one that’s taken over by scandalous reality stars, Playboy playmates and Los Angeles starlets who fly into the city and unleash their wild sides, hosting parties, dancing on tables and celebrating in Lycra dresses and platform heels. While serious designers scoff, it does come as a welcome break from any pretentiousness. 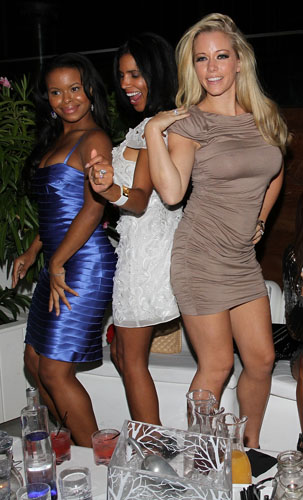 On Friday, Hugh Hefner’s former girlfriend Kendra Wilkinson Baskett stopped by the Caravan Stylist Studio party at Sky Room for Fashion’s Night Out to film an episode her E! reality show. The next evening, cashing in on the club atmosphere, models danced on banquettes sporting the Beach Bunny Swimwear bathing suit designs of fellow Playboy starlet and sex-tape star, Kim Kardashian. Meanwhile, DJ Sam Ronson brought the crowd to its feet at her sister Charlotte Ronson’s runway show after party. Most guests were hoping that Sam’s former flame, Lindsay Lohan, would make an appearance to show her support, but the newly sober redhead was no where to be found. 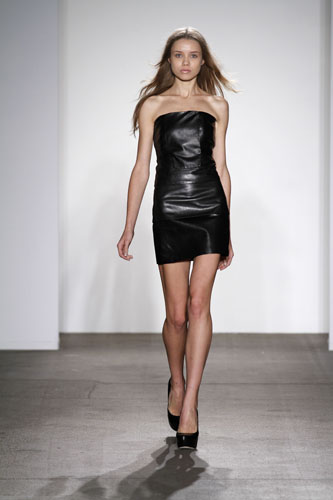 Some canny designers, however, have mastered bridging the gap between highbrow and lowbrow. Elise Øverland’s collection featured black leather mini skirts in her collection, inspired by a 1960s Mod look. Marc Jacobs (who recently stripped down to pose as the face of his new fragrance, Bang) had his girls rehearse for two hours before sending them out in bright colors and shiny pants. Custo Barcelona, always a visual kaleidoscope, mixed glitter with sequins and feathers for his show on Sunday evening, which was followed by Tommy Hilfiger, who celebrated his fashion house’s 25th anniversary with a complete collection and after party at The Metropolitan Museum of Art. 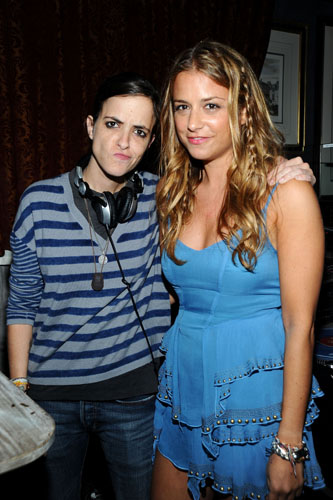