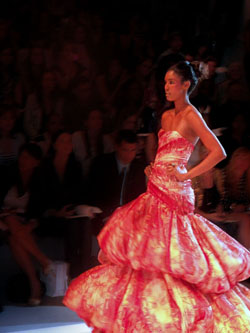 Rich’s “Popluxe” show, a mix of latex, leather and lace, featured chain collars, assless chaps, and tight black gloves interspersed with frilly frocks. The collection, although Rich’s solo line, was very reminiscent of the Heatherette label he designed with former business partner, Traver Rains. The entire affair was as much a nightclub scene as it was a fashion presentation with a DJ spinning dance music—in honor of Rich’s club kid days in the 1980s. 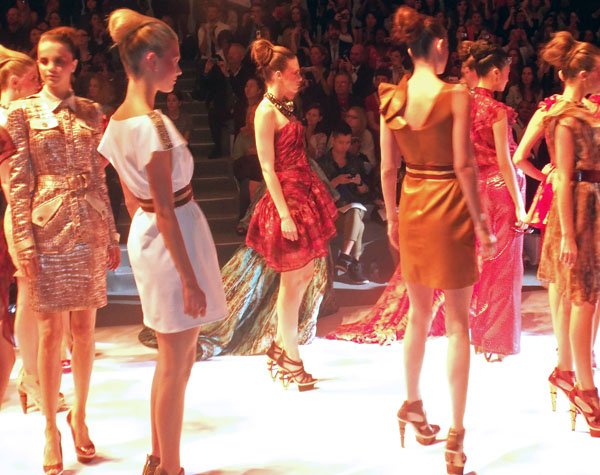 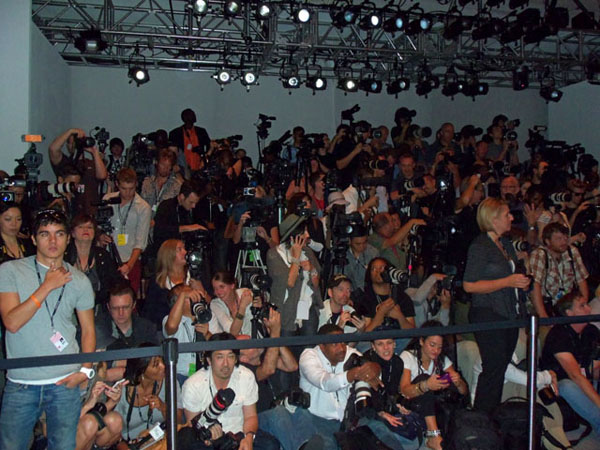 Despite the stir he created two years ago when he was “outed” in a Bitch magazine editorial for his use of the phrase “hot tranny mess” (he quickly apologized to GLAAD for anyone he may have offended), Siriano, a former intern for Marc Jacobs, Vivienne Westwood and Alexander McQueen, continues to see a spike in popularity. 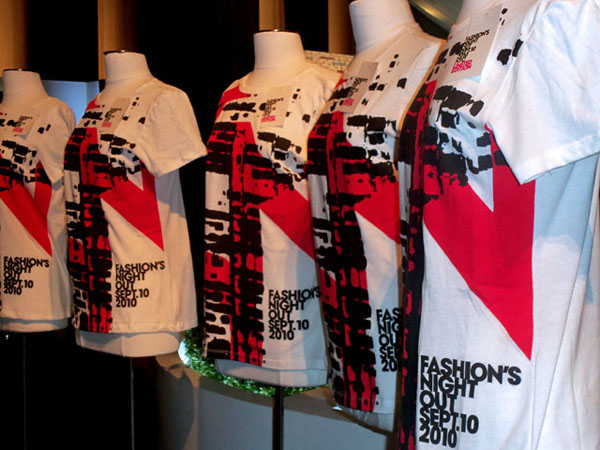 Today marks the second day of New York’s Best-Dressed week, but many designers’ shows take a back seat to Fashion’s Night Out this evening, when most every fashion emporium in Manhattan keeps its doors open late and entertains the masses with free in-store concerts, DJs, cocktails, sales and a city-wide party that stretches from the Upper West Side to Soho. Highlights include Victoria’s Secret bombshell Adriana Lima modeling lingerie at the Soho shop, Naomi Campbell helping Dolce & Gabbana celebrate its 25th anniversary, and pop superstar Janelle Monae performing at Ralph Lauren’s West Broadway location.
Tags:
Views: 1285
Related articles