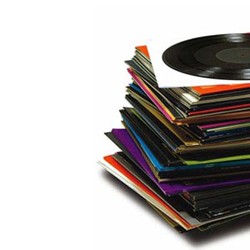 The subtle and not so subtle interplay of sex-speak and music.

Kitt hath lost her key
But I have one will fytt
Her locke if she will try,
And doe me not denie
I hope she hath more wytte.

My key is bright, not rusty,
It is so oft applied
To lockes that are not dusty,
Of maydens that are lusty,
And not full fillde with pride.

Then Kitt be not too prowde,
But try my readie key,
That still hath bene allowde,
By ladyes faire a crowde,
The best that ere they see.

You can but try and then,
If it fits not, goodbye:
Go to some other man
Doe better, Kitt, than I.
But ne’er come backe to mee,
For I shall keepe my key
For others, not for thee:
So either go or stay.

“If music be the food of love, play on,” wrote William Shakespeare sometime around 1600. Music and love—or more specifically music and sex—have been intimate with one another for centuries, but oft times their bawdiest duets have taken the form of undercover ditties whose lyrics are laced with double entendre, euphemism and dysphemism—or in other words, code.

Musical comedy has had a longheld tradition of libidinous patter. With songs such as “Anything Goes” and “Let’s Do It,” Cole Porter may have been crowned king of innuendo, but as this snippet from The Mikado goes to show, even Gilbert and Sullivan weren’t above a little risqué ribaldry now and again… and again:
There is beauty in extreme old age —
Do you fancy you are elderly enough?
Information I’m requesting
On a subject interesting:
Is a maiden all the better when she’s tough?

These days most songwriters don’t bother with “wytte.” Lyrics are often raw (as in not well done?) and to the point: “I’ll get him hot and show him what I got,” succinctly sings Lady Ga Ga. However, there are a few “artists”—and I use the term loosely—out there who still enjoy some wordplay as foreplay. For instance, Brittany Spears’ hit “If You Seek Amy” is a riff on F-U-C-K me. (Okay, so it ain’t Oscar Wilde by any stretch of the imagination.) The Blink 182 release Take Off Your Pants and Jacket” could be straight out of Beavis and Butthead: “He said jack it. Heh, heh.”

Perhaps you’ve heard of the ’70s band 10cc? Best known for the hit, “I’m not in Love,” what you may not know is that the band’s name—10cc—is the average amount of fluid a male produces when he ejaculates; or were you aware that the S.T.P. in Stone Temple Pilots originally stood for “Shirley Temple’s Pussy;” or that when the Irish group The Pogues formed, the band was called Póg mo Thóin—translated literally from Gaelic: “Kiss my ass.” (It wasn’t until a radio host who spoke Gaelic copped on and commented that the name was abbreviated—but doesn’t that make them KISS? Uh-oh…)

Ironically, the Buzzcocks, the punk prodigies that brought you such hits as “Orgasm Addict,” were not named for male private parts. From Wikipedia: “The name ‘Buzzcocks’ was chosen by Howard Devoto and Pete Shelley after reading the headline ‘It’s the buzz, cocks!’ in a review of the TV series Rock Follies in Time Out magazine. The ‘buzz’ is the excitement of playing on stage; ‘cock’ is Manchester slang meaning ‘youngster.’ ” (Although the double entendre is obvious.)

Seventies rock icons The Who had a hit with the less than subtle ditty, “Squeezebox,” that Pete Townshend originally wrote for a 1974 TV special. Chances are, with a nod to the Rolling Stones’ infamous boob-tube bowdlerization, Townshend may have had the confounding the censors in mind when he wrote:

’Cause she’s playing all night
And the music’s all right
Mama’s got a squeezebox
Daddy never sleeps at night.

But rock’s enthusiasm for language that skirted the edge of propriety and flouted the status quo were nothing new. Early examples of jazz contain an entire library of lyrics that were code for all sorts of sexual goings on:

I ain’t gonna give nobody none of this jellyroll,
I wouldn’t give you a piece of this cake to save your soul!
Oh, my ma told me today,
Before she went away, oh, baby,
“Be a good boy!” She’d bring me some toys,
You know I’m her heart and pride and joy;
Ain’t no use for you to go on hanging around,
You know I love you well,
but I gotta turn you down,
Turn you down,
Oh, my jellyroll is sweet, and it sure is hard to beat.
Oh, I know you want it, but you ain’t gonna get it.
I ain’t gonna give you none.
— Clarence Williams, 1934

One topic, however, on which rock has cornered the market are songs dedicated to the glorious pursuit of masturbation. From Jackson Browne’s roadie anthem, “Rosie” (Rosie you’re all right/you wear my ring/When you hold me tight/Rosie that’s my thing/Look’s like it’s me and you again tonight, Rosie), to “She-Bop,” the song that landed Cyndi Lauper on Tipper Gore’s Parents Music Resource Center hit list (Aw, C’mon, Tip… Girls just wanna have fun), to the slightly more oblique 1980 release “Turning Japanese” from Brit band The Vapors (turning Japanese is said to refer to the facial expression one achieves while attaining self-induced climax), getting oneself off has proved…inspirational, to say the least for many a singer songwriter.

Other rock songs with memorable sexual content of a non-masturbatory nature include the vomitatious “Cherry Pie” by Warrant, “Little Red Corvette” from Prince (either the vag or clit, depending on who’s driving), KISS’s “Love Gun”, and “I Eat Cannibals” by Total Coelo (apparently in some circles “cannibalism” is a term for gay oral sex—at least, that’s what Cherry Trifle told me, and who am I to disagree?)

These are just a few examples of musical copulation. But of this I am sure: Whether it’s in your face, or between the notes, the love affair between sex and song isn’t likely to end anytime soon. (By the way, if you’ve got a favorite dirty lick, please give me a head’s up. I’m always looking for… inspiration.)
Tags:
Views: 796
Related articles