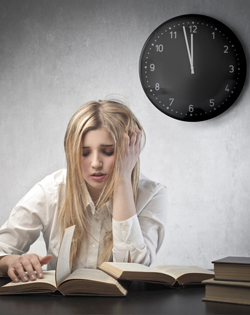 National student loan debt has surpassed $1 trillion, topping credit card debt for the first time and has prompted new calls for a student debt bailout. At the same time, marriage and birthrates are falling, while the average age people tie the knot is inching ever upward.
There’s evidence that student loan debt is a factor in these changes and those who want to preserve the traditional family would be wise to consider a onetime forgiveness of at least some of the nation’s student loan debt.

The traditional family is usually considered a married male/female couple with of 2.5 kids, although variations exist. This is not a cheap institution, even considering variations across economies and penny-pinching. First there’s the American Home which costs upwards of $200,000, the $10-15,000 per year cost of raising one child and preexisting wedding debt, usually about $27,401, families are expensive.

Yet because of student debt, many people are unable to bear the brunt of these expenses. When one or both members of a couple are pays 40%, 50% or even 60% of their paychecks to student loans, the added cost, not to mention uncertainty of a baby does not make economic sense. Nor does a wedding, an enormous and expensive party, make fiscal sense for that matter.

This debt has only accelerated an already changing attitude regarding marriage and the family. The marriage rate for American adults has dwindled below the 50% mark, with the average age of marriage reaching a peak of 26.5 years old for women and 28.5 for men. These numbers, while stark, are nothing compared to statistics regarding birthrate.

Birthrates for teens and young adults have reached their lowest levels since the 1940s. Except the reason for fewer births isn’t that more men are overseas fighting Germans, but because of the uncertainty over the economy. Unless the debt issue is addressed, the size of the American family will continue to shrink. Decades ago the average family had three or four children, but if the trajectory continues, soon the average family may not even have a whole child.

Shrinking families is not a new phenomenon, with population in many parts of Europe declining as young couples have fewer children. America is no different, with population growth expected to shrink from 1.10 percent in 1995 to 0.6 by 2050 according to the Census Bureau. This may actually underestimate the rate of decline as the birthrate fell 2% meaning there weren’t enough births to prevent a decline in population.

Of course fewer children will probably be unavoidable with debt levels like these, especially for women desiring to be stay at home mothers. The double income family was once an option, as long as one person’s income could sustain the family. With both parents having college degrees and debts of excess of $100,000, both incomes will be necessary simply to survive.

Perhaps a bleaker problem to the traditional family, and one almost everyone can agree on, is that the debt levels are necessitating the return of graduates to their parents. With loan repayments eating up as much as 60% or 70% of a graduate’s paycheck, this leaves little left for rent, even with a partner. Once food, transportation, clothing and incidentals are factored in, to say nothing of luxuries like cable or a cell phone, something has to give.

Starting a family, or being with your wife in a biblical fashion, is not easy when your parents are in the next room. Granted this arrangement might save on birth control, as abstinence is the cheapest, if least gratifying form of birth control, but there’s a steeper price paid. This arrangement postpones a couple’s entrance into adulthood and a family life, yet as with exploding debt levels, there may not be any other option.

This is a defining moment for those who support the traditional independent family, if debt levels like this are allowed to continue, the family as we know it will die. Instead of a married man and woman raising kids on their own, it will be two cohabitators raising kids, or possibly just pets, in their parent’s homes. As a lesser of two evils, students should be bailed out, with a few changes in funding policy.

First there should be forgiveness of all student loan debt covered by the government. It’s not money they’ll ever see again anyway. This will allow students to live in a freer fashion and create families, as described earlier. Second, Pell grants should be maintained, but restructured. Focus more of the money for juniors and seniors, incentivizing graduation, while discouraging students who aren’t serious about college from attending. Third, create some provision for students to file bankruptcy for student loan debt. If big banks can, why can’t students?

Finally, create stricter methods of providing student loans. Loosening restrictions of loans have resulted in more borrowing than ever before for education. While the lack of bankruptcy laws ensure it will eventually be paid back, the snail’s pace will hamstring both lenders and borrowers. Preventing those with little means of repaying the loans upon graduation will prevent them from being saddled with unavoidable debt that will destroy their life path.

The traditional family has been declining for decades and these debt levels may be the death knell. While large families were once a sign of poverty, many children working as farmhands, in the modern world they are a sign of wealth. Unless something is done about student loan debt, we’re going to borrow ourselves into a world without children.

Yes, that’s right. We want YOU to write something for SexIs! See this post for details!
Tags:
Views: 1535
Related articles