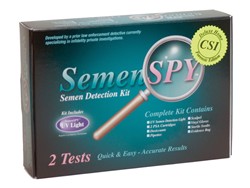 Garden State Investigations and Security.
Taking the pulse of our cultural sex drive, one teabag at a time.

Kicking off the Pulse this week is the one and only Sasha Grey, who has been the toast of the intertubes for her starring turn in David Soderbergh’s film The Girlfriend Experience, in which she plays an Ashley Alexandra Dupré-like escort. Check out the trailer here.

And not wanting to get left out, Marvel Comics is attempting to reassert itself as a relevant sexual force, announcing its new comic book series Marvel Divas. Divas takes four superheroines (Black Cat, Hellcat, Photon, and—for those of you old enough to remember the halcyon days of Spider-Man and His Amazing Friends—the one and only Firestar!), and give them the Sex and the City treatment. With spandex. One question: which superhero (or villain) gets to play Mr. Big?

But the real entertainment story of the week is less about sex than it is about virgins. Just a week ago, Susan Boyle was a 47 year-old community volunteer from Blackburn, Scotland. Then she went on Britain’s Got Talent, ostensibly to be mocked and ridiculed...that is, until she started to sing.

What We’ve Learned: After hearing Ms. Boyle sing, we think the moral of the story is simply this: never judge an e-book by its Kindle.


The Week in Sex and Love

There’s a hot new trend in infidelity, according to Oprah-land: wives dumping husbands for... another woman!

But that’s not the week’s only infidelity news. Are you worried that your significant other might be cheating on you? Then come to where infidelity and commerce intersect: the Semen Spy Detection Kit!

If you enjoyed Easter last weekend, did you enjoy your Easter Monday spanking? No? Then read all about the fun and frivolity!

And, just because the mainstream media likes to bloviate endlessly about kept women, here’s a little love letter from the New York Times not on life or liberty, but on the pursuit of kept happiness.

Pulse: dangerously low, as we’re furiously washing all our undergarments in case someone wants to do a semen test on them.

What We’ve Learned: That we’re definitely going to the Czech Republic next Easter Monday.


The Week in Sex Science

There’s been a lot of talk about menstruation this week. Specifically, that menstruation apparently causes women to shop more. Also, another pack of scientists may have found a way to reverse menopause—in rats.

Is your relationship going to survive over the long haul? Well, there’s one newfangled way to find out: psychologists say they can determine the success level of a marriage simply by studying people’s childhood photographs and examining the intensity of their smiles. So remember—smile with your diaphragm!

Is the male contraceptive pill finally on its way? Scientists have tripped onto “a genetic fault that leads to male infertility”, giving hope to us all that someday there will be one more thing that guys are forgetting to do.

Pulse: 68, because our childhood pictures are full of frowny faces.

What We’ve Learned: We should go shopping more often.

A cheerleading coach in Orangevale, CA was fired this week after it was discovered that she’d posed nude for Playboy. The kicker is that she wasn’t found out by parents or school faculty, but rather by the girls themselves, some of whom were upset after not making the cheerleading squad.

Vermont, hot on the heels of legalizing gay marriage, is now considering the legalization of teen sexting. The issue of whether to hire naked cheerleading coaches has been tabled until the fall session.

And Governor David Paterson is preparing to bring the gay marriage express to the Empire State in what will surely engender a new sense of pride of the Yankees.

What We’ve Learned: That tickets for the new two new baseball stadiums in New York are really ‘spensive.


As you know, this was Tax Week, America’s least-loved week of all. Thus, some citizens took to the streets to protest...er, something. We’re still not quite sure what. But we’re going to end the week with a quote about the tea-bagging ceremonies, courtesy of MSNBC’s David Shuster:

"If you are planning simultaneous tea bagging all around the country, you're going to need a Dick Armey."
Tags:
Views: 1279