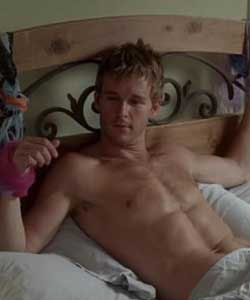 It’s another week, which means another look at sex and gender issues in HBO’s True Blood. If you’re new to our series of articles, take a moment to check out some of our previous ones, including a discussion of Tara’s transformation into a cagefighting lesbian, Sookie’s dual nature and a closer look at the show’s witches.

HBO television series have a reputation for not shying away from either violence or sex, and with copious amounts of both blood and flesh on display each and every week, True Blood is no exception. Couple that with the fact that the show’s creator, Alan Ball, is openly gay and True Blood’s persistent, yet vague, metaphors for all manner of civil rights (discussed here), and it seems reasonable to look at True Blood as a pretty liberal-minded show. So why does it display such a strong streak of sexual conservatism?

Examples can be found throughout the show’s previous three seasons, but this past Sunday night’s episode, “Me and the Devil,” put the finest point on the issue that we have yet seen. After escaping from Hotshot, where he was forced to have sex with countless women against his will, Jason Stackhouse spoke with his good friend Hoyt Fortenberry about the ordeal, wondering if it was perhaps punishment from God for having had too much sex.

Jason’s idea of God is seemingly like the father who catches his son smoking and forces him to finish the pack in one sitting, with his repeated rapes in Hotshot a kind of aversion therapy. He and Hoyt went on to elaborate on all of the scrapes into which Jason’s ravenous libido has led him, including becoming addicted to the drug V and being suspected of murder. With that one conversation, Jason’s entire arc throughout the series has been recast as a morality tale, where the lesson is that wanton lust will bring you nothing but trouble.

True Blood clearly has a liberated approach to sex, with most vampires exhibiting a type of pansexuality that encompasses humans as well as other “monsters,” for lack of a better term. This past Sunday’s episode even features an impassioned apologia of incest, which is in and of itself somewhat fascinating. Why then, would True Blood’s creators choose to send such mixed messages about free-flowing sexuality?

There’s nothing wrong with a piece of art having a point of view – in fact, it tends to elevate the work to a higher level. However, when a movie, television show or book sets out with such a clear message or idea about a particular topic, it ceases to be art and becomes something else entirely: Propaganda.

It’s easy to take potshots at True Blood, especially after last season, but the inherent sexual conservatism of Jason’s developing storyline is actually an example of the show at its best. While much of the rest of the show revolves around the transformative nature of love and/or lust and the difference between the two (Sookie and Eric’s burgeoning relationship for example), Jason’s recent revelation is the perfect counterpoint to that theme. By highlighting the troubles that the oversexed Jason has brought upon himself directly through his insatiable carnal appetite, True Blood illustrates that there is such a thing as too much of a good thing, and that a high level of responsibility comes built into any sexual act.

Of course, that’s not to say that either view is completely accurate, which is why both of them are so very necessary to fully explore the power of sexuality, which at its root, is largely what True Blood is all about.

Make sure to leave your thoughts in the comments below and catch True Blood on Sunday nights at 9pm on HBO. Then check back with us here on Monday to discuss the show.
Tags:
Views: 1020
Related articles