From Raped And Repressed, To Rabbit Aficionado: A Tale Of Redemption Through EdenFantasys. 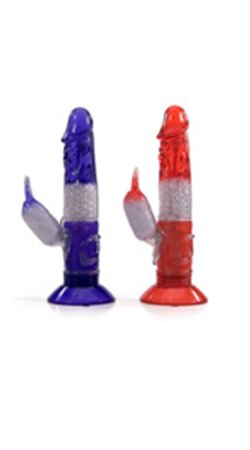 "You save yourself or you remain unsaved."

I was a busty, curvy, nerd in high school, with a truly rockin’ bod. This is the worst kind of nerd to be. It meant I just wanted to read my books and get good grades, without being groped in the back of the classroom.

Well, I read, I got good grades, and I was constantly groped. I was so put off by this that I wanted nothing to do with boys, dating, or sex. I graduated without ever being kissed.

Along came a non-threatening boy who seemed to understand my outsider status. He said the right things, and I let my guard down. I was raped in silence, without a scream, because after I couldn’t push him off I went somewhere else in my head and went limp. It took years of working through self-harm and self-loathing in therapy to even remember those moments. I just knew I didn’t want to repeat the experience, whatever it had been.

I met my husband in graduate school and married a good, Christian boy (son of a preacher man) who had a seriously perverted streak. It didn’t come out until long after the wedding, and although I thought I loved him, he scared me, degraded me, and never satisfied me. Although I know these things are sometimes pleasurable in a consensual relationship, this was not one of those times. When illness caused me to gain weight he began abusing me verbally, mentally and emotionally, and eventually decided he wanted a divorce when just cheating on me behind my back wasn’t cruel enough. A drawn out divorce was soul destroying.

After the divorce I was adrift emotionally, I felt ugly and hated my body, and believed all men would only hurt me. I was so lonely and sexually frustrated that I existed in a constant state of agitation. I’d never had the skill to reach orgasm manually with my hand, and years of infrequent sex hadn’t done the trick either. I needed a different outlet.

It took three AAA batteries and less than five minutes to reach the most screaming orgasm I will probably ever have. I couldn’t believe that this knowledge and experience was hidden from me until that day. I had discovered a wonderful feeling that made all the romance novels I read make sense. I became a dedicated Eden customer, and joined the review program, which firmly anchored me in a community of sexuality that always maintained a healthy, consensual atmosphere of exploration without degradation.

Having an outlet for my sexual frustration helped me focus on rebuilding my life. I took classes, I hiked extensively and lost weight, and pondered what I wanted my future to be for six years. This time, it was my life, not the life some man wanted to impose on me to bend me to his will. Years of therapy helped me frame in my head what a truly healthy romantic and sexual relationship should be. I found my sexual confidence, my body image improved, and I had a blueprint for Mr. Right in my head.

Mr. Right turned out to be the boy next door and my good friend whom I’d never considered romantically. A rekindled friendship, time spent together, and a growing mutual attraction led him to frankly ask me to have sex. I was terrified but I knew I could trust him to not hurt me. I decided I’d been alone long enough.

The first couple times I was out of my mind with anxiety and had to keep telling myself not to punch him. I don’t remember much other than it was pleasurable, but I had trouble relaxing and climaxing. But once I truly believed I was safe, I gradually started asserting myself with a level of sexual confidence I’d once thought impossible. I was more vocal, I let him know what he did that worked, and what he could do that I knew would please me. He was loving, understanding, and took direction well. He admired that I knew what I wanted sexually and had grown comfortable enough with him to express it.

Surprisingly, I also realized that I wanted different things from our sex life than I thought I would in the past considering my background of abuse. We often made love in an intimately sweet manner. But increasingly I would also dominate him and be the aggressor in all manner of sex which would have never happened in the past. Then the roles reversed and I let him dominate me, and was able to submit with only desire and want, not fear. It was a great revelation to me how much I enjoyed being the object of someone’s passion, wanting to do for him whatever would please him the most. It felt like the greatest expression of love and freedom from my personal demons.

We still make love, we still fuck, and I still have my vibrators for when he’s out of town. I continue to attend therapy to work on my personal issues. But I think of my first rabbit vibrator was the key that unlocked something inside of me that is only now fully able to express itself. I am a healed, sexually confident woman, with a caring lover who rocks my world. But none of this recovery and adventure would have happened without that little ad in the back of Cosmo, and a plain box from EdenFantasys.
Tags:
Views: 2220
Related articles

Library Girl
When people come to the library, I look like the stereotypical librarian. I often wear my hair in a bun, I have glasses, and a lot of sweater sets. They have no idea what kind of freak I am when not on the job.