Myth Busters: "Females will always know when they are having an orgasm" 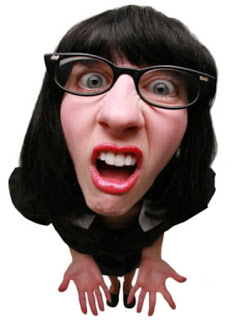 In movies and magazines and on tv and websites, I've heard this idea of orgasms being the most obvious thing in the world. Sometimes they are so mind blowing that they are impossible to miss: my body seizes, pleasure surges through me blinding and deafening. Afterwards, I am so high off of oxytocin and endorphins that I am giddy and giggle, slightly drowsy. Then it is the most obvious thing in the world, but not all orgasms are alike, not for me and certainly not from one person to another.

"Chances are, if you're not sure whether you've reached the big O, you probably haven't because the feeling is so distinct, it's unlikely you'd confuse it with anything else."

Men can have orgasms without ejaculating, ejaculating supposedly being the first sign of orgasm. A mandatory occurrence apparently, but not so. They can also ejaculate without having an orgasm, which I'm sure sucks. Sometimes I have what I am sure is a type of orgasm- a plateau instead of a peak in which I experience the same physical feelings that usually occur in the middle of the big O without the beginning or ending. in fact, often I choose when to exit as there is no obvious time when it is over. Other times I have several "almost-gasms." The same pleasurable rush, just milder and without the shaking. If I had never experienced the earth shattering kind, would I know if these were the real thing or not? Probably not. Are they the real thing? Well, I don't think that anyone is going to make a home oxytocin meter anytime soon, and I doubt that body temperature is a for sure sign (not that I'm going to whip out a thermometer) seeing how much of a sweat I build up masturbating or riding someone, so I don't think that science is going to explain it for me.

I assume that this is based on the opinions of the females surveyed- not on factual scientific evidence- but I guess whether we believe we have or not truly is what is important anyway. Or even more relevant - simply whether we are satisfied or not. Those orgasms I used to fake were my way of saying "That's it, I'm satisfied and this is a show of how much fun I had in the last half hour." Back then I thought that the way to attempt to achieve orgasm was through direct clitoral stimulation. I wasn't expecting orgasm from intercourse alone, and all I knew was that my clit couldn't handle flicking and rubbing in circles for too long before it became much too sensitive and I couldn't handle it anymore. I remember reading an article in Playboy or Penthouse about how one should stop touching a clitoris if it receded back into the hood; I think this is complete crap because the best way for me to cum is to use a vibe on my clitoral shaft while being penetrated by something reasonably small. I had a few random orgasms in my teens and early 20s, but nothing that I could intentionally repeat, including the almost-gasms mentioned above.

Since first learning to cum through stressing out my limbic system (not suggested -do not try at home) and then discovering Fun Factory's Ocean and products containing the vassal dilator L-argenine (almost 2 years ago, age 36), I have moved on to achieve multiple orgasms of all types and levels. From the first throb and buzz of arousal, I move on to rolling waves and rushes, having short shudders and bursts and then usually, but not always, magnificent petite mort (literally "the little death" in French) and occasionally orgasms so intense that I lose all of my other senses- including feeling anything but the climax itself. It is actually quite difficult for me to differentiate between which exactly are orgasms and which are definitely not. I know that the beginning is not and the end usually is, but I have many stages in between that if I were less experienced, I would definitely be satisfied with. Sometimes I feel greedy even trying for more- especially if I've had 30 or so rushes of perfect pleasure and am still grinding my Couture inspire wand.

Another reason why we can't rely on a graph or a list of symptoms or an exact explanation of what we are supposed to feel is that there are arguably up to 10 different kinds of orgasms, all different which in turn will be different for each woman. Most of the orgasms I have had were clitoral, some g-spot and a very few a-spot with one spontaneous (perhaps thought?) orgasm and many during sleep. I have not experienced anal, nipple or foreplay (kissing) orgasms, though at times I throbbed so damn much I probably could have had one with stronger Kegel muscles! Each different type of orgasm feels different - for instance, for me clitoral O's are intense and generally have strong peaks whereas g-spot O's are milder, rolling and more subtle. I have read several articles in which the authors explain their own systems of varying numbers of types of O's, each having separate characteristics. I think that it's a complete myth that orgasms are black and white things- many "shades of grey" so to speak.

A better question than "Have I experienced an orgasm?" is "What does orgasm mean to me?" Pleasure. Sexual pleasure. Even those vaginal throbs are a precursor to what is to cum, so the signs- the toes curling, the back arching, the sweat, the rushes, the shakes, with or without these and more, it's really about whether you felt what you wanted to feel or not.
That said, orgasms are not all there is to sex, and during all those years in which I faked it, I was still emotionally satisfied. I just hadn't given myself the time, patience and effort to learn how to manipulate my body to major climactic orgasm yet.
Tags:
Views: 3602
Related articles

I have my own site- reviews, info, tales from the trade, erotica, and more but videos are really my thing.

Although I love to write, acting and sex are even more fun (regardless of whether it's sex for one or two or more). Eden has given me a chance to discover that I like to be MYSELF in front of a camera as well and video reviews have become my focus.

I specialize in luxury toys (owning over 300) and vaginal toys with smaller girth plus strap on gear and stim gels.

I am poly and pansexual but more than happy with my cismale partner. We both recently exited the sex trade and never have I had a more compatible open minded WELL ENDOWED lol partner