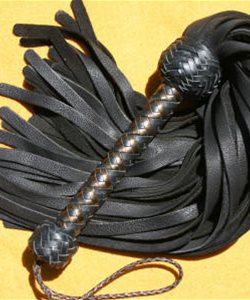 Have you ever wondered exactly what the difference is between whips and floggers? Well here is your answer, along with examples of each.
We all have heard of at least one of the following: whips, floggers, cat o' nine tails, bull whips, riding crops, canes, or even others. What all of these have in common is that they are classified as whips. Whip is an umbrella term that includes a couple of sub categories. Within these sub categories, they are broken down even further.

The two main sub categories are firm whips and flexible whips. Firm whips include canes and riding crops among others. What identifies a firm whip is that the majority of the length of it is sturdy with little give. Canes are primarily made of rattan, bamboo, or a sturdy artificial material. A good example is this Bamboo Cane. Generally the only part that would be wrapped is the hand grip, otherwise there is nothing to soften the impact. Riding crops are designed in much the same way, a sturdy shaft and handle, but differ with the fact that they are wrapped in leather. They also have a flat, flared piece of leather at the end, which creates a wider, flexible impacting surface. This Riding crop is a traditional one used in play.

Flexible whips have different ways of grouping them. No matter how you decide to group them, you will have groups within groups. To start with, you have your single tails. These include your bull whips, dragon tails, buggy whips, and various others. Buggy whips and bull whips have a cracker on the end of the fall, which is what makes the crack sound that we all know. Dragon tails and some of the others do not have the cracker on the end, which makes them a little bit less likely to break skin. 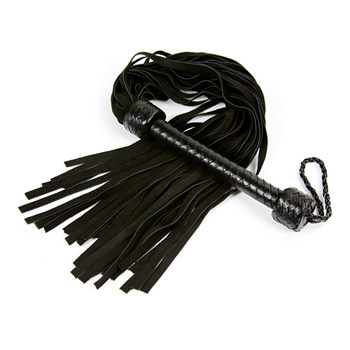 There are 36 tails in all, and ... the suede's nap makes them look rough but they are the opposite, and feel amazing dragged over the skin. – sXeVegan90

You also have quirts, which are generally a single piece of leather that is split into 2 or 3 tails at the tip. There are some specific types of quirts which will have more or fewer tails.

Floggers are generally considered to have multiple falls or tails, and includes everything from about 5 falls to over 20 falls. The most well known of these are cat o' nine tails and scourges. A cat o' nine tails is a specific type which has exactly nine falls and may actually have a butt of a shaft as well. Not all cats have a shaft but it is the traditional way they were made. The scourge has many varied uses but the primary one is ritualistic and religious. In some religions you do it to yourself, while others it is done by a person of status. No matter how it is done, the reason is the same, to rid yourself of the skeletons in your closet (or your sins). There are also ones that are simply referred to as a flogger. These are the ones that are not made to specific specifications and can vary vastly. A few examples of the variety of floggers are the Fluffy Flogger, the Icicles No. 38, the Rubber Whip, and even the Sensua Suede Whip. While the names of some of these imply that they are whips, they are technically flogger whips.

Depending on the type of whip used and how, there will be different sensations created ranging from pain to relaxation and pleasure.
Tags:
Views: 5427
Related articles 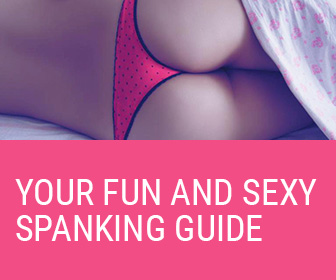