A beginner's guide to Sexting 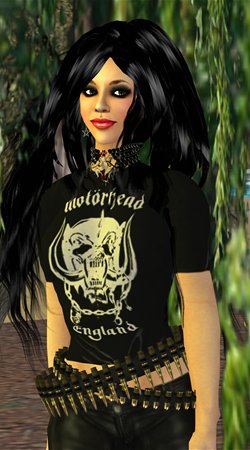 Jenny Swallows
Panic-stricken social commentators tell us it's the latest evil craze to be turning our children into sex-mad monsters. But not only has sexting always been with us, it doesn't care how old you are, either. So, a noobie's guide to getting it on in three or four characters, tops.
A friend who (and I mean this nicely) is old enough to remember such things, recently told me a story of her first experience of sexting, back in the days when texting itself was still a technological time-waster to come.

She and a male penfriend on the other side of the country signed off their letters to one another with a series of ever more elaborate and involved acronyms and initials. They journeyed from SWALK (sealed with a loving kiss) to IWFYBO (I’ll leave that to your imagination) in the course of a few sweet months, before arriving at the point where the rows of letters consumed more space on the page than the contents of the actual letter. Entire sentences...nay, entire paragraphs...spilling out in carefully constructed suggestion and smut!

Sadly she’d forgotten almost all of them. Just one, she told me, stuck in her mind, and that’s because he was absolutely baffled by it, and she was too shy to ever decode it: AIST. So shy that, nearly thirty years on, she still blushed when I insisted on an explanation.

I mention this (a) because it sounds like fun, and (b) because it also sounds so horribly anachronistic that she might as well have been discussing the courting rituals of the Founding Fathers, as opposed to a couple of teens in the mid-1980s, exploring fantasies that they would never have dared speak out loud by forcing the letter’s recipient to fill in the gaps. These days, there’s an entire new language of explicit sexual terminology out there, and a stock exchange full of tech companies busy creating new means of transmitting it from one person to another.

NALOPKT. Or maybe they do. (“not a lot of people know that”)

Sexual coding goes back centuries. Certain ancient Greek and Roman inscriptions have been translated into the most vulgar terms, while traditional European folk songs are positively littered with words and terms that say one thing, but mean something else entirely. So next time you hear some rumpled troubadour rambling on about the unkempt state of the cuckoo's nest in his girlfriend's garden, remember this: He's singing about her hairy pussy.

Times change, and terminology too. A reminder of the days when people not only wrote letters, they used to lick the envelope to gum it down, SWALK was, apparently, very popular in the pre-internet age, and even titled an extremely sweet English movie about two high school kids falling in love. The BeeGees did the soundtrack, incidentally, years before Saturday Night Fever turned them into disco demi-gods...and long before BG became texting terminology for a young lady of easy renown: a Bad Girl.

Of course, it’s not all a matter of simple abbreviations. Some of the cyphers, to the uninitiated, appear utterly baffling - which, of course, is at least part of their purpose. When there’s a SIR (“someone in room”) or, worse still, SOS (“someone over shoulder”), how nice to know you can sign off sweetly 143 (“I love you”) without raising an iota of parental suspicion. Then follow through with a quick cu46 (“see you for sex”) or even just a row of 8s: 8888888. “Oral sex.” Lots and lots of it.

Learning to sext is a fascinating study, and there’s plenty of sites on the internet that will at least train you in the basics or, at least, those that you don’t pick up from your own friends who, regardless of their age and demeanor, are probably already fluent in it. Playing on Second Life, where many of the most common sexting terms have all but replaced everyday language in some circles, I was astonished to discover how far up the chronological chain sextual terminology has climbed; and, of course, as our generation ages, no doubt it will climb even further.

Which is an important point to make, and to remember. Media coverage of sexting is devoted almost exclusively to its popularity among teens; a further indication, the shocked voice of salacious prudery informs us, that today’s kids are growing up more sexualized, more perverted, more whatever whatever, than any previous generation. Which is not a discussion I want to get into here. Nor am I going to discuss the other great horror story, that sexting has become the new infidelity, in the mistaken belief that orgasms induced by a cyber partner are somehow less of a betrayal than simply popping round to fuck your real life lover.

Of course, you have to be careful of whom you are employing your new found linguistic talents with. I was rather surprised, when talking one day with a medical professional to discover that my innocent BRB (“be right back”) translated to him as “bright red blood” and was indicative of a rectal problem. Almost as surprised as he was when I told him that the medic’s term for doing something immediately, STAT, has been hijacked for “show me your tits and ass” (I’m not sure where the other T went). And I still wonder what he’d have made of FMH (“fuck me harder”) or Q2C (“quick to cum”)? I'd probably be FOMB ("flat on my back"), but not for fun purposes. Bye-bye the gall bladder.

So, next time your other half is stuck in traffic and texting you out of boredom, give him or her something to think about

And if that doesn’t raise a smile, then you can always combine some new school with old school, and really steam up the commute.