Equal rights across all planes! 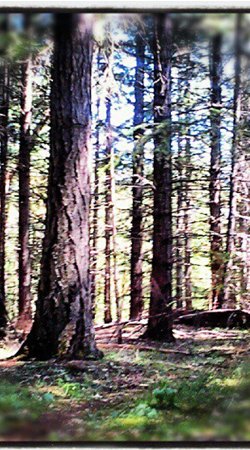 Amanda Crews
In a country that has fought so long for equal rights, it seems to me that a key area has been disregarded: father's rights to an unborn child. No man can legally force a woman to abort her baby, so why should a woman be able to abort a baby that has a parent who wants to raise it?
The A word. Such an opinionated topic. It's one I rarely venture into. While I support the right to choose, who's to say it’s only the woman's right? Not everyone is meant to be a parent, but if a father is ready, shouldn't he have that chance even if the mother doesn't want to be a part of that child's life. Every child should have a chance, and if there is a parent who is willing to give them that opportunity, they should be given it.

Fathers can be amazing single parents. A father should be able to love and protect his unborn child just as many women choose to. I don’t know why it would be OK for one person to end a life, but not OK for another one to want to save that same life.

The one argument I can think of against a father's right to keep an unborn baby from being aborted is that it is a woman's body that has to carry the baby. While I do think this is a valid argument, I also feel that when you enter into a consensual sexual relationship, you are accepting the chance that you may have to carry a baby. If the father wants the baby and is willing to allow you to relinquish all rights, I think it would be an incredibly selfish act if the woman had an abortion.

Of course there are always exceptions. A pregnancy that could kill the mother, a baby with a life threatening defect, and rape are all special circumstances that need special consideration. And I'm sure there are many more. Those are of course excluded from this scenario.

Having a baby is a life changing event that is not for everyone. I hope in the future more men will fight for their unborn children.
Tags:
Views: 1401