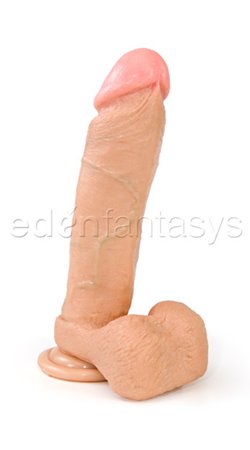 "Does this look gay to you?"

All right, so let me start off by saying I'm a straight male. I've never been sexually attracted to any males, nor have I had any bisexual/gay fantasies.

With that out of the way, I love prostate stimulation. To me, there's rarely an instance you wouldn't want it, unless you're looking for a calmer orgasm (nothing like some p-stim for a cross-eyed, mind blowing orgasm). So why is there so much negative stigma associated with guys and sex toys?

What we do know is that gay sex has been around for centuries, and it dates as far back as the ancient Greeks. There wasn’t nearly as much negative stigma associated with it as there is nowadays, so what changed? What happened between the time period of the ancient Greeks where gay sex was practiced openly and even in the military, to modern day America, where a gay couple can’t even get married in most states?

Well, for starters, we need to look at the difference between giving and receiving. Historically speaking, males are predominately the providers for their family and generally (in the past) women have been the submissive half of the relationship. There are plenty of exceptions to this rule, but this is the image that's built up in our minds through the media. Almost everything we see, hear, and touch, contributes to this stereotype, and usually at a very young age. Thankfully this is starting to change little by little, but I think it'll still be a long time before men and women will truly be viewed as equals in the bedroom.

"So what? Women are portrayed as submissive, what's this got to do with men?"

*Phew* sorry for the rant, hope at least some of you thought it was interesting.
Tags:
Views: 2340
Related articles