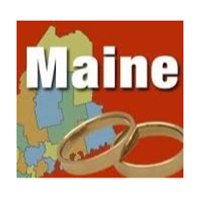 BayWindows.com
On November 6th, 2012, Maine voters agreed that the state should issue marriage licenses to same-sex couples. This is a huge win for the LGBT community and Maine as a whole. But not everybody thinks so.

It is no secret by now that Maine has finally passed the right for same-sex couples to obtain a marriage license in the state. Well, it’s about damn time. And I want to start by giving a big, virtual, gay high five to all my LGBT homies. And I would like to follow it up by saying "bite it" to all the naysayers.

With the popular vote, 54% of Mainers voted yes to marriage equality. Now that is saying something. But a lot of other things have been said in Maine since Election Day that has my blood boiling, along with a number of Mainers.

There is a post going around on a popular social networking site in which a man claims that the votes were stacked during the election. The same day, several others started popping up. This was the first that was forwarded to me, an outspoken gay rights activist, by friends and colleagues that knew I would have something to say about it:

"If you r gay I don't care that's not what this is about ..fraud on the people of Maine.just had a bout 25 lesbian s come in the shop from Oregon, mass, Vermont and a bunch of other states.they were brought here free room and board and were paid to campaign for gay marriage, and were able to vote and used the address of there free house.now they are all leaving to go back to were they really live.this is wrong, this in my opinion is fraud..."

A win for the LGBT community 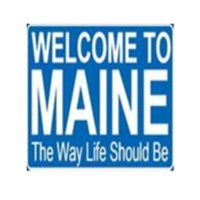 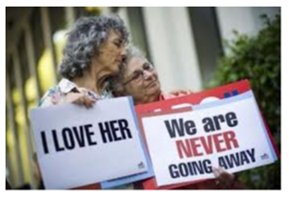 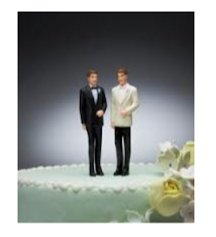 Could be possible...right? Keep reading. The next one that was forwarded to me was only about 30 minutes later:

"And here I thought Maine had gone to hell. Now I know it was outside sources that brought down our election. I just had about 30 gay people walk into my restaurant. They were having a last meal together before going back to their home states of Mass, Vermont, and as far away as Oregon. These people were brought here to live in free homes for months, just long enough to become legal voters in this state, just to pass gay marriage, and now that they have ruined Maine, they are going home. Our Election was a fraud people."

Wow, how similar those stories are! It almost makes it look like a big steaming pile of bullshit! Oh, wait, here is more:

"just saw a bunch of lesbians at the airport. they said they came here to help pass gay rights n shit. didn’t have to pay a dime to come and stay here ether. well it worked. thanks lesbians you can go now. we have a bunch of weddings to plan here. thanks to you."

Oh wait. That is a big steaming pile of bullshit! It went from a tattoo shop, to a restaurant, to an airport. In less than two hours! Sadly, the list goes on. I would have started this article sooner but I was quite excited about the whole airport being overrun with lesbians thing and thought I would head over for a few rounds of speed dating before they headed out. Sadly, they weren't there.

Of course these guys, and anyone else who is jumping on the band wagon, are coming up with reasons why Yes on 1 was a mistake. But fraud? That is a big accusation. Why is it that people can't see history in the making while it is going on? I know it would probably be impossible. I understand that people have to vent about things that anger them before they get over it. But hopping on the rumor train doesn't help any situation.

Now I am not a history buff, by any means. But there are many events that happened in our history that enraged people yet totally changed the way society thinks, for the most part anyway. We will always have those shallow, racist bastards that believe that African Americans were in no way equal to whites. We are in a whole new world now. Granted, there will always be some that still believe that race divides us. Most of us know we are all human, regardless of color. No one ever thought that we would get to the point that we are at today. And we wouldn't have if it weren’t for Rosa Parks, Martin Luther King, Jr., Malcolm X, The Black Panthers, or even our own two term president, Barack Obama. There were countless people, organizations and events that brought us to this point.

So why is it, after countless history lessons, people cannot see that it is pointless to fight something like this? As we have heard a million times, "It is not 'Gay Rights’; it is 'Human Rights.'" To add on to the point I made above, Google "Black Rights." What do you come up with? A whole bunch of sites for "Civil Rights!" This is the same thing. The LGBT community has their own history of events, just like when it was all about race. Don't believe me, Wiki it! They have a history timeline dating back to 9660 to 5000 BC. Granted I wasn't there to tell you whether that’s true or not but check out some other LGBT historical events:

In 1979 a number of people in Sweden called in sick with a case of being homosexual, in protest of homosexuality being classified as an illness. This was followed by an activist occupation of the main office of the National Board of Health and Welfare. Within a few months, Sweden became the first country in the world to remove homosexuality as an illness.

In 1991 the first lesbian kiss on television occurred; it was on "L.A. Law" between the fictional characters of C.J. Lamb (played by Amanda Donohoe) and Abby (Michele Greene).

In 1994 homosexuality no longer an illness: American Medical Association

When there are a large amount of people who stand up for something, for years upon years, and we keep getting one step closer, chances are we are going to get where we want. Might as well just admit it. Yeah, you could say the same thing about stem cell research, abortion and assisted suicide, as well as a million other topics up for debate. But we aren't asking you to join in. We aren't asking for your permission or acceptance. We just want our freedom to be happy.
Tags:
Views: 1463
Related articles