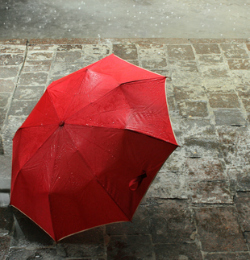 Back in 2003, Dr. Annie Sprinkle founded the International Day to End Violence against Sex Workers which is now celebrated annually on December 17th.

This day is not only celebrated by sex workers, their families and friends. But also by the many organizations aimed at aiding workers of the sex trades. Although this day is observed by a large number of people, it is still not completely well known to all.

Even I, as a worker of the trades, had to turn to Wikipedia for more information on the day. So I must give thanks and credit to wiki for providing so much information. One of the things I did not know—and now think that should be widely known—is that this day was originally conceived as a memorial and vigil for the victims of the Green River Killer in Seattle, Washington. Gary Ridgway was convicted of 49 separate murders taking place in the 1980s and 1990s. He confessed to killing nearly double. Most of the women and girls were alleged prostitutes. He earned his nickname when the first five victims were found in the Green River. He most often strangled his women with his arms and occasionally using ligatures. He would dump their bodies in overgrown areas in King County, and even returned to the bodies to have sex with them. He was linked through DNA evidence.

After the memorial service, it was decided that it wasn’t enough. Plans were put into place between Dr. Annie Sprinkle, the Sex Workers Outreach Project USA and the American Sex Workers Rights organization. Through this collaboration, it has evolved into an annual international event aimed at calling attention to hate crimes against sex workers all over the world.

The logo of this day has become a red umbrella. This originally was started by the Venetian sex workers for an anti-violence campaign in 2002, therefore the red umbrella has come to symbolize resistance against discrimination for sex workers across the globe.

When people think about sex workers, they mostly think about all the problems they must have had, or what must be so wrong with them to put them in this trade. They never realize that one of the biggest problems we have as a whole is that there are no laws in place to protect us. Everyone has their story, but in the world we live, not everyone has a tomorrow. That is why we observe this day. To let people know that we are people too, and we need the same safety and protection that so many others get. And we deserve it. We observe it to remember all of the victims of violence against sex workers. To recognize the discrimination and speak out about it. We observe it so we can come together to stop it.

Though the International Day to End Violence Against Sex Workers is observed on December 17th each year, it typically lasts for an entire week through many different organizations setting up many different events. When looking up events for this day I found so many happening from the 17th all the way through the 23rd of the month. They were happening all over the world from Ontario, Canada to Glasgow, Scotland, and across the USA from New York to California.

Though this started as a memorial service in which names of victims were read, it has become a full on holiday. It has become a tradition in many locations to annually read names of victims that not only died throughout the year, but some even start back with the victims of the Green River Killer and add to it every year, making it a very, very long list that, sadly, gets longer with each passing year.

This has got to stop. And you can help by recognizing this day with us, and speaking out. If you can’t think of a reason why you would want to help, I will give you 86 of them. If reading this list of lives lost in 2012 isn’t enough, please check out the cumulative list being read for this year which can be found here.

Names Compiled for December 17, the International Day to End Violence Against Sex Workers compiled in 2012.