Confessions of a Stripper: The Champagne Room Unveiled - Part 3 - The rest of the story. 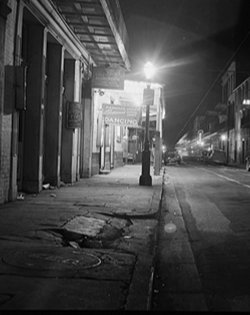 www.lib.unc.edu
Day after day and year after year, I went to work. Each night, I ran the same hustle on a different man. For years, I was their play toy and took their money; it all began to grow old. There was no big light bulb that went off in my head. However, there was one night when my thinking began to shift; when I found myself standing at a cross road. This was the night that I was slapped in the face with the reality of what my actions had caused. That night will be burned in my mind forever.

"Hustlers of the world, there is one Mark you cannot beat: the Mark Inside.”"

The beginning of the end.

Day after day, year after year I went to work. Each night, I ran the same hustle on a different man. For years I was their play toy, for years I took their money; it all began to grow old. There was no big light bulb that went off in my head. However, there was one night when my thinking began to shift; when I found myself standing at a crossroad. This was the night that I was slapped in the face with the reality of what my actions caused. That night will be burned in my mind forever.

One night, when I got off the stage, the doorman was waiting for me. While I was putting back on my clothes, he told me about a man at the door who was desperate to talk to me. It wasn't abnormal for men to hang around outside for the dancers. “Does he have any money?” I asked. “Nope I don’t think so,” he replied. With a quick “Oh well,” I blew the whole thing off and went to go collect my tips.

After a few hours of not making much money, I headed to the dressing room to hang out. It wasn't long before the doorman was in there telling me how he thought I should go out and at least say hello to the for man waiting me. I was shocked that the mystery man was still lurking around. My first reaction was to blow him off. Then after thinking about it for a few minutes, I decided to get dressed in my street clothes and peek outside.

At the time, I had no idea that this was going to be a pivotal moment in my life. There was no way that could I have known what a profound impact this would have on my thinking. I had no idea what was about to happen.

When I walked out the front door, I was immediately confronted by a short man in glasses. “Do you remember me?” he asked. “Umm no,” I replied, “Am I suppose to?” Then he reached into a pocket and pulled out a photo of me, one of the other dancers and him leaning against the bar with five magnums of champagne. As I stared at the photo, the night began to come back to me. “I remember that night,” I told him with a big smile. Immediately, I went into hustler mode and tried my best to lure him back in the club to talk to me. After a few sentences, it became clear that there was no way he was falling for it all again.

I am not sure why, but I found myself making small talk with the little man. He asked me to join him for coffee after work so he could show me something. My interest was perked and he seemed harmless enough, so I agreed. After thinking about what my man would say, I blew off the thought of actually meeting him later.

The street was dead and back in the club things were slow. The rest of the night didn't look promising. Since I had already made a bit of money, I tipped out and got off work early. Heading out the door, I was sort of surprised to see the man still hanging around. “Oh no,” I thought, “How can I get rid of him?” I tried to explain to this man my situation and how I would really get in trouble if I was caught out with him. He seemed sympathetic, but kept insisting that I take just a few minutes for him to show me something. Walking towards the corner to catch one of the waiting taxi's, he kept following me, insisting that I stop and look at a yellow envelope he was carrying. I paused to get a good look at what he was shoving at me.

Instinctively, I stepped into the doorway of a closed tee-shirt shop to figure out what exactly he was trying to show me. After I pulled out the contents, I was a bit puzzled by what I was looking at. There were photos, court documents, bills, and official looking letters. “What is all this?” I asked. As I looked up, I saw a tear drop running down his cheek. My heart sank. “What is going on?” I quietly wondered, “Is he ok?”

With his head hung low, he began to explain everything to me. He began by telling me how drunk he was that night, and how at home he didn't feel like his wife was attracted to him anymore. How me and my friend paid attention to him and made him feel desirable again. He kept repeating how drunk he was and that he didn't realize what was really going on. He explained how that night was not normal behavior for him. Also, he shared how he had no idea how much money he was spending and that he didn't even remember leaving the club that night, let alone signing a credit card slip.

Standing there looking defeated, he explained how the credit card we used had belonged to his company. He told me about his high profile job. How after Accounting saw the charges, they notified the Board of Directors and he lost his job.

He continued with the story, as he took the photo from my hand. The photo was him and his family; his wife and son. He began to get chocked up when he told me their names. “You have no idea what you did,” he said, “My wife divorced me because of everything.” Leaning back on the wall, it was obvious he was very upset. He cried as he told me how his wife found out everything, threw him out of the house and filed for divorce. All I could do was stand there with my jaw hanging open.

By this time I was tearing up also. I tried my best to console him. He wanted to know one thing, “Why did you do this to me? Why did you destroy my life?” Pulling my bag back up on my shoulder, I was horrified and had no idea what to say. I spewed out something about how it was just a party, how we were having fun. I had no idea what to say. The whole story was freaking me out so I held on tight to my bag and quickly headed back down the sidewalk for the taxi. I could hear him calling after me “Why? Why did you do this?”

Jumping into a taxi, I laid my head in my hands and began to cry. I couldn't believe what I had just heard. I tried as hard as I could to think back to that night. However, everything was shadows and I couldn't pick out any details. I couldn't even figure out how much money I made from him. What kind of person was I? How did I do this to someone? Why did I do this? I kept trying to find the right answers, but everything just sounded like lame excuses.

As the taxi approached my neighborhood, I pulled myself together. Rationalizing it all, I told myself “You are nuts. You have to make your money or he will hurt you. You do what you have to do to survive. Don’t be ashamed.”

Stepping out of the taxi, I determined to push it out of my mind forever; or so I thought. The next night at work, I found my mind drifting back to the night before and the little man. I tried to forget about it and mingle, maybe find a party table. The only thing on my mind was what I had done to the little man in glasses. I went to the dressing room and changed, trying to get my mind focused on making money. Nothing worked. All night I kept dwelling on what my actions caused. Needless to say, I didn't make enough money to go home when the club closed. Knowing what was to come later, I headed home.

That conversation, one night in a doorway, had changed my thinking forever. No longer could I hustle men the way I did, I just couldn't bring myself to push champagne parties anymore. No longer was it a harmless party. No longer was it fun. Now I had to face what it really was; stealing from drunken unsuspecting men. After having to face this reality, I decided I didn't like who I was or what I did for a living. I was forced to start evaluating my life.

It was less than a year after this night, when I left my life as a stripper. Many changes took place over the month’s leading up to when I got on a plane and left New Orleans forever. After leaving, I became a different person. I can’t right all of the wrongs I did back then. I can’t even begin to explain them. However, throughout life I have taken every opportunity to give back to help others. I have strived to become the opposite of everything I was back then. I am proud to say, that today as I write this story, the person that I once was is dead.
Tags:
Views: 4737
Related articles

Loriandhubby
Hanging out on my blog. stop by to see what's new with us.. www.kinketc.com