Fat Lips & Other Smack Talk: The Language of Fat 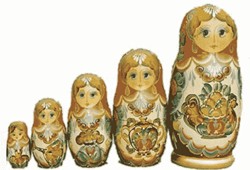 No matter how you say it, it seems everyone is talking about body size—either their own or someone else's. Fatspeak is a national obsession. So much talk is meant to belittle that it’s easy to give offense where none was intended. Here's a quick lexicon on Fat Language. Consider this a travel phrase book to the land of Fat where the roads are often dangerous, unmapped and slippery when wet.

The Language of Fat

"When I use a word," Humpty Dumpty said in rather a scornful tone, "it means just what I choose it to mean --neither more nor less."
"The question is," said Alice, "whether you can make words mean so many different things."
"The question is," said Humpty Dumpty, "which is to be master --that's all."
—from Through the Looking Glass by Lewis Carroll

No matter how you say it, it seems everyone is talking about body size—either their own or someone else's. Fatspeak is a national obsession. So much talk is meant to belittle (pun intended) the body in question, it’s easy to give offense where none was intended. Here's a quick lexicon on Fat Language. Consider this a travel phrase book to the land of Fat where the roads are often dangerous, unmapped and slippery when wet.

The simple answer is always "No." But circumstances may dictate one or more of the following:

What you should say: "Don't be silly." (Then change the subject to something other than his/her body hatred.)

Fat-phobia is considered by many to be one of the last socially acceptable forms of discrimination. Body positive groups like NAAFA (National Association to Advance Fat Acceptance), Fat Underground, Fat!So?, NO-LOSE, SeaFattle, Fat Girl Speaks and hundreds of regional organizations, clubs and meetups have worked big and hard for years to reduce the insult in those three letters: F-A-T. Fat is phat. Baby got back and can be upfront wit it.

But should you say the F word?

Try it in different inflections.

Try it in mantras: "Aum Fat. Fat in ginko. Aum."
Try it in marches: "We're here! We're Fat! Get used to that!"
Try it in marriage vows: "I take you in Fatness and Health, for Richer for Fatter."

Try singing it to any tune that gets stuck in your head.

Try learning some fat-positive songs to get stuck in your head, instead.

Big-Boned Gal - k.d. lang: "With a bounce in her step and a wiggle in her walk... the big-boned gal was proud."
Baby Got Back - Sir-Mix-A-Lot: "My anaconda don't want none unless you've got buns hon'."
Big Bottom - Spinal Tap: "I love her each weekday, each velvety cheekday."
Baby Phat - De La Soul: "Every woman ain't a video chick or runway model anorexic."
You're The One For Me, Fatty – Morrissey
Fat Bottomed Girls – Queen: “Fat bottomed girls you make the rockin' world go round.”
Fat Mama - Tito Puente and His Orchestra: "Fat Mama, c'mon and dance with me. Boogaloo."
I Like 'Em Fat Like That - Louis Jordan: "When she bounces down the street, she's a whole heap o' honey, and ain't she sweet? Feels so fine to know she's mine."
Big Girl (You Are Beautiful) – Mika
Spit – Kiss: "Thin is in, but it's plain to see, it don't mean spit to me. I need big hips, sweet lips... 'cause meatless girls don't satisfy me."
Big Fat Mamas Are Back In Style - Buster Poindexter: "You gotta keep that double chin… big fat mamas are back in style again."
Fatty Bum Bum - Carl Malcolm: "Hey Fatty Bum Bum, you sweet sugar dumpling."
I Need A Fat Girl - The Heptones
Big Girls Are Best - U2
300 pounds of Joy - Willie James Dixon: "Glad you understand, three hundred pounds of muscle and man. This is it. Look what you get."
Dare to be Fat - Root Boy Slim & The Sex Change Band: "She's got a shape that makes me drool. Lord, I'm just a fat girl's fool."

Now you're used to hearing it. You're used to saying it. "Fat" drips off your tongue like honey. Use your new word power wisely. Not everyone wants an earful of honey.

You know how to say "Fat" like you mean it and with a little effort you will figure out when and to whom to say it. It's time to learn the Fat Bombs. Fat Bombs are loaded words. These are the things said innocently or inadvertently that will be followed by an explosion. These are the things you say just before you find yourself at the side of the road picking through the debris while the car containing what is left of your relationship, friendship or job speeds away. Leaving you to shake your shell-shocked head and mutter "What did I say?"

Your next language lesson involves learning how to avoid throwing the F-bombs. Recognizing the booby-trapped words, phrases with hidden spring-loaded meanings, and things to never, never (I do mean NEVER) say.

Overweight: Over what weight? This implies a magic number s/he is either over or under. This word, used in any context, will be followed by a litany of numbers (calories, sit-ups, minutes since last bite of chocolate) that would make an OCD accountant swoon. This is a favored euphemism for fat because it sounds so... medicinal. So do the words suppository, regurgitate and vivisection but you wouldn't toss them into the conversation needlessly. Trust me on this: no conversation needs the word "overweight" either.

"Are you really going to eat that?" Oh no, you didn't.
"Pregnant much?": Never start a conversation with a stranger based on your assumptions (correct or not) about the contents of her swollen belly. "How are you?" is safer and less intrusive than "When are you due?"

"Do you want to share a dessert?": This is a subtler version of "Are you really going to eat that?" since it implies s/he shouldn't have a WHOLE dessert to his/herself. Instead the more polite option is to say "I might have the (most decadent and expensive dessert on the menu). It looks great. What are you having?"

Qualifiers: Qualifiers are to compliments what vinegar is to milk. Instant curdle. Qualifiers are tacked on bits like "anyway", "to me" or "for your __." As in: "You look good for someone your age/size. You've always been pretty to me. Anyway."

"You look great. Have you lost weight?" : The irony of this statement is not lost on people who find themselves being complimented (or envied!) for weight loss due to serious illness or chemotherapy. Implied here is that s/he looked bad before. Limit yourself to the single sentence "You look great." Don't speculate why.

Now that you've learned the lingo, you should be able to mingle with the natives without sounding like a clueless tourist or a jerk.
Tags:
Views: 1539
Related articles