Money Talks: Should he pay? 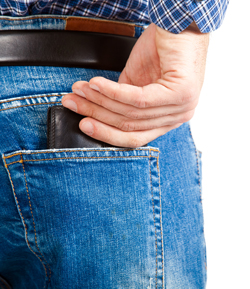 I count myself as someone who has been greatly influenced by the media. When I was young, I had expected that a prince would suddenly appear before me and whisk me away to a great happily ever after. I realized soon enough that this was not the case. Finding the right person can be a daunting task and so much of it is based on luck. But for me, there is still a princely quality that I need to find in my opposite. It’s very important for him to have some sort of good disposable income, and to me that is represented in him being able to pay for my meals at the beginning at the very least.

Paying for my meal shows me a few things about a guy. First, for those who are not that well off, it shows me that he is willing to invest in me monetarily, even if it’s small. After all, it weeds out all the guys who just want to play around but do not have the means to do so. Additionally, if it turns out the guy is a douchebag, he had paid some dues as well. Although this may not seem like a great reason, I still find it important. Paying for me is like investing in me, so it shows that the guy has some level of interest.

Second, paying for me tells me that he is not overly stingy with his money. As a woman, I would like to be surprised with gifts every once in a while. I know that I would buy items for a guy I like when I see something, so it would not fare well with me if I am stuck with a guy who is so stingy that he would not pay for my meal.

Another similar point is that it will also help show how generous the guy is, especially when it’s time to decide the tip. Some guys calculate out a very clear mathematically sound tip, whereas others just give generous ones. To me, such signs will show how tight the guy is with his money in the future and how ready he is to spend on random activities or items.

Third, it gives me a sense that the guy can be a provider. In this day and age, I am not expecting to live off the guy for the rest of my life. In reality, I have considered that I may earn more than my future husband, simply because I see the career path that I will go down. Regardless, I still appreciate the notion that a guy will make a good amount of money. I usually over-think things and go into the far, far future, but in this case, it’s important to me that a guy will be able to make good money in case anything happens in the future.

I expect a guy to be able to be the sole provider for periods of time, especially since the woman will be busy having kids and taking care of them to a certain extent. While this is perhaps too much analysis for the first date, the feeling of security is important to me, and maybe to other woman out there as well.

Some men fear that paying for the first date basically places them in a state where they are always expected to pay in the future. I do not believe that this is the case. Paying for the first date, or the first few dates, is very different from paying for the rest of all the dates. I do not expect a guy that I am in a meaningful relationship with to pay for everything, especially if I am also making money. I think guys will only have to start worrying if it seems that for an extended period of the time, the woman just expects everything to be paid for her. But, if this is the case, they can either have a talk to get things in the clear or end the relationship. I believe that at this point in time in our society, women who have done well for themselves do not expect to rely solely on their partner. They are pretty independent for themselves and will display that down the road.

Hence, I believe that men should definitely pay for the first dates. This is a part of chivalry that is still prized. If anything, it also forces men to actually choose women they really like, which is a good message for the ladies out there.

Yes, that’s right. We want YOU to write something for SexIs! See this post for details!
Tags:
Views: 1682
Related articles

nanamondoute
Just graduated from college and am ready for more of the clubbing scene (rather than just college dorm parties). So, I love reviewing dresses that I can wear outside. :)

What I am currently/will be reviewing soon: