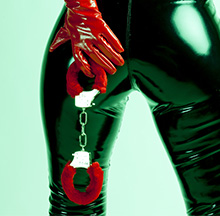 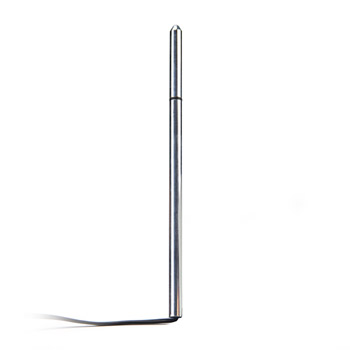 scarlettbear
Here is the short version, for those of you who do not like to read long paragraphs:


Long version, with many more useful details:
Greetings, my fellows.

My husband and I have been experimenting with a variety of ways for me to dominate him, and we are both having a lot of fun. However, we are at a difficult point because there is a narrow gap between not stimulating enough to wildly excite him and too risque to implement. So, I was hoping to get ideas from an experienced BDSM community as to how we can introduce some new and surprising elements into our sessions. To give you an idea about what kinds of suggestions I am looking for, here are the things that are out-of-bounds for him:

Assured Exhibitionism: Being out in public with anything visibly kinky about him is no good. However, being in public wearing something kinky but hidden is an interesting possibility and it also might work to put him in a situation where he isn't sure if people can see him or not.
Partners: No other people can be directly involved.
Shaving: The way he puts it is that he is okay with having any hair shaved that is normally hidden while he is wearing a T-shirt and shorts.
Waste: Definitely nothing involving poop, but I think he is fine with pee as long as he isn't made to drink it.

Here are some of the things we have done to give you an idea of what is in-bounds:

Loriandhubby
I have a book called the mistress manual.. it's great! Also short stories give me great ideas. Celis press has some great books..
Reply
06/06/2013

Fluke
Wow you are hardcore, that's so awesome! I'm nowhere near that, phew.

Here's some ideas from my sick mind (I never tried any of this!):

-Spitting in his face
-Slapping his face
-Spanking/whipping/bea ting
-Candlewax burning
-Knife play (be careful! you can buy a rubber knife like for halloween)
-Have him worship your feet/boots/hair/butt/I dunno
-Face sitting, smothering (again, be careful!)
-Lock him in a cage
-Use a collar, make him act like a dog/cat/horse/I dunno lol
-Yummy food for rewards and ice cubes for punishment
-Kick him in the nuts (not full power!)
-Bite him
-Get one of those dog shock collar things

Curious Dominant
My boyfriend has a fantasy of me being dominant with him, taking him by surprise and using and abusing him in any way I desire. Im looking for great tips on where to start to bring this fantasy to life in the most wild of ways.
Reply
10/03/2018

Lovemybutt74
Quote:
Originally posted by Curious Dominant
My boyfriend has a fantasy of me being dominant with him, taking him by surprise and using and abusing him in any way I desire. Im looking for great tips on where to start to bring this fantasy to life in the most wild of ways.
I am looking for the same information.
Reply
10/03/2018
Total posts: 7
Unique posters: 7
Make a post
Top