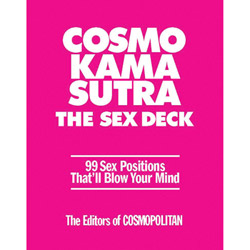 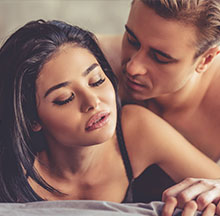 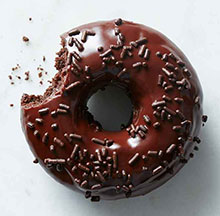 Have you ever had such a perfect , romantic past lover that it made you want subsequent lovers to act like that?

symbiasin
I have had THE perfect lover in the romantic sense and looks dept. but did not carry over to the character part. He was the kind of lover you would find in a Harlequin Romance and is getting in the way of me finding or wanting a man of character.

Bug out kit. Do you have one?
With all the TV shows and articles on preppers...getting ready for some big Armageddon event, they forget that some people, like me, also do prepping,

What romantic thing are you doing for your anniversary this year???
I finally booked us a CRUISE. Been meaning to for years. Finally have the time to do a short one....five days, but should still be nice. How about...

Kittykat522 Graduated!!
She ran through the mentor program with me and was just a fantastic person to work with. Very willing to learn and ask questions. She did a total of

Do you let your kitties sleep with you?
Not that there is a way to refuse them sweetcheex... ^^

Bignuf
I was lucky to have multiple boyfriends who all brought some very great aspects to our relationship, but I must say the man I married topped them all in the areas were they were "strong", and went above and beyond in all those other areas, including being a real "old school" romantic at heart. Love notes hidden for me to find, flowers for no reason, gifts that say "I love you", at unexpected times, and his overall attitude of love and respect for me. It is why I am still madly in love with this man...and in real lust too....after over 30 years of honeymooning with him. If there were any small aspects of prior relationships I enjoyed (going to a nice restaurant on special days in life), he was happy to copy these, as soon as I mentioned them. I found that if you want any good aspect of a prior relationship, if the person you are with now is any good, they will be happy to take a suggestion, and run with it!
Reply
03/03/2015

Vnessa
I need a sort of button lol. The one and only that I couldn't get out of my mind, I married . He would drive 30 minutes in the middle of the night just to leave a flower on my doorstep for me to find in the morning, he would leave traces of cologne on my pillow before leaving my place for the night, always opens doors for me (even after 18 yrs), holds my hand whenever we are out and about and always says I love you before hanging up the phone or leaving my presence.

Now, is he overly mushy, no. He's definitely not over the top with the romance even though he does do surprises here and there.
Reply
03/04/2015

symbiasin
Quote:
Originally posted by Inquisitor
Dont mind me, just taking notes...
add this Inq......this guy didn't DO romantic things, he just oozed romance. He knew that how he acted just had a very positive effect on females. Like a six hour session that we had...he kept trying to leave, but we would look at each other and fall in a way that made me know that we were in sync and have yet another go around. He was straight out of a Romance novel....he knew exactly what I wanted as soon as he walked in the door.... a nice long romantic kiss with plenty of groping around. I have not seen him in over a year, but if he walked in here now, the first thing we would do would be a nice long kiss, pressed against the wall.
*sigh*
Reply
03/04/2015

Now, is he overly mushy, no. He's definitely not over the top with the romance even though he does do surprises here and there.
I need to delete your reply so OW doesn't see it. No prob with the love u , open doors, but drive 30 mins in middle of night ? Cologne?

Vnessa
Quote:
Originally posted by OH&W, Lovebears
I need to delete your reply so OW doesn't see it. No prob with the love u , open doors, but drive 30 mins in middle of night ? Cologne?