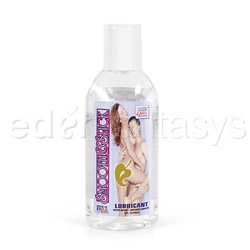 Other Smooth and slick lubricant reviews

This is a great, inexpensive lubricant that does its job quite well. It's a little on the runny side when you pour it from the bottle, but once it's on skin, it settles. It's not the best nor worst lubricant out there. It's great for those who want to get a lot of lubricant for little expense.
Pros:
Works very well, Don't really have to reapply unless switching between toys often
Cons:
Bottle tends to leak, Comes out of the bottle a little too fast, Too runny when it comes out
Rating by reviewer:
4
useful review

This water based lubricant has these ingredients in it. 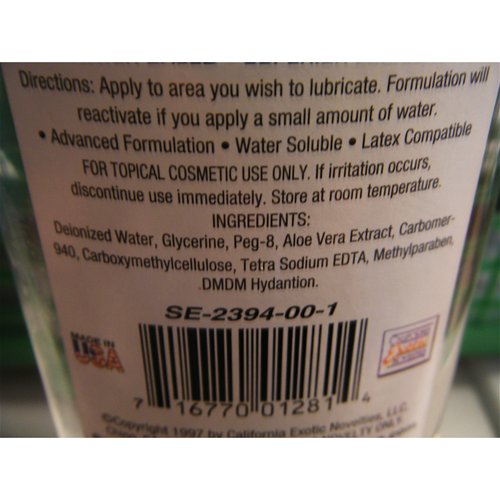 Glycerin can irritate some women and even people with sensitive skin, so please, use with caution.

This is a general water-based lubricant. It has a variety of uses. I've only used this in aid of toys, and it does its job well. It has very little taste, so you could use it orally. However, we don't bother with lubricants usually to aid with oral sex. It doesn't have oil in it, so it will not stain any fabric and makes it easy to clean if it does get on the fabric. Given that it is water based, you can use it with just about any toy material without damaging your toy. 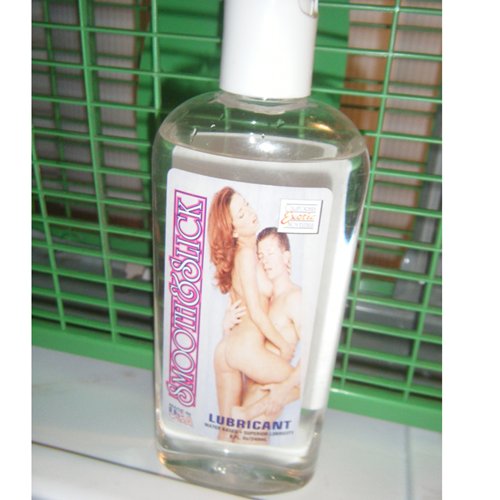 It's a large bottle, with 8 fl oz. It has plenty of lubricant for you to use, despite it being thinner and more runny than I would prefer. It doesn't run when on skin, just when you pour it from the bottle. The bottle isn't very discreet though. The image on the bottle is of a man and woman in the nude embracing.

It's a very smooth lubricant, but it isn't very thick. It has a tendency to run, but not so much so that it's unusable. It's just a very simple lubricant that works pretty okay. It's not the best nor the worst. It runs a bit on skin, but not to the point that it would cause a mess. In other reviews, it has been said to be sticky. Thinking back to the last time I used this lubricant, I cannot remember if it was sticky or not. It must not have been to me or I would have noticed.

I like that it's a little on the thin side. It makes it very easy to apply to the toys I want to lubricate up. It doesn't make it hard to clean off the toy after play either. A quick rinse or wipe is all that's needed with our arsenal of toys.

When we taste tested it had a slight taste, but nothing that I remember now. It doesn't really have an aroma either. It's just a basic lubricant that doesn't have a lot of added things to it.

My solo play never lasts ridiculously long, and it lasted quite a while when we played together. It came off with a wipe. It didn't leave us with the feeling that we had to go take a shower to clean up like previous lubricants we've used. I like that it is a little on the thinner side and that it lasts like it does with little need to reapply. I don't like the packaging, but that has nothing to do with the lubricant's performance.

The packaging, aka the bottle, was the thing I didn't like the most. The top has a tendency to leak, so we have to keep it in a baggie in case it does leak. The push cap isn't my favorite or preferred type of cap. I'd love it even more if this came in a pump bottle.

The bottle is not discreet, given the image on the bottle of a naked couple embracing. Nothing is exposed, but they are naked, so it makes it quite obvious what this clear liquid is. It doesn't bother us, but it could be a concern for others to keep in mind. Someone else just ripped off the front label to make it more discreet.
Follow-up commentary   I still like it 11 months after original review
This is still one of our go to lubes that we use. We have yet to have any issues with it and would buy this product again when our bottle runs out.
This content is the opinion of the submitting contributor and is not endorsed by EdenFantasys.com