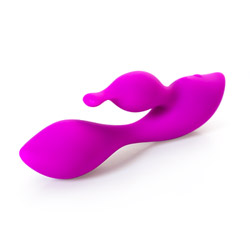 Toe curling orgasms await! Over the years I have owned several Jopen Vanity non-rotating rabbits and this one is by far my favorite. The flexibility should fit most users without question. The powerful vibrations should satisfy even the most picky user. It is high quality and worth every penny.
Pros:
Rumbly vibrations
Cons:
Price
Rating by reviewer:
5
useful review

It is completely waterproof so you can take it with you for some extracurricular time in the bath, shower, hot tub, or pool.

You can use this solo or with a partner. I use the majority of my toys solo, but if you choose to use the Vr4.5 with a partner it is small and very easy to use.

I find the Vr4.5 best suited for those who prefer deep rumbly toys over buzzy toys.

The Vr4.5 is made out of luxurious silicone which is a 10 on the safety scale. Silicone is rated a ten because it is a food grade material that is durable, non-porous, hypoallergenic, latex free, and phthalates free. Silicone also maintains and retains body heat well and can be easily sanitized. The silicone does not have any smell to it at all even directly out of the package. The Vr4.5 has a lot of drag to it so water-based lubricant is recommended while using this. 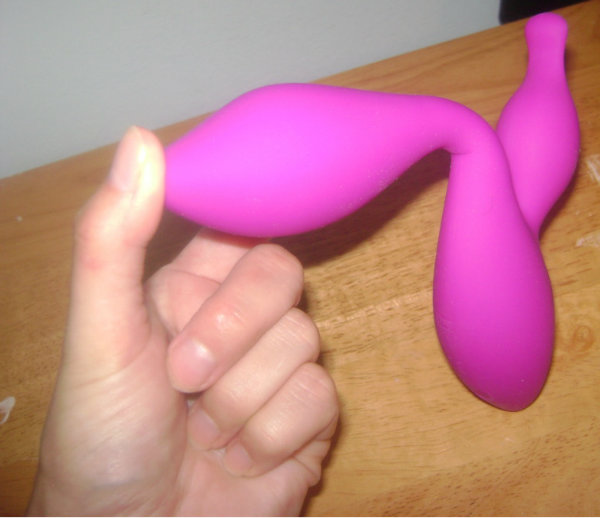 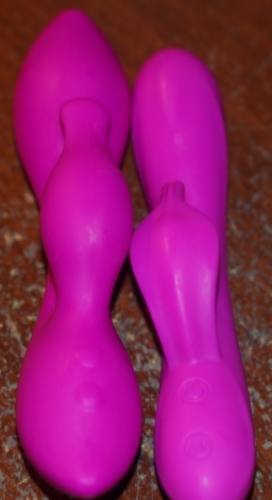 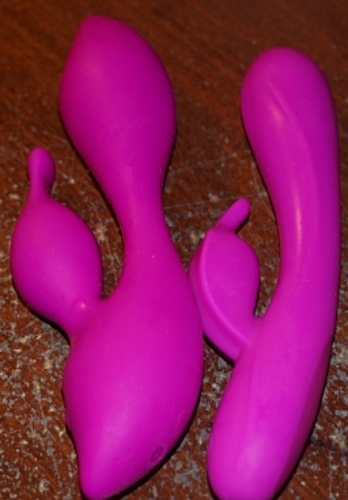 As with any rabbit, the clitoral arm and shaft fitting perfectly will depend on ones anatomy. However, it is very flexible so you should be able to maneuver into position without much effort.

This is far from discreet, and can't be passed off as anything other than a sex toy. However, due to its small size one should be able to take this in a purse or suitcase if traveling. It does not have a travel lock so I'd make sure it was out of charge before traveling with it.

The Vr4.5 has 2 independent push button controls: one for the shaft and one for the clitoral attachment. To use, just press the button and it will increase in speed. The shaft is the top button and the clitoral attachment is the bottom button. You do not have to have them both on at the same time if you do not wish. I prefer dual stimulation, so they are always on together.

My experience with the Vanity line is that their toys are very quite and cannot be heard through a closed door or through thin walls.

The Vr4.5 has a Lithium Ion rechargeable battery that has a complete charge in four hours, but the first initial charge only takes three and a half hours. Fully charged, it can give you up to three hours of play, but that depends on what setting you are on and if you are using both motors simultaneously so results will vary. I'm very in tune with the sound and power of it so I can tell when the battery is running low, but otherwise it just shuts off with no warning.

As with any silicone toy, it is best to use water-based lubricants only with this. If you must use silicone based lubricant, please test a spot first and make sure there isn't any material breakdown.

I love Jopens waterproof capabilities when it comes to cleaning this. I can submerge it in the sink and don't have to worry about ruining the motor. You can also use your favorite toy wipes or toy cleaner to clean this.

The Vr4.5 is very easy to store, it comes with its own large draw-string bag that can easily fit the toy, charger, lubricant, and toy wipes. You could store it in your lingerie drawer, toybox, bedside table, etc.

The Vr4.5 came in a plain white cardboard box wrapped in plastic. The front has a V in purple as well as the product name in smaller letters above and below the V. The back features a picture of the 4.5, company website, copyright information, and some selling points regarding the toy.

Included inside the box was the charger, toy, storage bag, Vanity product catalog, and bullet sheet. The toy sits in a raised cardboard cutout specifically designed for its design. You could potentially keep the box for storage, but I've recycled mine because I don't have room to store all of my Jopen boxes.

The black drawstring storage bag has Jopen written on it and is wonderful for storing the toy. It is quite large and can easily hold the toy and charger with extra room for wipes and lubricant if you wish. You could also choose to store other toys in the bag if you wish. The bag is very large and the choices are endless.

Several years ago, I was asked by a fellow contributor to compare the differences in the Jopen's I had tried. I will share my findings here.

The small end of 2 is whiny at the highest setting, and the larger end is still whiny but is considered to be deeper. I would consider the smaller end a buzzy 3 vroom and the larger end a mix breed between buzzy and rumbly at a 4 vroom.

The 4.5 that I'm reviewing today is a solid 4 low 5 Vroom toy with amazing deep and rumbly vibrations. The shaft and clitoral arm are very flexible and should fit most users comfortably.

Here's what it looks like compared to the others. 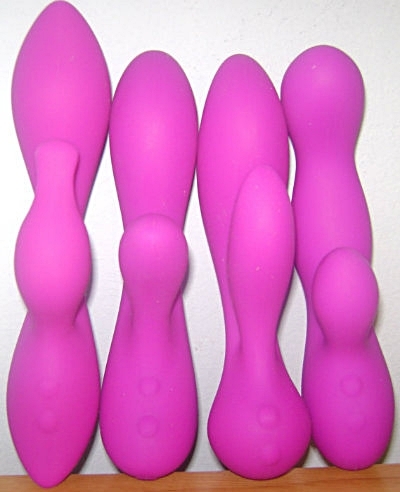 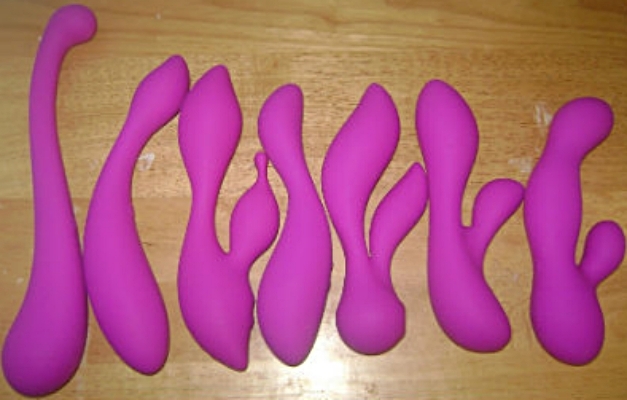 4.5 is my number 2 go-to toy with number 1 being the Eroscillator Plus. Sometimes I combine the two, and have mind blowing, toe curling orgasms. Those two toys are what I compare all of my toys to. 4.5 is so deep and rumbly with their vibrations that they deliver orgasms every single time I use it.

Earlier I showed a comparison photo to the Petite Treats Luxury Silicone Rabbit Vibe. If you like buzzier vibrations over deep and rumbly, then I would recommend it, because they are very similar in design and shape, but it offers buzzy vibrations and patterns.
This content is the opinion of the submitting contributor and is not endorsed by EdenFantasys.com