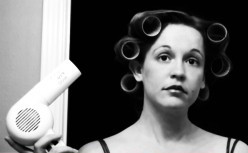 I wanted to do the subject justice so I bought several clown costumes, got dressed and walked into Victor’s office. I should mention that Victor has a severe phobia of clowns and was not expecting this. This is when I learned that the element of surprise is not sexy at all when you’re dressed as a clown, and also that Victor has very poor aim when he’s crouched under his desk in terror, which was fortunate because the stapler he threw at me just bounced off the door. So first lesson? Warn people before you show up in their offices dressed like this: 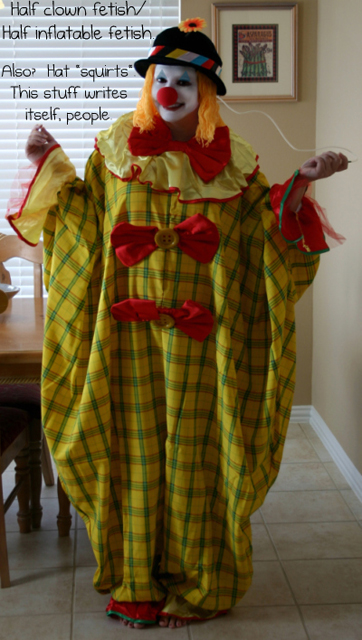 Also, be prepared to duck if someone throws a stapler at you.

This is when I asked Victor to “grade my level of sexiness” and he just glared at me. Then I explained that this was for work and he pushed me out of his office and shut the door. Then I growled rather provocatively “There’s room in here for two, you know” and I could hear him drag something heavy in front of the door. So on a scale of 0 to 10 I’d say it was a negative 8.

Then I got into my next outfit… 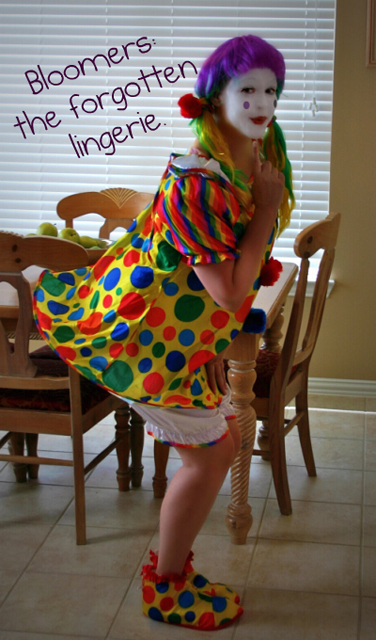 …and waited until Victor came out to go to the bathroom and then I sprang at him but I yelled “DO NOT HIT ME” when I did it just to be safe. I wasn’t too worried though because the stapler was still laying out in the hall. Then Victor looked kind of wild-eyed and appalled and he was all “What happened to the girl I married?” and I was like “You knew what you were getting into” and he said “NO ONE COULD HAVE PREDICTED THIS” and I explained that “ALL I WANT IS FOR YOU TO GIVE ME PROPER FEEDBACK ON HOW SEXY THESE CLOWN COSTUMES ARE”. Then he just put his head in his hands and I reminded him that the faster he could tell me what he thought, the faster I could get back into normal clothes and so he took a deep breath and said “Fine. There is not enough Viagra in the world to make a clown sexy. There’s your verdict. Not sexy. Now please change”.

And I totally did. I changed into another clown outfit.

This time he just looked at me warily when I walked into the room and I was all “See. Goth clown. Totally sexy, right?” and Victor said “No” and I was all “Are you kidding me? I’m like the hottest clown ever” and he said “You look like if Peter Criss from KISS and Bozo the Clown had a baby” and I was all “But in a totally sexy way, right?” and Victor just turned around and tried to ignore me. Then I yelled “YOU HAVE TO GIVE ME SOMETHING HERE” and so he sighed deeply and said "Fine. I want to stab you slightly less in that outfit than in the others”.

So I guess we’ve both grown.

PS. In honor of my 52nd post I’m giving away a clown outfit to a random person who tweets in the Bloggess is... contest this week. And if you don’t like clown dress-up it doubles as a burberry-ish tablecloth that you can give to your mother-in-law for Christmas. Because nothing says “Christmas” like an oversized table-cloth/clown costume that no one ever had sex in. 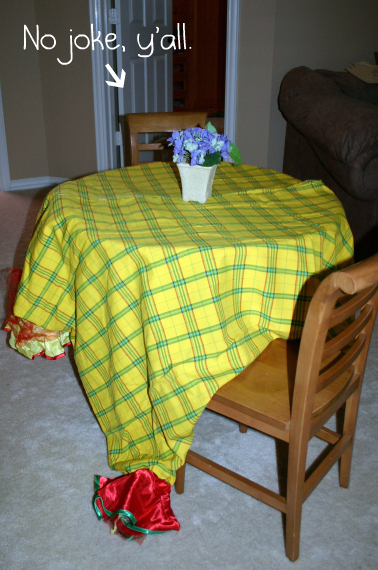