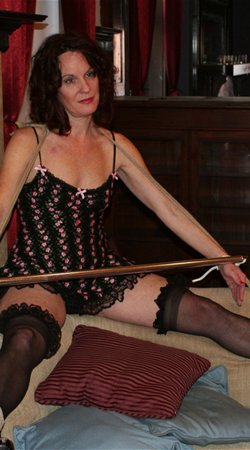 "Will you let me dress you up and play with you?" she asked. It was a question that no one had ever asked me before, but which started my exploration into the world of human dolls, a fetish known as "dollification." Playing with dolls isn't just Ken and Barbie anymore.

It seemed an odd question, both in the way that she asked it, and in the fact that she was an adult woman, asking me, another adult woman, the question. But hey, I'm a kinky girl. I get asked a lot of odd questions. And the truth is, sure, I love to dress up.

I know, I know, I'm going to get frowned at by the "true" BDSMers, the ones for who this isn't a game.

And I can respect that.

So um, yeah. I like to get dressed up.

She shook her head at me. "I know that," she said. "But what I asked was if you like to be dressed up. Do you like to have someone dress you up?"

A different question altogether. "Like, pick my clothes out for me?"

She nodded. "And more...Have you ever had someone actually dress you, put your clothes on you, do your hair and make-up, while you weren't allowed to move or speak, except when he or she made you? You know, like with a real doll they are playing with?"

I could feel a grin spreading across my face. The ultimate in objectification and control, I thought. This could be fun. "Where do I sign up?" I asked.

And that was my introduction to the kink of dollification.

Dollification is the act of, or fantasy of, turning oneself or someone else, physically and/or mentally, into a "living doll." That would be a strict definition of the term (which Dictionary.com doesn't recognize, by the way). But the reality of what that looks like is as different as the "dollers" and "dollies" themselves.

The doller is the person "creating" the doll, or dollie. The dollie is the person being turned into a living doll. Methods can include everything from dressing the human doll a certain way, requiring certain types of behavior, such as not speaking, maintaining a doll-like pose or learning to have as blank and empty an expression as possible, to more extreme methods such as hypnosis techniques to convince the person that he or she actually is a living doll (for the time that they are hypnotized), and even to permanent methods, such as body modifications.

Clothing and costuming is an important aspect of dollification, since so much of the fetish involves the visual image of the doll. The types of clothing and dolls fall into broad categories: frilly, Alice in Wonderland types, rag-dolls, rubber dolls, Barbie dolls, Lolita-style dolls and bondage dolls, as well as robot dolls and wind-ups, to name a few. Some like a more life-like look, while others prefer a plasticized, porcelain or rubberized look. Hair and make-up are also key to achieving the desired doll-like appearance. 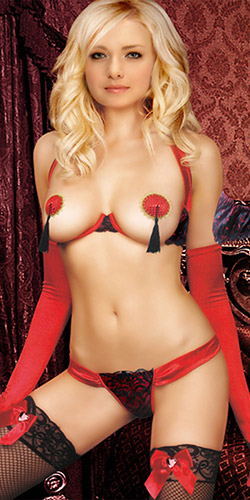 I would recommend this outfit for anyone. It can be for beginners who want to try something easy or for more experienced for a different change of pace. – a78teddybear

Many people get into it because of their interest in BDSM, specifically the aspects of control: controlling and shaping another to their own specifications, or being controlled, modified and shaped by someone else. For me, the ideas of dollification, mind-control and hypnosis are all closely linked. I love the idea of being present in body but having no control over what happens to that body. I like the idea of being made into someone else's ideal, the living personification of their fantasies and desires. My interest is definitely sexual and objectifying. (I like to think of my version of a dollie as a sex doll. Think a less-human version of the character Pris from Blade Runner.)

Others do not have a BDSM or sexual component at all, however, and in fact being a dollie is the opposite of being a sexual being. You're a doll, a toy, and while toys get played with, you don't have sex with them. For them it may be about being an object and controlled, but almost in a sterile way. For still others it is about being able to let the world fall away and not have to be present mentally. And for others it is a way to indulge their fetish for wearing certain types of clothing or materials.

For most of us, though, the underlying theme in dollification seems to be "transformation." Transforming oneself or someone else into something else.

I haven't yet gotten to indulge in my curiosity about becoming a human doll, so I don't know how far I will go with it. But I am looking forward to the exploration.
Tags:
Views: 8771
Related articles

Jade Melisande
I'm a kink, sex and relationship blogger that writes extensively about my life with my two kinky partners at http://piecesofjade.wordpress.com.

I'm also a published erotica author. You can find links on my blog to anthologies of short stories in which I have been published as well as learn much more about my life.

Other articles by Jade Melisande