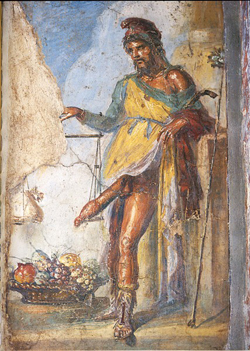 An erection that lasts for hours might sound like a dream come true, but in reality priapism — a condition where your erection lasts for more than 4 hours — can be a nightmare.
It’s confession time, but before I get to that, let me tell a true tale about penises and pills. Years ago, before yours truly decided to write about love and its usual sidekicks, sex and relationships, I sold drugs for a living, as in the legal pharmaceutical kinds. I remember the frenzy in the field when another company launched Viagra. As soon as the world’s most famous bone builder popped, every other rep was hard pressed to get doctors to pay attention to what they were marketing.

There I was with my ‘mature’ product — around for years, physicians knew all about it — whose name also started with the letter ‘V.’ All I had was a one page sales aid that showed how tiny our pill was compared to the others in it’s anti-inflammatory drug class. This was valuable if you were a patient — swallowing a bitter pill the size of a suppository isn’t nearly as fun as swallowing other things (I’m partial to dark chocolate).

Still, if you were a doctor whose clientele was clamoring for the hard goods, what would you have preferred to chat about — a drug that gave men a biggie, or a pill that was itsy bitsy small?

A Matter of Size

Now for the confession: I have inner adolescent-boy humor, and damned if I wasn’t going to use it to my advantage. I asked doctors what my drug, whose name started with ‘V’, and Viagra had in common. They’d look at the size chart comparison and ponder; most pointed to the names, but that was not the answer. You see – Sometimes Size Really Matters.

Except when it lingers to the point of discomfort or damage. Priapism is a condition in which the penis (newsflash: it can happen to the clitoris too) is continually erect for at least 4 hours, not returning to a flaccid state despite the absence of physical or psychological arousal and stimulation. The name comes from the Greek fertility god Priapus, who is often depicted with a disproportionally large and permanently erect member.

Bravado aside, because lets be honest and admit that most of us have giggled about this at least once in our lives (remember that inner adolescent-boy humor), priapism is a medical emergency with long-term consequences including tissue damage (and potentially permanent erectile dysfunction) and dismemberment. In rare cases, gangrene has been known to occur, and the only cure for that is to remove the offending tissue.

This often-painful condition is classified as either low flow or high flow priapism. Low flow problems, a fancy way of say that the blood isn’t adequately returning from the organ back to the body, so it’s trapped inside the chambers of the spongy tissue. High flow priapism refers to a short-circuiting of the blood vessels along the organ, so the blood can’t circulate properly. A lack of blood flow, called ischemia, to any part of the penis can lead to tissue death (hence the gangrene mentioned above).

Priapism and it is potential side effect of the erectile dysfunction drugs, certain medical conditions such as sickle cell anemia, trauma to the spine or genital area, carbon monoxide poisoning, cocaine use, cancer or tumors as well as a few other odd things.

One of those is a super-sized arachnid called the Brazilian Wandering Spider, or the Banana Spider, a daunting creature whose leg span of four to five inches and venomous bite are a potent combination. Listed by Guinness World Records 2012 as the most venomous spider in the world, among the nasty side effects are loss of muscle control, difficulty breathing and severe pain. In Brazil, emergency room workers look for the tell tale sign — priapism. Left untreated, a perpetual boner isn’t all you must worry about — this spider bite has been known to kill.

It’s not all scary news. Scientists are looking at the complex makeup of the spider’s venom to see if they can isolate any magic compounds that would improve upon the current cadre of erectile enhancers.

A recently published a study on the potential use of spider venom to treat erectile dysfunction suggest that one isolated toxin, PnTX2-6, normalized function in male rats who had erective issues (yes, people measure rodent boners). The authors examined the mechanism of action and found that the toxin acted in a different pathway compared to other ED drugs. Good news for those patients who don’t respond to conventional therapy.

Not What Rumi had in Mind

The latest news on perpetual erection comes from a region one doesn’t usually associate with sex-positivity, at least not in our modern era. In the land that produced the venerated poet and sage, Rumi (that’s Iran for those who are wondering), a young man reportedly had his girlfriend’s first initial tattooed onto his regal staff with some unceremonious consequences. Getting his penis inked must have been painful enough, but not as damaging as the 24-hour erection he sported a few weeks later. According to reports, blood vessels in his organ were punctured leaving him with a perpetual case of a priapism.

I couldn’t sum it up better than to quote the source:

“In one of those statements you’d think nobody would actually have to make, the Iranian doctors wrote ‘based on our unique case, we discourage penile tattooing.’” Indeed.

What should a fella do if he’s faced with a perpetual and painful hard-on? The goals of all treatment options are to preserve function while making the current erection subside. Ice backs, surgery, aspiration, surgical shunts (for low flow priapism) and drugs known as alpha-agonists can help. Priapism is not a DIY self-care scenario, and warrants an immediate trip to the ER.

Since we are on the topic, I feel inclined to mention this. Gentlemen, there is more to pleasure than being able to do the hokey pokey, back and forth, and in and out for a long, long time to enhance pleasure and performance. Please don’t be a bonehead and get your staff inked with your sweetie’s name. Besides the obvious potentially embarrassing pup tent you may sport for the rest of your public life, there’s no guarantee that the object of your love is going to stick around. You’ll only be left with priapism and a very awkward explanation.
Tags:
Views: 4284
Related articles