Coming in Colors: The Landscape of African-American Erotica, Part 2 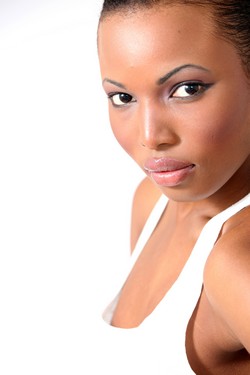 From launching the niche to going mainstream, black writers are finding their market—and it's not necessarily defined by color lines.
“I don’t think that erotica is different than any other media genre when it comes to the African-American audience,” says author/editor Lori Bryant-Woolridge, the editor responsible for Can’t Help the Way That I Feel: Sultry Stories of African-American Love, Lust and Fantasy. Bryant-Woolridge says these stories are unique in that they showcase, the sexual relevance of women of color who are hitting their prime—late thirties to mid-fifties, but also universal to the human condition. “The characters approach sex in ways that are experimental, spontaneous and empowering.”

The stories Cole Riley selected for Making the Hook-Up: Edgy Sex with Soul touch on an array of predilections—BDSM and polyamory are two examples—that exist among people of color as often as any other demographic. One of the reasons for Jim Crow, Riley explains, was the sexual barrier, “the dogma of keeping the races uncorrupted, the bloods pure,” he says.

“I wanted to show people of color with a sense of tolerance, acceptance and worth. I wanted people anyone could identify with, not beings of self-loathing, vulgarity or doubt. I wanted people who incorporated sex and sensuality into the daily business of living and loving,” explains Riley (whose nom de plume allows him to straddle the line between erotica and his award-winning gig in the world of mainstream journalism).

Cleis Press, which published both Making the Hook-Up and Can’t Help the Way That I Feel, entered the African-American erotica market years before Associate Publisher Brenda Knight came onboard. “But sometimes,” she says, “it’s almost like you’re too soon.” Upon arriving at Cleis, Knight pulled some old titles and pointed out the massive success authors like Zane had been having since. “So we re-entered the marketplace.”

In terms of marketing, Knight says they have something of a template—hitting up “usual suspects” such as Cosmo and Glamour, then moving down the line to more focused targets, in the case of this book, magazines such as More (which targets women over 40), “then moving toward regional newspapers with a largely African-American audience.” The job can be daunting. Knight points out that in the Bay Area alone there are five such papers.

While business is booming, Knight reports they did meet with some resistance from conservative religious quarters. The church is a powerful voice in the African-American community. “With guidance that came directly from [Bryant-Woolridge],” says Knight, “we changed our pitch, moving toward a message of empowering women by helping them to unleash their sensuality. It saved the day!”

Erotica can be a tough sell in the religious segment, the author admits. “On the surface, sex is a huge no-no, but we all know that after church, it’s a whole different story! The push into this community has to be quiet and dignified and largely word of mouth. It has to stand out as something that is not raunchy or vulgar.” In fact, one of her collection’s pieces, “Bubble Music,” was specifically chosen “to address the issues of the church sanctifying sex to the point of making it a sin instead of the joyous gift from God that it is.”

There’s a misguided notion, reports Cal State East Bay’s Associate Professor and Chair, Department of Ethnic Studies, Nicholas Baham, Ph.D., that the sex lives of African-Americans are conventional or conformist, when really they’re no different than anyone else’s. “There’s a sheen of social conservatism that’s put on you because of your history, a fear of how you’ll be perceived—and also because of the black church,” which, he points out, is rife with members from all manners of the alternative-lifestyle community.

Riley says that despite its oft-religious roots, his is an audience wanting change and progress as well. “The church has done some wonderful things for black people. Some of our greatest leaders have come from that institution, but much work has to be done to demolish barriers of intolerance that are destructive to the community.” Even the church itself has a place in the universe of spicy fiction, “an urban Christian genre where the stories are yarns of old-fashioned faith with dashes of hot erotica,” he says.

Meanwhile, fans of African-American erotica will have plenty to consume, says Knight. Cleis Press alone (which publishes genres as specific as military, biker and vampire/paranormal) will be serving up a minimum of six offerings annually. And readers of all colors are welcome.

“What’s necessary to engage the audience is good writing and relatable characters going through an interesting journey,” says Bryant-Woolridge. “Regardless of race, women are all dealing with the same basic issues,” she notes. “Publishers do readers—black and white—a huge injustice by dumping all African-American literature into the genre du jour and characterizing all black people as urban, hip hop, round-the-way folks.

Bryant-Woolridge’s tome is Cleis’s best-selling book on college campuses right now, and Baham says that he’d consider using either of the anthologies as texts. The bottom line turns out not be one of color, but one of a more universal appeal.

“Black readers cross the literary color line to pick up books written by white authors. You don’t believe they become bestsellers without us, do you? There are plenty of white readers who would cross that line as well if publishers didn’t insist, through cover design, marketing and store placement, on making it appear that there is nothing between the covers of our books of interest to them.”

Baham believes no topic should be taboo; that people regardless of race, possess the ability to evolve to a point where we appreciate one another’s differences. “I remember being young and negotiating these things,” he recalls. “You didn’t know if you were supposed to get offended if a European-American woman asked if she could touch your hair. Was she being racist? Or just appreciating the difference?”

“Appreciating the difference,” he says, “is always going to be a turn-on … One would hope we wouldn’t always have to be in a society where everyone has to fuck themselves.”