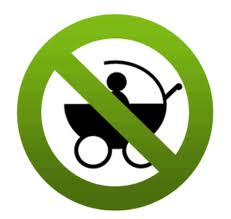 There’s a persistent conviction in our culture that if your biosuit includes a uterus, you should use it. Procreate or be somehow less womanly, less human, and more selfish, hedonistic or conflicted than your mothering counterparts. It’s a message that resonates pervasively, and sometimes pits parents against the childless.
Disclaimer: I am a mother of two kids, and have cared for at least eight fish and four cats the past few years. The animals have all since died of natural causes. At last check, my children were free-ranging in the backyard, twigs in their hair, smiles on their faces. Dirt non-optional.

I have two of my own and love them dearly, and have also struggled with the realities of parenting, understand at a gut level why some opt out. Raising children gives one’s life meaning and purpose. Kids are wonderful, messy and complicated treasures that contrary to illusion do not guarantee happiness (my husband thinks it’s funny to say I entrapped him by getting pregnant to which I reply, he hijacked my womb). The benefits of going childless beyond financial relief and personal freedom are well documented. Though this seems like a grumpy way to start, the intent is to stir the direction towards a positive outcome — fewer and better cared for kids.

A Womb of Her Own

On paper, the idea is sustainably sexy and smart. In lieu of the impact of unfettered population growth on our home, it’s a no-brainer that informed and committed planetary citizens who consciously opt to NOT have children would garner undisputed support from eco-sexuals, right?

This isn’t always the case. Those who choose to remain childless for planet’s sake face thorny prejudices. Lisa Hymas, senior editor at [www.Grist.org| Grist.org], is credited with coining the term GINK — Green Inclined, No Kids — and has documented her childless choices in wide-ranging essays on the topic. She sparked a fury with The GINK Manifesto: Say it Loud, I’m Childfree and Proud, even though she focused on the positive, eco-friendly benefits of being a GINK. Some of the criticism came from unlikely corners: environmental activists.

One of the most repeated arguments is that environmentalists should have babies because they will raise them to be conscious consumers and stewards of the planet; as if we can predict what our children will be like. Hymas easily debunks this myth.

“My mother and father, despite their best efforts and commendable parenting skills, completely failed in their endeavor to raise their four children into Christian conservatives,” she said. “Instead, they ended up with four apatheistic liberals.”

(I’m sure my conservative parents never expected their daughter to be a sex writer either. Just saying.)

This line of reasoning isn’t new: just because we reuse, recycle and reduce doesn’t guarantee that our offspring will follow in our carbon-free footprints. Forty years ago, Stephanie Mills, an early advocate for the childfree life responded to this well-intentioned argument by pointing out that there are, “already plenty of promising babies in the world, a multitude of who could be well served by some economic and racial justice.”

Hymas commends parents who are doing the hard work of raising the next generation of ecologically savvy kids, yet she rightly insists that there are numerous other ways to improve the world.

“Since I started writing about the childfree, I've heard from many of them who are teachers, or work with children in after-school programs or as mentors, and they feel they have more to give to those jobs or activities because they don't have kids of their own at home.”

“If environmentalists want to have kids, that's great — I respect that decision. But environmentalists shouldn't have kids just so they can spread their values. There are more than enough kids on the planet already; what we don't have enough of is good education and good opportunities for all of those kids.”

According to the female eco-experts I spoke with, the decisions to use their lady bits strictly for pleasure is often met with pity, outrage or social stigmatizing, even though those criticizing them agree that fewer children helps the overall survivability of our species on a crowded planet.

Population Matters, an international advocacy group for sustainable populations, estimates that there will be nine billion of us breathing, eating, pooping humans by 2050 — which means a lot more clean air, food and toilet facilities will be needed.

What’s more, “with so many of the world’s current population aged under 23 — a Youthquake — population growth has an inbuilt momentum which will be hard to stop.”

Many communities, agencies and governments assume that Earth can support another 2.4 billion people, whereas according to this agency, “the uncomfortable truth is that the impact on Earth’s biosphere of more than nine billion people could be fatal for the planet in terms of greenhouse gas emissions alone.”

Shiver me recycled timbers ‘cause those are big figures to wrap our eco-hands around. The more I think about it, being GINKy seems awfully magnanimous from the perspective of breeders and non-breeders alike.

Stefanie Iris Weiss, author of Eco-Sex: Go Green Between the Sheets and Make Your Love Life Sustainable (2010), is another self-declared GINK who makes a compelling case for adoption as an option. Like Hymas, she supports parents doing the hard work of child rearing, and takes it one step further. 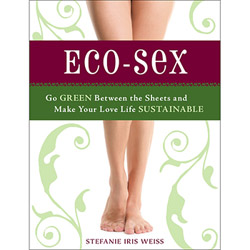 Eco-Sex: Go Green Between the Sheets and Make Your Love Life Sustainable (2010)

“Imagine, for a moment, if the option of not having kids were talked about in home economics or health classes in high school, just like everything else,” Weiss says.

“If all our children were truly conscious decisions, perhaps we’d have a much happier, psychologically healthier world. And that’s not even counting what reducing the population would do for Planet Earth — making all our lives, the ones we’re living right now, safer from the ravages of climate change.”

Why is this choice so audacious, even to some greenies? If someone isn’t inclined or prepared to be a parent, let’s support their choice. As Hymas has written, “parenthood is an enormous commitment and responsibility, best not undertaken lightly by people who aren’t wholly invested in being the best parents they can be. You don’t get a test drive or a trial run -- it’s all or nothing.”

Come to think of it, that reasoning applies to our planet, of which we have only one. Mother Earth doesn’t need us to survive, but we need her. If we somehow fail this trial run and make a mess of things, the planet will cough us all up, including the greenest among us. From this perspective, choosing to become a GINK is eco-savvy and self-less, and I for one am grateful that some are willing to forgo bringing more babies into this world so that my children’s generation and the ones not yet born can have a brighter, greener future.
Tags:
Views: 1720
Related articles