The Green Project: How Green is My Silicone? 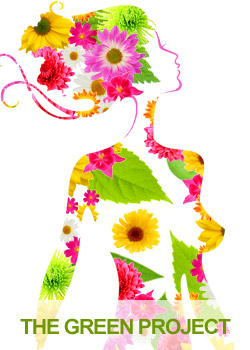 Yes, silicone may be great—but is it really green?

Green is the New Green

It can be hard to have sex responsibly. There’s so much to think about. You have to worry about treating your partners, and yourself, with kindness and respect. You have to practice safe sex and go for regular STD tests. You have to consider the environmental impacts of your sex toys, contraceptives, and lube…

Yes, it’s true. Green is the new buzzword in the sexuality community, and it’s affecting how the conscientious pick up artist goes about getting it on. From conversations about which contraceptive choices have the smallest carbon footprint to arguments about leather bondage gear alternatives for vegans, people these days are thinking more and more about the environmental friendliness of what they’re putting on, pulling off, and pushing in.

These days, when people are talking about advances in sexual technology, silicone is often the first material to come to mind. Silicone lube is a wonderful thing – it stays slick for ages and literally gives you great bang for your buck. Many people also swear by silicone sex toys. Not only do they come in a myriad of shapes, sizes, and colors, they’re easy to clean and share. “Honey, can you boil the cock?” may be the “Where’s the Beef?” of the new millennium.

Still, there is one important question that remains on the environmentally conscious sexual explorer’s mind. Silicone may be great, but is it green?

What do you do when your sex toys die? You don’t have to throw them away. These days, there are several companies that offer sex toy recycling services—and some of them even give you a coupon for new products in exchange for your environmentally responsible efforts. Unfortunately, you can’t yet just drop your dildos in the office recycling bin since silicone can not be recycled by most municipal programs. While it is certainly worth checking whether or not your local recycling center has a special day for rubber drop offs, it’s a pretty safe bet that doing the responsible thing is going to require a plain brown envelope and a lot of stamps.

On the other hand, if your town burns its garbage instead of piling up in a great big trash mountain, silicone may not be that big of a deal. When solid silicone products are incinerated, they are reduced to harmless byproducts, but only approximately 13 percent of municipal solid waste products are disposed of by combustion. Furthermore, even when waste is burned in the most environmentally friendly way—which includes recovery of the heat produced as an energy source—incineration is far from being a “green” option. It produces not only pollution but greenhouse gasses that can contribute to global warming.

Another common worry about silicone products has to do with the safety of washing lubricants and other silicone containing liquid products down the drain. Fortunately, a health environment and regulatory affairs report published by Dow Corning in 1998 suggests that doing so does not pose a significant environmental risk. According to the report, more than 95 percent of liquid silicone products separate out of the water treatment process as sludge, which is then either incinerated or used as a soil conditioner. Since silicone polymers are too large to pass through the membranes of most plants, evidence suggests that liquefied silicone products that come into contact with soil will eventually degrade into harmless components that are already found in the environment—including water, carbon dioxide, and inorganic silicates—rather than entering into the food chain. It is worth noting that this research is potentially biased by the company’s desire to present their product as environmentally friendly, but on the surface the science seems sound.

When looking at the environmental impact of products, it’s easy to focus on how recyclable the final item is and forget about the waste produced during the manufacturing process. While it’s important to know that it’s possible to responsibly dispose of silicone sex toys, even if doing so requires some effort, it’s also essential to pay attention to how wasteful the process of manufacturing them is.

When focusing on environmental impact of the early stages of silicone manufacturing, it’s important to know that “silicone” is not a single product. Instead, the term silicone refers to chains of silicon and oxygen atoms linked together into a polymer. Depending on the length of the chain created, and the other chemicals linked to it, manufactured silicones will have different physical properties and different potential uses. Other factors, such as the catalyst used to convince the silicon and oxygen atoms to bind together in their final form, also play a role in both the final form of the product and the relative environmental impact of its creation

Although the manufacture of end-user silicone products, such as sex toys, is relatively resource-light—and can be made more environmentally friendly by, for example, using recycled mineral spirits the way that Tantus does—the early stages of the manufacturing process are far more resource intensive. To make a ton of silicon, the central component of silicone, it takes approximately two tons of quartz, one ton of charcoal, and 13 megawatt hours of electricity. This is similar to the amount of energy it takes to make a ton of aluminum – which uses 14 megawatt hours of electricity—although the relative ratio of input to output is more favorable since that ton of aluminum requires up to eight tons of bauxite ore to be used up as raw materials.

Evaluating how green a substance is can bot be done by only looking at its impact on the environment, it’s also important to look at its effects on the human body. Silicone has been used as a component of medical devices and lubricants for years. The most well known use of silicone inside the body is a controversial one—breast implants—but silicone has also been used to construct everything from catheters and feeding tubes to contact lenses and replacement joints. Although, in general, silicone is considered to be inert inside the body, there have been some reports of immune reactions and inflammation related to its presence in implanted devices. For products such as sex toys, however, the potential for such a response should not be an issue. In fact, many scientists and doctors are divided on whether even implantable silicone devices should be a cause for concern, as studies on their health effects are inconsistent, and such devices are still used across a variety of medical fields.

All things considered, when compared to other types of rubber used for the manufacture of sex toys, silicone represents a distinct improvement. High quality silicone toys do not leach phthalates and other contaminants the way that many vinyl and latex toys do, which in and of itself should lower their health impact. The relative impermeability of high quality silicone toys is also a great improvement over many other “soft” sex toys. It not only makes the toys easier to clean, but less likely to harbor potentially infectious or irritating agents that could be acquired either during manufacture or shared use. Another benefit of silicone is that its heat resistance also makes it easy to sterilize—it can be boiled at high temperatures or even put through the dishwasher on a high heat cycle.

Silicone lubricants, in contrast to silicone rubber toys, actually raise several interesting questions about health. For example, many people wonder if silicone lubricants could cause health problems, since they are not water soluble and as such can not be washed from the skin. Unfortunately, there has been little to no research on how long silicone lubricants persist in the vagina or rectum after use. Still, it is reasonable to hypothesize that they would be removed, over time, due to the “self cleaning” action of both orifices. Constant production of vaginal mucus should, in theory, help to flush any remaining lubricant from the body, as should the normal action of the digestive system.

As for whether there could be other types of health consequences from using silicone sexual lubricants, it is difficult to say. It seems unlikely, since even internal use of silicone products is generally considered to be reasonably safe, but there is no published scientific research on the topic. Contrary to popular belief, it is at least theoretically possible for some of the silicone in a lubricating product to be absorbed into the skin. Depending on the type of silicone used in the lubricant, the likelihood ranges from extremely low to moderate. Silicones are, after all, a component of several moisturizers, and they are also used to create hair conditioners and similar products. It shouldn’t be too surprising that the same slickness that makes silicone lubricants wonderful during sex is also great for smoothing down flyaways and softening skin…both of which require the product to be absorbed into the body’s surfaces.

If you think about it, sex is the ultimate environmentally friendly leisure activity. It can be done without using up any non-renewable resources, and if you do it right it’s a whole heck of a lot of fun. Still, even the most environmentally conscious sexual explorers don’t always like to go it alone—forgoing all non-locally sourced organic or homemade toys, lube, and contraceptives can make sex impractical, dull, or even downright dangerous.

So are silicone toys the green choice? The answer is not a simple yes or no. Silicone is far from perfect, but that doesn’t mean it may not be better than some of your other options. When you consider the relative health and environmental risks and advantages of various different types of toys—other forms of rubber, glass, and metal included – silicone probably comes out solidly in the middle.

If you do choose to buy a silicone sex toy, there are some things you can do to make your silicone toy purchase as environmentally friendly as possible. First, do some research. Look for toy manufacturers who work with medical grade components and are committed to minimizing their environmental impact through sensible manufacturing and packaging design. Then, make the choice to only buy toys that you’re truly passionate about using for passion. After all, one of the biggest benefits of purchasing high quality silicone toys is how long they last. Because of their non-porosity, and easy to clean nature, silicone toys can remain functional for years, so buying one toy you really like can keep a whole pile of less well constructed toys out of the bin.

The truth is that the best way to be environmentally about your sex toy purchases is simply to always recycle your discards. Whenever you get rid of an old sex toy, whether because it’s no longer usable or simply because you no longer like it, commit to sending it to one of the companies that will recycle it and find a way to reuse its component parts. Recycling silicone, rubber, and metal toys allows companies to use fewer raw materials, which is a nice way to say thank you to the environment. After all, while a really great orgasm might do some damage to your headboard, it shouldn’t be a danger to the planet.
Tags:
Views: 1926
Related articles

Sexis asks: How do our sex lives—and the industries that support them—affect the earth? Starting with the basics, we present an open-ended dialogue on how our sexual choices impact our relationship with the planet and its ever-dwindling resources.