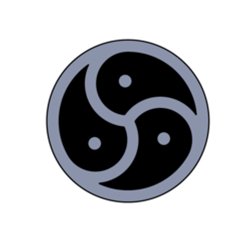 Top/bottom:
These are usually used to describe people that are not looking for a 24/7 D/s situation. Also known as "bedroom-only." These people are typically only interested in the physical aspect of BDSM, and if they do venture into the mental/emotional side, it is only for short periods of time. These terms can also be used when one partner in a relationship is a switch (or if they are both switches) and the other partner is either completely dominant or submissive. Sometimes that person will be willing to be a "service" top or bottom, so their partner can have all their desires filled without searching outside the relationship.

Dom/sub (D/s):
These people may or may not be 24/7 but typically this type of relationship goes beyond the bedroom. The level of control that goes on outside the bedroom can vary widely. These terms are probably the most common identifiers in the BDSM world because they are so open to interpretation. People in this type of relationship may separate D/s from the rest of their relationship. By this I mean there may be times where one or the other chooses to call a D/s timeout so they are able to discuss things as equals. Safewords are typically included in a D/s relationship at least in the beginning, but a couple may reach a point where they are no longer necessary.

Master/slave (M/s):
The people that identify this way are usually in 24/7 relationships. That means this is their life and they do not separate M/s from the rest of their relationship. The Master is typically in control when it comes to everything. They will usually make decisions with their slave's interests in mind, but ultimately they make the decisions. Because of this, an M/s relationship is not something that should be entered into lightly. Most relationships that are M/s did not start out that way. Most start out as D/s, and as trust is built, they eventually transition to M/s. By the time an M/s relationship is reached, typically safewords are no longer used. In fact, many Masters feel a safeword undermines both the relationship and the control a Master has over their slave.