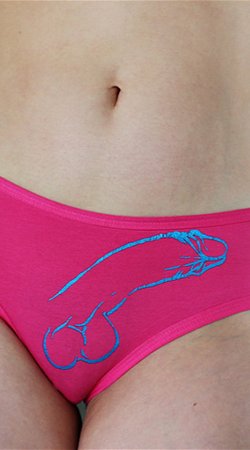 Gender:
The identity in your head, what you see yourself as. This can be man, woman, boy, girl, agender, queer, dickgirl, neutrois, neutral, the list is endless. Your gender identity can be anything, regardless of your birth sex.

Sex:
The physical sex you were assigned at birth, such as male, female, or intersexed (and everything in-between). This is normally correlated with your gender, but not always.

Sexuality:
Who you're attracted to defines your sexuality. In many people, sexuality is fluid and fluctuates throughout one's lifetime. Some sexuality labels include heterosexual (straight), homosexual (gay), bisexual, pansexual, and asexual, however there are many more sexualities and variants.

Transgender:
The umbrella term for anyone who doesn't entirely identify with their birth sex and expected gender roles, someone who is not completely cisgendered. This includes transsexuals, transvestites, genderqueers, gender neutrals, agenders, neutrois, bigenders, two-spirit, gender fluids, queers, questioning and more. You can be transgendered without ever planning on surgery, crossdressing or using different pronouns, this is solely an identity, an umbrella term with unlimited possibilities. 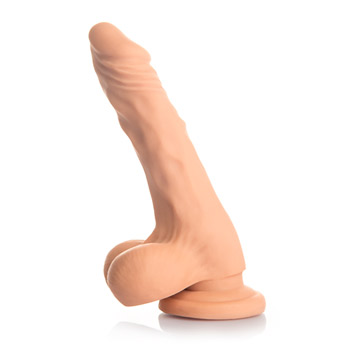 Cisgender/cissexed:
Cissexed is someone who is comfortable with their physical birth sex, regardless of their gender presentation. Transvestites, while they fall under the transgender umbrella, are often cissexed, but not cisgendered.

Keep in mind that none of these have anything to do with someone's sexuality. Gender, sex and sexuality are all entirely separate.

Cboy/Cuntboy/Vboy/Vaginaboy:
This term, also used mainly in porn, is used to describe a man with a vagina in place of a penis. This term is often tagged on FtMs and other people regardless of their gender identities and is very offensive. Don't use this unless someone specifically says it's what they prefer. Like dickgirl, it is an actual identity. This term is completely separate from transmen in that they are not females who identify as men and are/want to pursue a life as a normal man. Someone who identifies as a Cboy can be born any sex, but the general definition is someone who is masculine, has a male build with no breasts, and a vagina.

Trap:
"Trap" is usually used in porn to describe someone who presents and appears one sex, but is actually another. This is typically used to describe transwomen, however this is inaccurate, a true "trap" is someone who is usually a cissexed cross dresser, typically a male presenting a woman, who is not obviously male in any way. This is close to transvestism, but sometimes traps will have breasts and seek hormone therapy, sometimes presenting as women full-time. Sometimes dickgirls, and less often cuntboys, will be labeled as traps. The typical "trap behavior" further separates a transvestite from a trap, traps are often extremely convincing with their appearance and enjoy getting people in bed with them who are attracted to their presented gender, only to surprise them before sex. Never refer to a transwoman or transman as a trap without their permission!

Transvestite:
Someone who gets sexual arousal from presenting as the opposite sex, is not transsexual (but they can be to a varying degree), and is not necessarily a trap. Transvestitism has nothing to do with one's sexuality. For example; a man who gains pleasure from presenting as a woman may be obsessed with women and femininity, and be attracted to women. A transvestite is not the same as a transsexual because they typically do not wish to physically become the opposite. Many drag queens are transvestites, but not all are. There are many varying degrees of transvestism, some only dress up at home, some only dress up in comfortable social circles, some preform, and some present as the opposite sex regularly in public.

Herm/Hermaphrodite:
In pornography, herms are people with breasts, penises and vaginas who often have a feminine build. Dickgirls and transwomen will often get mislabeled as hermaphrodites. They are quite different and you should never refer to a transwoman or dickgirl as a herm/hermaphrodite without their permission. In real life, the word "herm" is outdated, and has been replaced with the more accurate word "intersexed". Intersexed people have any combination of genitalia, somewhere between male and female. The "herms" you'll see in porn are often transwomen, traps, dickgirls and other sorts of people who are not physically intersexed or "herms" at all, but once in a while you do see true intersexed folk in porn. You can usually tell right away by the size of the male section of the genitals. On a true intersexed person, it's usually quite short and the vagina (if penetrable at all) is shallow and won't have a clit (the male portion is what the clit grew into). Each intersexed person is different, and many intersexed folk don't even appear to have "both". They sometimes appear to just be swellings or deformities of male or female genitalia. If you want to read more or see some illustrations of the different types of intersexed genitalia, this is a really incredible article: http://intersexroadshow.blogspot.com/2011/04/intersex-genitalia-illustrated-and.html

Remember to always ask before referring to someone as one of these terms, as they are commonly misused and are very offensive and disrespectful to most transfolk. Never assume that someone wants to be called a "shemale" or "trap" unless you hear them refer to themselves using those terms, be respectful, and if you're unsure or curious, ask!
Tags:
Views: 4011
Related articles 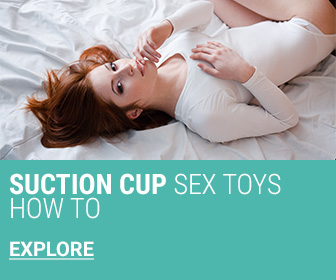