The T in LGBT 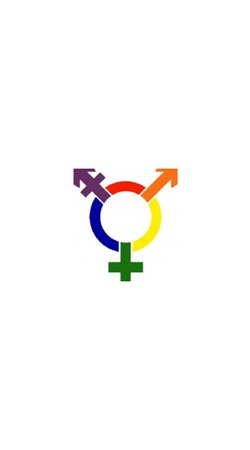 http://www.vanderbilt.edu/innervu/news/lgbtqi-friday-trans-open-house-and-safe-zone
What do transgender and transsexual mean? What are appropriate terms to use when talking to someone who identifies as trans?

"I am rather disturbed by the fact that so many people—who are neither medical professionals nor trans themselves—would want to hear all of the gory details regarding transsexual physical transformations, or would feel that they have any right to ask us about the state of our genitals."

— Julia Serano, Whipping Girl: A Transsexual Woman on Sexism and the Scapegoating of Femininity

I feel like in the last few years transgender or transsexual persons are being featured more and more in the media. While this can be a positive thing, it can also be frustrating when people say things that are rude or use slang words that are offensive. Consider this article to be your trans 101 guide for how not to offend. Perhaps you are asking yourself if I am trans (I am not) and if not why the heck am I writing this. I have been engaged to a trans man previously and have dealt with a lot of "uneducated" questions from my friends, even my queer friends. I feel like I have spent a lot of time explaining this to people over and over again although I am by no means an expert.

Transgender is an umbrella term used to describe anyone who is gender variant like transsexuals, drag queens, genderqueer individuals, intersex individuals, and those who just play around with the social construct of gender or how one is read as male or female based on hair style, physical appearance, or dress. Transsexual is a term that is usually defined as a person who was born with genitalia and sex characteristics that do not agree with how they see themself. Transsexuals may undergo hormone therapy and/or surgeries to alter their genitalia so that it agrees with who they are. MTF is an abbreviation used for Male to Female to describe those individuals that transition from Male to Female. Likewise, FTM is an abbreviation used for Female to Male to describe those individuals who transition from Female to Male. Transitioning is different for every person and each person has certain words or questions that they might not be comfortable with.

Certain words are not okay to use when talking to a trans person and the main one I can think of is "Tranny". Neil Patrick Harris, Lance Bass, and Kelly Osbourne have all issued public apologies for using the word "tranny" in interviews. Now Neil Patrick Harris and Lance Bass are both publicly out as gay and members of the LGBT community but GLAAD had to point out to them that this word is offensive. Another term that might be offensive is "shemale" as this term is used by those in the porn industry. Now some transsexuals might use these terms to refer to each other, but that is much different than someone outside the community using that word.

It never is okay to start asking them about their genitals. Think about how you would feel if that happened to you. Another one is "How do you have sex?" Trans people that I know take great offense to this because they have sex just like everyone else. This question implies that trans people are deformed or unable to have sexual relationships. My favorite uneducated question that people ask is "What's your real name?” or "What was your name before?" Trans people change their names and whatever name they choose is their real name. Asking someone their birth name is extremely rude and just a way to try to see them as who they were before. Trans people have to do a lot of paperwork to get those names legally changed and deal with the DMV. These questions really showcase a lack of respect for the person and over interest in trans people for all the wrong reasons.

Another thing that happens is calling the person the wrong name or pronoun if you knew them pre-transition. When this happens, apologize and move on. Don't make a big deal out of it. It's also nice if you don't introduce your friend as trans or gossip to people about this person transitioning. There are a lot of hate crimes committed against trans people every year. For people outside of that community it can sometimes be hard to understand that if you out someone as trans you potentially put them in danger. Not to mention it's not your story to tell. Trans persons are some of the most brave and amazing people that I have ever known and should not be treated as curiosities. They should be treated like everyone else because they are like everyone else. Don't make assumptions about who they are as a person or what is okay for you to ask/say to them. Think about what you say before you say it and consider if you would want someone to ask you that question.
Tags:
Views: 1893
Related articles