Mother and Daughter Model Lingerie ... Together 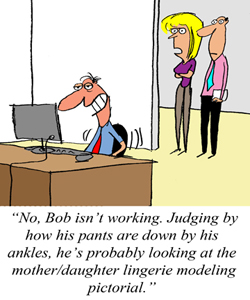 Creepy or commendable?
When we read “mother/daughter lingerie modeling” we thought we were going to be in for something grotesque in a ridiculous, sideshow way. Maybe we’ve had too many conversations about reality TV lately, and expect everyone in the world to be hungry to look like an oversexed fool as long as there’s a camera present.

Looking at the pics in the story by Barbie Davenporte of LA Weekly about the mother-daughter modeling team posing for lingerie company The Lake and the Stars we didn’t see anything we’d call disturbing. Unusual, yes. Intriguing from the perspective of “What was it like for them to shoot it?” for sure. And definitely making good on its stated interest in addressing the psychology of female relationships.

The Lake and the Stars is co-owned by Nikki Dekker and Maayan Zilberman and Zilberman told the Huffington Post last November (just in time for Christmas shopping, we note) “A lot of the themes that we’re dealing with are about psychology between women as they're growing up and dealing with family politics or women in the workplace,” and “We always poke fun at these ideas that people take really seriously, but we’re trying to make it so that people can talk about it and have a sense of humor about it.”

The women –who aren’t professional models, but Zilberman’s next-door neighbors– have what she noticed was a very close relationship, not one that all moms and daughters have and one she wanted to capture on camera.

Or this week’s winner of the “made-ja click” award? Don’t act like you didn’t.
Tags:
Views: 1831
Related articles