Mr. Sexsmith’s Other Girlfriend: What You Can Do To Support Queer Youth 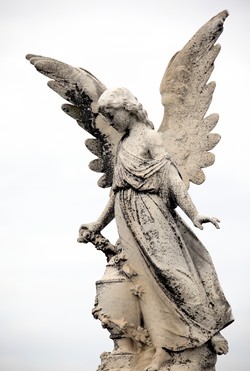 On Sunday, October 3rd, in New York City, there was a vigil for the six kids under twenty who have committed suicide in the past month as the direct result of homophobic harassment, assault, and bullying.

I am interested in vigils—a gathering of people, coming together for a common cause, to feel the camaraderie of joint experience and to brainstorm action for the future. I am interested in witnessing political leaders come out to make statements about the tragedies in minority and oppressed communities, as Governor David Paterson did on Sunday.

“I am no stranger to bullying,” said Paterson, as reported by the NYU Local. “I know how it is when you are singled out for persecution for being no more than what you were born as.”

Some of the kids who committed suicide were out as gay, but some were not, and may or may not have grown up to come out of the closet. Some of them were as young as 13—and while some of us are certain of our sexualities at 13, plenty of us are not. Who knows what they would have grown up to become: the next great LGBTQ rights activist? The one who would have found a cure for cancer? The one who would’ve written a great American novel? What have we lost because we lost Billy Lucas, 15, in Indiana on September 9th, and Cody Barker, 17, in Wisconsin on September 13th, and Seth Walsh, 13, in California on September 18th, and Asher Brown, 13, in Texas on September 23rd, and Tyler Clementi, 18, in New Jersey on September 29th, and Raymond Chase, 19, in Rhode Island on October 1st?

I know that just looks like a long string of names and dates and numbers and places, but these were real people, with parents and siblings and dogs who would sleep at the foot of their beds every night, and classmates and friends and grandparents and dreams and journals inside of which they would write their hopes.

And these six boys are not all, of course. Many more reports of bullying and discrimination come in from all edges of the U.S: From taking the title or “prom king” away from a trans guy, to not allowing a girl to bring her date or wear a tux to the prom, to the broken arm of a boy who wanted to join the cheerleading team, we have problems in this country with gay bashing, and with the policing of masculinity, forcing boys to comply with gendered rules.

So I am interested in vigils, but I am more interested in action. And that’s what’s been on my mind in this last week: What can I do? What can we all do?

Here’s what I’ve come up with.

Actually talk to LGBTQ youth and ask what it is they would like to see done, what they think would help, how it is that you can help them. Get their ideas. Talk to them. Be open. Listen to their experiences.

Volunteer at a gay youth organization in your area. Meet some online. Mentor a gay youth that you know. Start a gay Big Brother/Big Sister program in your area. Take a gay kid out for a fancy dinner. Invite them to your house to hang out with your partner and watch a classic gay flick. Normalize your own relationship, and make yourself available to them, should they desire to open up to you.

3. Does your high school have a Gay-Straight Alliance (GSA), or a Parents & Friends of Lesbians and Gays (PFLAG) group?

You should know that! Do a quick Internet search, or make a few phone calls, and I’m sure you can figure it out. How can you get in touch with the kids who are in charge? If they don’t have one, you can still bet there are gay kids at your high school. How can you get in touch with them? Who were your favorite teachers at your high school? Can you contact them? Do you know any out teachers? Could you get in touch with the librarian and send them some of your favorite gay books to be added to their library? When your GSA has their next meeting, can you get a florist in your hometown to deliver two dozen roses with a love note of support? Can you visit next time you go to town? Can you donate your five favorite gay films to the GSA? I wonder what the kids at my high school’s GSA would say if I asked them what I could do to support them, what kind of resources they need, what message they have to send to the world. And I don’t have to just wonder—I can reach out and get in touch.

Donate to organizations that support gay youth. Donate to organizations that support LGBTQ rights of all kinds, since some of the origins of the bullying of gay youth is the “we learned it from watching you” effect, trickling down from adults. Make it better for all LGBTQ people, and the kids will have it better. Not all of us can be leaders of the gay rights movements—some of us have to fund it. Some of us have to consume and support the projects of the LGBTQ movements’ activism.

Want some more specific places to send your money? Sure, here ya go: The Trevor Project, a 24-hour, national crisis and suicide prevention lifeline for gay and questioning teens. The number is 1-866-4-U-Trevor. The Matthew Shepard Foundation runs Matthew’s Place, an online community and resource center for LGBTQ youth. GLSEN is also a great organization that is working to eradicate bullying in schools. Welcoming Schools is an LGBT-inclusive approach to addressing diversity, stereotyping, and name-calling in grades K-5, visit them at welcomingschools.org. The GLBTQ Online High School is a safe place where you can get a complete high school education and diploma from anywhere you have Internet access.

5. Upload a video to the It Gets Better Project

Dan Savage and his partner Terry started a YouTube channel called the It Gets Better Project, asking people to upload their own messages to LGBTQ youth. Though the project has been critiqued as being shortsighted (“It Gets Better?” What about when it doesn’t get better? What about how bad it is right now?), I urge you to watch the videos, and to contribute. The messages are broad and encompassing, and are an amazing storytelling depot of what it was like for queer youth to struggle through high school. Give your message to queer youth a platform by contributing to the project.

Some of us are already working our asses off with activism, gender rights, and fighting discrimination, pushing the edges as hard and as fast as we can. Keep going. Don’t burn out. We need you, and the work you’re doing. Take care of yourself. Contribute, however you can. And thank you.
Tags:
Views: 1429
Related articles