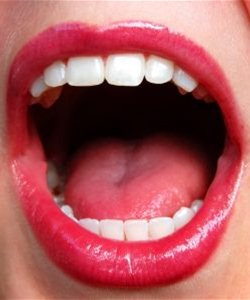 So you might be asking yourself what exactly is a gag? A gag is an object that you place in someone's mouth typically with the goal of silencing them, but occasionally the purpose is to keep their mouth open or something else. I associate gags with an act of submission. Being able to speak and communicate is being equal. You can have a conversation. You can interact with each other. But when that ability to communicate is removed, you give up your authority and you give it to your dominant partner. But gags mean other things to other people. Sometimes they are for aesthetic appeal, sometimes they are for humiliation, and sometimes they are because of the functionality of the gag. Gags can also be bit down on. If you are into sadism and masochism, often times having a gag to bite down into can make the experience more enjoyable. It just provides a nice outlet.

Next I think it is important to talk about safety. Firstly, you can never actually silence someone without completely cutting off all their air. So no gag will ever be able to completely silence a person. Anytime air is flowing you can make a sound (which is a good thing).

Also on safety. Gags do possess some risk. If you are sticking something in their mouth, you are cutting off some of their air supply. It is harder to breathe with a gag in. That being said, a healthy individual should have no problems breathing with a gag in. You breathe slightly through your mouth and mostly through your nose. But if you do have difficulty breathing such as with cystic fibrosis, COPD, asthma, or allergies, you should be a bit more careful. Just something to watch out for.

Because you cannot say no with a gag in, typically you will need some sort of signal as a safe word in case things get too intense. We use a three short and sharp cries system. The person just goes "Mhmm mhmm mhmm!" and that is the same as a safeword.

So what types of gags are out there? There are actually numerous different types of gags. And I will go over the most common types and you can decide which one you might want to try out.

Finally I want to just briefly touch on material. Silicone is the best in my opinion. It has no taste, no smell, and still has a great feel. Rubber is also commonly used, but it can have a bad taste and smell which can make the experience less fun for the wearer. Certain types of gags are made out of latex (like the butterfly and inflatable gags). If buying one of these, look for medical grade latex. Latex too can have a bit of a smell and taste and some people are allergic to it.

Ball Gags: This is what people commonly think of when they are talking about gags. The gag is sphere shaped with a strap running through the middle of it. The ball goes into the wearers mouth, sitting behind the teeth. Often these are 1.5 inches in diameter, but they do go up to 1.75, 2.0 and even 2.25 inches in diameter. The size can be important, especially if you have a smaller mouth. I would consider a ball gag moderate in how much they silence a person. You can still make noise, but definitely not words. 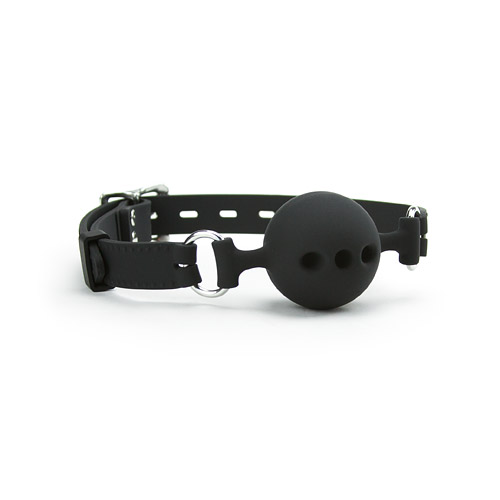 Though I could easily take off the gag, the knowledge that my new toy took away a bit of my control, my ability to speak, made my p***y start leaking. – DancerKittyKat

There are also modifications of the ball gag. The most common one is a breather gag. These are ball gags, but the ball is not solid; it is instead filled with holes. It very closely resembles a wiffle ball. They are similar to ball gags, but because of the air flow, it is easier to breathe when using one.

Bit Gag: These are gags that resemble a bit you use for a horse and they are often used in pony play (a specific type of role playing). Bit gags are long, narrow gags. They go from one side of your mouth to the other and sit between your teeth. Bit gags are possible to speak through. They are really more for aesthetics than gagging an individual. You can still talk pretty normally using one. Bit gags do cause some people to drool. Because they sit outside of the mouth, saliva can flow from the edges of the gag and drip out.

Butterfly Gag: A butterfly gag is an inflatable gag, often made out of latex. This gag is kind of shaped like a butterfly. There is a portion that sits behind the teeth similar to a ball gag, but then there are wings. Those portions fill up the sides and cheeks of the wearer.

O-Ring Gag: This type of gag is a round piece of metal, often wrapped in leather that is inserted into the wearer's mouth causing them to keep their mouth open. It keeps it in an O shape. This gag allows lots of air to pass through so it is very easy to breathe using this one. It does tend to press down on the tongue a bit, so speech does become very incomprehensible. The main allure of this gag is that the wearer’s mouth is still accessible. Often times oral sex is performed with this gag. It is inserted and then a penis is inserted through the open part of the gag. If your partner is a bit girthier or your mouth is smaller, this can be difficult because it can be hard to find a ring gag the fits the penis but is also still comfortable for the wearer.

Muzzle: A muzzle is a gag that goes on top of the mouth (not in it), around the back of the head and under the chin. A muzzle is actually quite similar to a muzzle used on an animal. It holds the jaw shut so speaking is difficult and then places a covering on top of the mouth to muffle any noises that come out. Typically these are made out of leather. Sometimes muzzles are mixed with a ball gag so that the panel on front of the muzzle has a ball behind it both filling the wearer’s mouth and being a muzzle on them. These types of gags are often seen in pup play (again a specific type of role playing).

Penis Gag: A penis gag is pretty much what it sounds like; it is a gag where a penis-like object is inserted into the mouth. The penis goes between the teeth and is strapped around the users head. This is fairly similar to a ball gag, but instead of a round ball you have a penis. This gag tends to go farther back into the throat, so if you have a strong gag reflex, this gag might be uncomfortable for you.

Head Harness: A head harness is really just a different set up for gags. Most gags have one strap that goes just under the ears. A head harness has an additional strap that goes along the top of the head. This adds more stability and makes it more difficult for the wearer to spit out the gag. Head harnesses typically exist for ball and ring gags.

Tape Gag: A tape gag is just a piece of tape over a person’s mouth. Oftentimes electric tape, bondage tape, or duct tape is used. You do want to be careful because removing the tape can be painful. Tape gags are also not very secure. If the person wiggles their mouth around, they can often remove the gag and they are not very good at muffling sound even. That being said, they are often associated with kidnapping or rape fantasies and do add an aesthetic.

Cleave Gag: A cleave gag is made with a scarf or a bandana. This type of gag is just a piece of cloth inserted into a mouth and then tied at the back. If you want, you can add a knot in the middle and make it more similar to a cloth gag. This type of gag does get wet which can be a bit chilly on the wearer’s mouth. This gag however can be made with everyday household items which is a definite plus.